On Sunday, Benjamin Netanyahu’s reign as Israeli prime minister ended. But for the Palestinian people, the new government under Naftali Bennett will mean more of the same brutal repression, occupation, and apartheid. 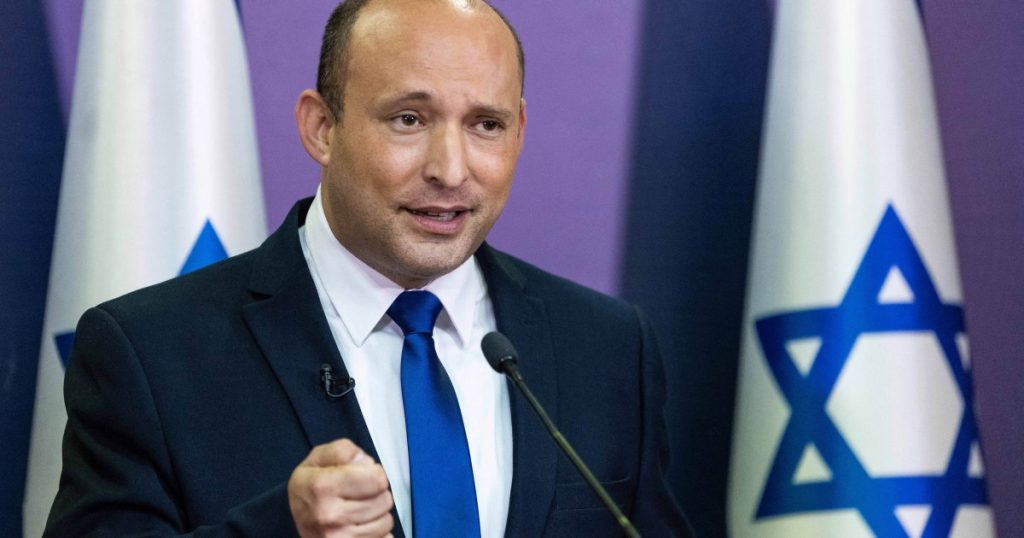 Benjamin Netanyahu’s 12-year reign as Israeli prime minister has ended. On Sunday, the Israeli Knesset (parliament) gave a vote of confidence to the coalition of opposition parties, paving the way for Naftali Bennett to take over as the country’s leader. Bennett, a religious tech entrepreneur and leader of the right-wing Yamina party, will serve as prime minister for two years. The post will then be taken up by Yair Lapid, a former TV presenter and journalist who founded the Yesh Atid party. The vote of confidence was 60-59, with one abstention.

The new Israeli regime is betting on overcoming the political crisis and gridlock that led the country to hold four elections in two and a half years. After the violent offensive against the Palestinian people and the bombings in Gaza last month, Israel encountered a new reality: an Arab resistance that, this time, united all Palestinians, including those who, despite having Israeli citizenship, are treated as second- or third-class citizens.

On the other hand, the Zionist regime has also observed how the Israeli ultraright and settlers terrorize — in some case even murder — Palestinians in mixed Israeli cities. The Netanyahu government and other Israeli political forces encouraged these actions,  and the police itself let them take place. But the attacks on Palestinians again aroused international opposition and marches, as well as demonstrations by Jewish Israelis, albeit small ones.

Bennett was referring to this situation when he said, ahead of Sunday’s vote, “This time, at the decisive moment, we have taken responsibility. We understood that we have to safeguard our home. To continue on in this way — more elections, more hatred, more vitriolic posts on Facebook — is just not an option. Therefore, we stopped the train, a moment before it barreled into the abyss.” In the last sentence, Bennett criticized Netanyahu without naming him, since, logically, the latter was this train’s conductor.

Against this backdrop, Bennett made clear in his swearing-in speech where his policies will be oriented.

He referred to Iran, stating that it “has established terrorist outposts — from Syria, through Gaza and Lebanon, and to Yemen.” He added, “Israel will not allow Iran to be equipped with nuclear weapons. Israel is not party to the [US nuclear agreement with Iran], and will maintain full freedom to act.” This was a message for the Iranian state, but perhaps also a warning for the U.S. government, given that President Biden intends to reestablish the US nuclear agreement, albeit with certain conditions.

Bennett thanked the U.S. government, highlighting the strategic alliance that the imperialist country maintains with Israel. He also mentioned Biden’s position in the face of the criminal Zionist attack on the Gaza Strip: “On behalf of us all, I want to thank the president of the United States of America, Joe Biden, for standing alongside Israel during the last operation in Gaza, Guardian of the Walls, and for his long-standing commitment to the security of Israel.”

Bennett staunchly supports illegal Israeli settlements in East Jerusalem and the Occupied West Bank, and he once helmed Yasha, the West Bank settler council. Unsurprisingly, he has affirmed that he will expand the settlements in Area C of the West Bank, an area of Palestinian land where Israel has absolute military and administrative control thanks to the Oslo Accords. This is consistent with his career-long push to fully annex the area. His announcement came hand in hand with the proposal to economically reinforce the Israeli army. This can only mean a deepening of the attacks and oppression that the Israeli Defense Forces maintain over the Palestinian people.

Finally, as a response to the increase in unemployment in Israel, Bennett generically proposed a plan for jobs, especially in the tech sector, and economic aid for small businesses, such as kosher restaurants.

In general, Bennett appealed to national unity, although he focused on the ultra-Orthodox sector.

What is clear is that for the Palestinian people, the new government will mean more of the same brutal repression, occupation, apartheid, and violence. Fundamentally, Bennett’s new government will aim to preserve the foundations of the “Jewish National State of Israel.” We must continue to show our solidarity with Palestine and to demand the end of all foreign support to the oppressive Israeli regime.

First published in Spanish on June 13 in La Izquierda Diario.