What the Fourth of July Means to a (Wage) Slave

Left Voice editor and contributor reflects on the ‘Farce’ of July. 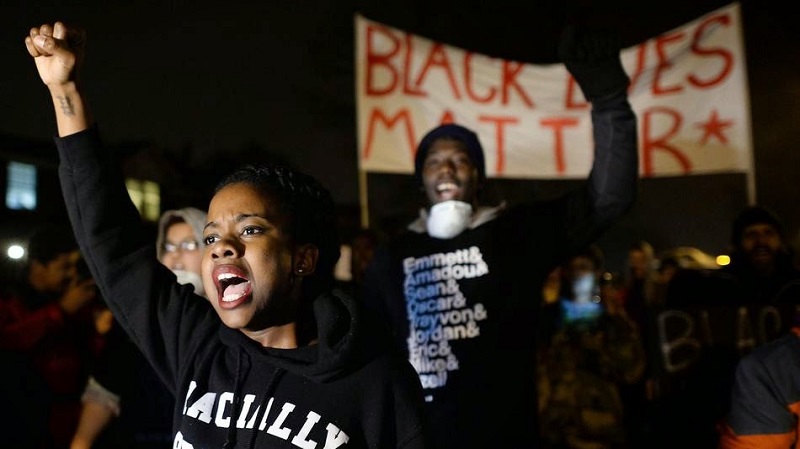 Dedicated to those who resist slavery: chattle, wage and prison

And Fredrick Douglass’ words ring truer now.
3 million locked up, Black and Brown then how…

How is a country “the land of the free”
with the most people in prison? Its fallacy!!

And jingoists yell, “If you don’t like it leave!
Go somewhere else!!” but there is no reprieve.

This country attacks all those who rebel.
Obey Uncle Sam or he’ll bomb you to hell.

The people are rising world round every day.
Keep doing that here. I won’t go away.

I will stay and fight your farce of July.
Your phony jubilation – Rotten apple pies.

Fight from inside the belly of the beast.
Disrupt the party. Spoil the feast.

The Government sings “It’s a home of the brave”!!!
A home for capitalists-a trap for wage slaves.

A home for bigots feeling safe in their system.
A home for the bullies and those who defend them.

For the oppressed and workers we are never at home.
Attacked by police, spied on by drones

Our wages are small, rent is too high.
There is no independence on the Fourth of July.

The brave have no home, no country or flag.
So keep your red, white and blue, that imperialist rag.

Celebrate the heroes who rebelled before us.
Like Harriet Tubman and Frederick Douglass.

Abandon the flag of stripes and stars
the butchers apron- Confederate bars.

For the international struggle workers have no borders.
Take down the bosses, the pigs and the hoarders.

This Fourth of July read Fredrick’s word.
Freedom will be coming-act like ya heard.

But it won’t be under the flag of might.
Take the Amerikkkan flag and spark the fight.

—
This poem was originally published in Left Voice on July 4, 2015