While voter suppression received notable attention in the months before the midterms, problems at voting stations on Election Day presented new obstacles for voters around the country. 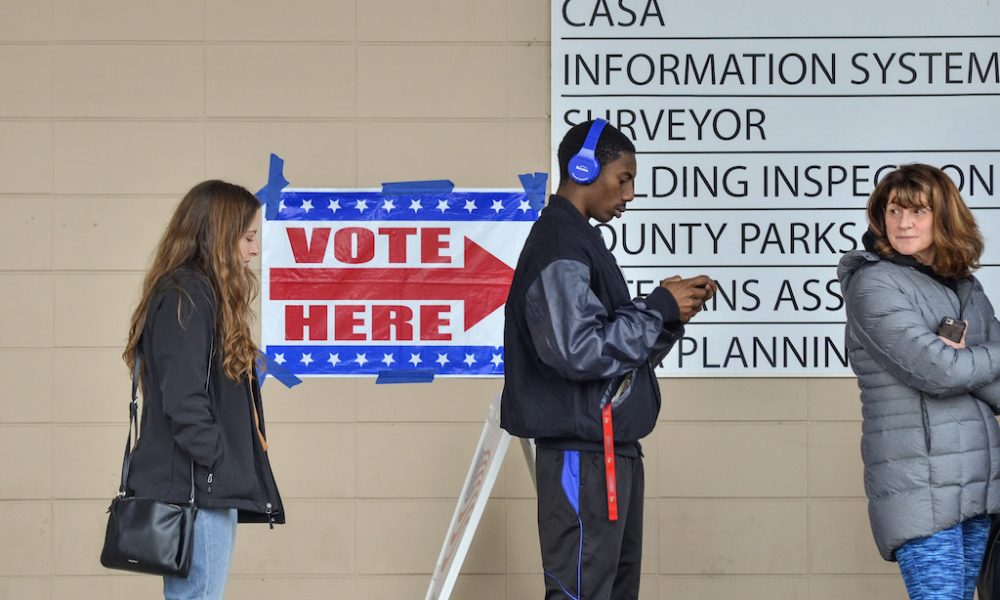 The historic win by women and people of color in the midterms the other night occurred despite concerted efforts to suppress the vote that elected these candidates. Voter suppression was reported around the country to shocking degrees in the months leading up to the 2018 midterms.

Election day presented voters with its own challenges. There were blatant obstacles set in front of key minority voters in North Dakota, Georgia, Florida and elsewhere. Then there were the countless mishaps that halted voting in stations around the country.

Long lines forced voters to wait for hours until they finally gave up and left. Voting machines broke down as early as 8:30 a.m. at one station in Brooklyn, according to the GroundTruth Project.

Voters in Florida were told their names were not on the list of registered voters and they would “have to come back next time.” Others were told their signatures did not match their registrations.

Despite rampant voter disenfranchisement in the state of Florida, ex-felons gained the right to vote in a sweeping approval of Amendment 4. Improvements on voter registration were also approved in Maryland, Nevada and Michigan.

Other states voted in the other direction, including Arkansas and North Carolina, where voter ID laws were tightened with further restrictions.

Reports from around the country leading up to the midterms showed a country at war with itself. Some have questioned the real impact voter suppression has on the final count, but the numbers speak for themselves. Well-known examples included Georgia gubernatorial candidate Brian Kemp, who, as Georgia’s Secretary of State, has steadily smothered the black vote in the state since 2010. Kemp won by less than 65,000 votes, making the 53,000 voters disenfranchised by Kemp’s “exact match” law seem that much more important.

Similarly the candidate in favor of voter ID laws in North Dakota defeated Democrat Heidi Heitkamp for Senate. Native Americans scrambled to organize and scrape together addresses that would meet the outrageous demands of a key provision of the state’s voter ID requirement. Activists known for braving the weather and the brutality of the police force at Standing Rock during the months-long protest against the Dakota Access Pipeline in 2016-’17, organized again to register their communities to vote. The state, remains red.

The results of the 2018 midterm election were mixed. The Democrats won back the majority in the House of Representatives and the Republicans increased their stronghold in the Senate by one seat. Women, people-of-color, Muslims, openly homosexual, Native American and one Somali-American were elected to Congress, filling the legislative branch with a record number of women and minorities.

Whether it was concerted efforts by Republican state governments to suppress the unfavorable vote, long lines or faulty machines, voting was not easy this midterm election. It shows that voters cared and were willing to wait, to weather the sheets of rain downpouring in the Northeast, to ask for provisional ballots when they were turned away. It also revealed the dire situation that American democracy is in. While the election of women and minorities is cause for celebration, voter suppression is still a major hurdle for racial minorities to exert their basic democratic right.