The French government says it’s ready to talk about autonomy for Guadeloupe and Martinique, its Caribbean territories. That’s all about trying to calm the crisis in the West Indies and, at the same time, divide the movement. 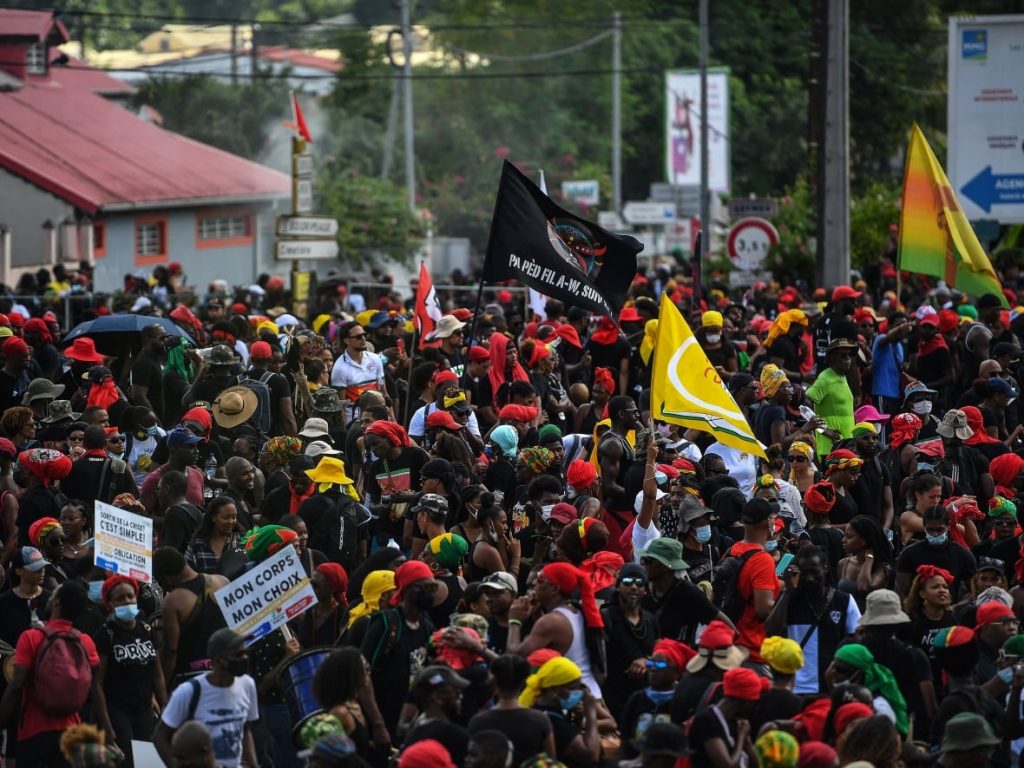 On November 26, France’s Minister of the Overseas Sébastien Lecornu surprised everyone by mentioning the government’s readiness to discuss autonomy for Guadeloupe and Martinique, its two “departments” in the Caribbean — both have which have been wracked by a deep social crisis that has gone on for several weeks. The proposal seems to have been just pulled out of a hat. Indeed, the current movement has not once raised autonomy among its demands, despite the objective anti-colonial character of the mobilizations. The minister says the question came up in discussions with local elected officials.

Not unexpectedly, the proposal attracted the wrath of the Right and extreme Right, quick to stir up the fantasy that territories still colonized by France were about to be given their independence. But what is the government after by making such statements?

Very quickly, the minister “smoothed the edges” by clarifying that there had never been a proposal about independence. But clearly one of the government’s objectives is to offer to open a discussion on possible autonomy for these territories as a way of creating the illusion that their populations can make their own decisions on a range of issues — and thus neutralize discontent. The government is holding out the possibility that such autonomy would allow people in Guadeloupe and Martinique, and perhaps even French Guiana, to vote — within specific frameworks, of course — for their own laws and how to apply some measures that are established back in Paris. With respect to what’s going on at the moment, it would mean being able to decide not to comply with the vaccine mandate and passport. Thus, something that might happen sometime in the future is meant to be a “substantive response” to some of the demonstrators, particularly hospital staff, firefighters, and some tourism and catering employers.

The government, though, has an ulterior motive: divide the movement. Autonomy has been raised in the past, and in Guadeloupe it was put to a referendum vote in 2003 and 2010. Both times, it was rejected by voters, many of whom see autonomy not as a step toward independence but as something that would substantially reduce the French government’s investment in the territory’s health, education, and social assistance. In other words, there is no consensus on autonomy within Guadeloupean society, and raising it could produce divisions in the current movement.

Referendums of this sort have only one real objective: reinforce the hold on and “legitimacy” of the French colonialist, imperialist state in its colonized territories.

Despite the fantasies stirred up by the Right and extreme Right, the French government has no intention of putting the question of independence on the table or even of reducing its control over its territories in the West Indies. French imperialism cannot afford to weaken its most important positions in the world. The Antilles–Guiana region serves as one of the most important support points for France’s global military system, with military bases, the presence of a thousand soldiers, and notably the Guiana Space Center in Kourou. It will take more than some highway blockades and demonstrations to make French imperialism abandon such strategic positions.

The current movement’s focus is not on autonomy, and even less so on the independence of these territories. It has been raising social and political issues, beginning with a challenge to mandatory vaccination in the face of irresponsible and authoritarian management of the pandemic that feeds popular distrust of the already widely discredited words out of officials’ mouths. The movement also focuses on the problems of water supply (another key public health issue), unemployment and the precariousness of youth, and the high cost of living. As Elie Domota, spokesperson for Liyannaj Kont Pwofitasyon (LKP, Stand Up Against Exploitation) — a collective of about 50 trade unions and social movement groups in Guadeloupe — puts it:

The questions of collective agreements that are not enforced, water that never reaches the tap or that is poisoned with chlordecone, 60 percent of youth under age 25 unemployed — how can opening a debate on autonomy today solve these problems? When the time comes, we can talk about anything we want, but right now the crucial issue is the people who have been suspended [from health-related jobs] — there are now nearly 3,000 of them, on an island with 380,000 inhabitants — and the 250 private practices that have been closed. That is causing a public health problem. It is what needs to be addressed.

Again, the government’s proposal is above all a political maneuver — but a risky one at that. The question of the sovereignty of the region, in the face of colonial domination and despite any special statutes, is quite delicate. It could indeed revive national sentiment in these territories, in a context where in New Caledonia, a French territory in the South Pacific, such sentiment is agitating political and social life among the indigenous Kanak people. But it is not a simple matter for the workers and impoverished in the West Indies. French imperialism has made sure these territories are deeply dependent economically on France. Their economies are geared toward satisfying the interests of French capitalists and their allies among the “békés,” the local white bourgeoisie descended from the early French settlers.

Yes, the notion of independence does live deep down in the minds of trade union leaders, but as elected officials see it, we must not make a mistake with the timetable and skip any steps, because otherwise Guadeloupe and Martinique will be ungovernable — like Haiti or even worse. Indeed, the Haitian situation, for which the imperialist and colonialist powers are the main culprits, has historically been used as a straw man against any desire for independence in these colonized territories.

The right to self-determination of France’s last colonies will never be guaranteed by French imperialism. This fundamental right of the West Indian and Guyanese peoples can only be truly guaranteed by challenging the entire colonial and imperialist structure of dependence. To put it clearly, it is a matter of expropriating French imperialism and the béké bourgeoisie. That can come about only through a class-based revolutionary alliance among all the region’s colonized workers, as well as with the exploited and oppressed in France itself, with the objective of establishing a federation of socialist states in the Caribbean.

First published in French on December 3 in Révolution Permanente.