Free All Imprisoned Protesters and Drop All Charges! 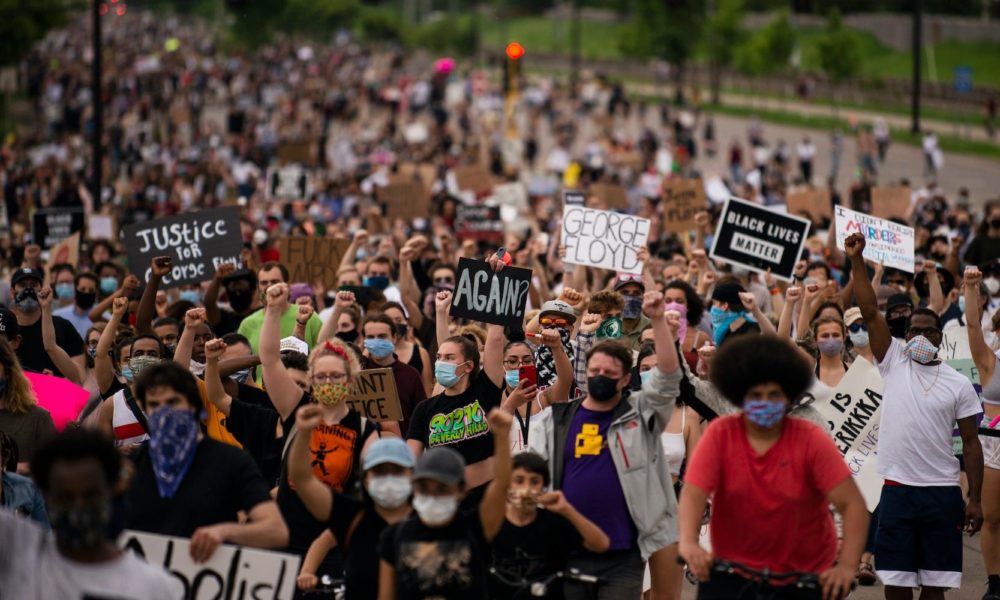 This past weekend, rage against police repression and racism continued with thousands in cities across the U.S. rising up. Furious over the murder of George Floyd, the rage has continued without hesitation. Protesters ignored curfews imposed by local and state governments and took the streets to demand justice for Floyd and other victims of police violence. Marching through tear gas, they confronted state and local police and forced them to retreat as they defied Trump’s tweeted threat: “They start looting, we start shooting.” Protesters even faced down heavily armed members of the National Guard who had been activated in several states to put down the protests. They set fire to buildings and cop cars, specifically targeting buildings linked to the police or other institutions of racism. Workers stood their ground in defense of the protesters as bus drivers in Minneapolis and NYC refused to transport arrested protesters to precincts.

The police locked up thousands of people in New York, Los Angeles, Atlanta, Detroit, and other cities throughout the country. In New York, police beat up activists. In Detroit, a 19 year old was shot and killed while at a demonstration. In incidents around the country, members of the press were attacked by police; one journalist was permanently blinded in one eye by a rubber bullet.  In addition, some protesters who were arrested, such as Samantha Shader, are facing trumped-up charges designed to imprison them for years on end. Such repression against protesters is unacceptable, and all of those arrested should be immediately released and all charges dropped.

A central demand of future protests must be the demand to free all prisoners and drop all charges. This slogan should be taken up not only at protests, but also by all of the unions that have issued statements against police brutality.  Workers, activists, and oppressed people throughout the U.S. and worldwide must defend the protesters and fight racism, police brutality, and vigilante violence.

The working class must take up the demands of the protesters in order to force accountability from the state. The enormous pressure exerted by the protests have led to the arrest of one of the four killer police officers responsible for George Floyd’s murder, but that is not enough. All four must be arrested and every arrested protester must be released and all charges dropped.