In ‘How to Kill A City’ Peter Moskowitz examines the process of gentrification as it has transformed New Orleans, Detroit, San Francisco, and New York. 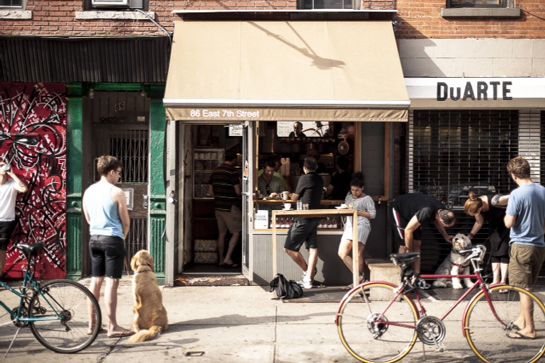 The author supplements historical analysis and quantitative data with interviews with long-time residents, city officials, corporate executives and new arrivals to explain why gentrification occurs, how it affects cities and their residents, and what might be done to fight it.

While each city had a different “Stage 0” that prepared it for gentrification (Hurricane Katrina in New Orleans, the declaration of bankruptcy in Detroit, the growth of the tech industry in San Francisco, and the anti-industrial, real estate-focused urban planning in New York that dates back to the 1920s), the overall process of gentrification in each place has followed similar steps. As urban studies scholar Phillip Clay outlined, first a few “pioneering” individuals, typically artists, punks, in some cases LGBTQ people, begin moving to a poor area. Second, people who are attracted to the changing neighborhood start buying real estate and the media begins to pay attention. Third, middle class gentrifiers take on decision-making roles, security forces increase to make them feel safe, and tensions between the old and new residents become more prominent. Finally, the gentrified neighborhood becomes richer, professionals replace the “pioneers”, and displacement is rampant. Moskowitz adds a fifth stage, when neighborhoods become luxury commodities, housing global capital rather than people.

To understand why neighborhoods are targeted for gentrification in the first place, Moskowitz provides historical context to housing policy in America, including the concerted push towards consumerism after WWII, the inception of the modern mortgage industry and federally-sanctioned redlining, the concentration of poor African Americans in urban centers and wealthy whites in suburbs, and the specifically racist and anti-radical sentiment bolstering all of this. Over time, the pattern has essentially flipped, so that capital now floods urban areas that have been intentionally depressed, bringing with it wealthier, mostly white residents, and displacing low-income residents (mostly of color) to surrounding suburbs. Moskowitz points out, perhaps too late in the book, that displacement is a founding principle of the U.S., which has “taken the form of slavery, segregation, the genocide of Native Americans, and now, to a certain extent, gentrification” (215).

While this history makes gentrification possible, the reason why it occurs is because it is profitable, and economic growth is the central objective of neoliberal society. Importantly, Moskowitz conveys how the drive for profit is deeply entwined with and dependent on racism – the racism that blinds mainstream society to revitalization efforts unless it involves white people, that places greater value on the desires and tastes of wealthier white people than poorer people of color, that encourages outsiders to be oblivious to the existence of previous residents. Moskowitz emphasizes that individuals moving into gentrifying areas are complicit though not solely responsible for gentrification. Rather, the state, corporations and financial institutions are behind much of it. This includes city officials, the police, insurance companies, banks, corporate CEOs, and the real estate lobby. Identifying these actors and placing them in historical and socio-political context allows us to understand that gentrification is neither arbitrary nor inevitable.

The participation of city governance in encouraging gentrification is particularly troubling. Moskowitz describes the “city-as-business” model where private investment is valued over health, diversity, quality employment, and popular participation in decision making. Rather than revitalizing a city by raising taxes and spending more on services for everyone, private entities that are not accountable to the public take over the role of planning and implementing services, resulting in cuts to jobs that help cities function and less equitable access to services.

On a basic level, the problem with gentrification is that it is an affront to self-determination, to one’s ability to stay in one’s home or decide where to live. Where it results in homelessness, it is a violation of the right to housing. On a material level, it is easy to understand how housing and gentrification affect people’s wellbeing.

Gentrification does not reduce the concentration of poverty – it just moves poverty farther away from city centers. Therefore, the risks associated with living in poor neighborhoods, including exposure to environmental hazards, oppressive police presence, and elevated crime, are simply transferred to new areas. As low-income residents are forced to move into the suburbs to find affordable housing, they are cut off from social services, functioning transportation, good schools, and job opportunities.

This reduces access to nutritious food, safe public spaces, and health facilities. Communities and activist networks are broken up, and people lose the mutual support of their neighbors. Moskowitz does not touch on how gentrification might differentially affect undocumented immigrants, but one obvious issue is that sanctuary cities – and the public services they provide to undocumented immigrants – are of no use to immigrants if they cannot afford to live there.

Moskowitz notes that gentrification creates parallel economies: one for non-natives with high-paying jobs with benefits, and another for natives with low-paid, precarious jobs. This exacerbates inequalities in health and well-being that already exist across class, racial, and migration status. As epidemiologists Kate Pickett and Richard Wilkinson argue, social inequality itself is associated with worse health outcomes – not just for the poorest. Unequal societies are characterized by higher rates of mental illness, imprisonment, obesity, and drug addiction compared to more equal societies[2]. While gentrification disproportionately harms low-income people, the segregation and social hierarchy that it intensifies is not good for anyone.

In the last chapter, Moskowitz lists a set of strategies to fight gentrification, including making more land public or collectively owned, increasing public participation in decision making related to housing and land use, regulating housing, building more public housing, ending protectionism of wealthy areas that could handle higher density housing, increasing taxes and wages, and spending more on the poor. Most of these suggestions rely on bureaucratic approval; the list could have also included more radical municipalist strategies such as those used by Cooperation Jackson and the Seattle Neighborhood Action Coalition, which are concerned especially with increasing direct democracy. That said, Moskowitz acknowledges that “there will be no solution to the crisis without true economic and racial equality” (214), and points to the need for a mass tenants movement in coordination with other social justice causes. He ends by encouraging readers to work towards personal and global change by resisting the isolating commodification of American life and reimagining ways of relating to each other in gentrifying cities – making clear that ordinary people, particularly when organized in collective action, have the power to make cities more livable, healthy, and just places.