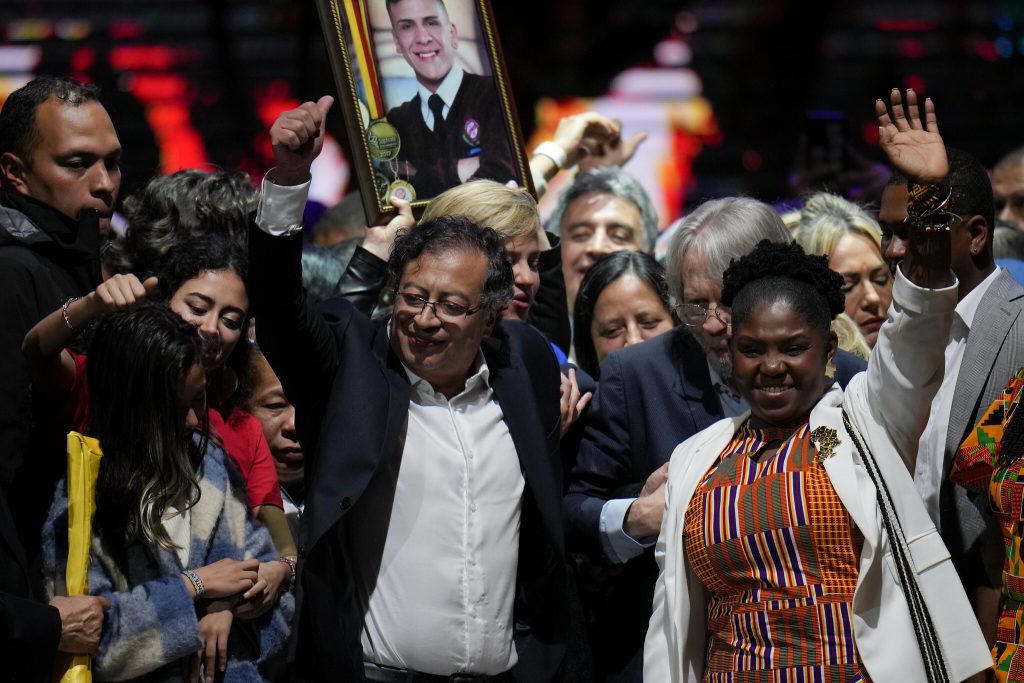 Yesterday, Gustavo Petro won the presidential elections in Colombia with more than 11 million votes, garnering not only the votes of his supporters, but also those of electors who chose the lesser evil in a context of profound polarization and intense hatred for the right.

In addition to winning Bogota, Petro declared victory in the entire Caribbean Coast, the Pacific Coast, and part of the Amazon (Putumayo, Amazonas, Vaupés, and Guainía). The vote count in the capitals of Colombia’s main districts shows that Gustavo Petro won in Barranquilla (64.16%), Cartagena (67.46), Cali (63.76) and Bogotá (58.59). For his part, right-wing candidate Rodolfo Hernández came out on top in Medellín (62.55%) and Bucaramanga (73.58%).

Petro’s victory has created great expectations among broad sectors of the population who have pinned their hopes on his candidacy. The elections were deeply influenced by the uprisings of 2019 and 2021 against Iván Duque’s government and the political regime as a whole. This was a period of social upheaval without precedent in recent times, in a country where internal tensions had been building up in response to the profound decline in the standard of living of millions of people. It led to the emergence of a mass movement that shook Colombia to its core. Since the mass uprising, the Historic Pact —Petro’s electoral coalition— has been in the best position to capitalize on the disaffection expressed by the movement. The results of this were seen both in the first round and in the second round held last Sunday.

Petro’s victory has put an end to a phase in Colombian politics in which the traditional right has never lost the reins, historically maintaining its alignment with the United States and acting as one of its bulwarks in the region.

Since the first round, and especially during the second round, the presidential elections in Colombia have been closely followed throughout Latin America, a region marked by political polarization, instability and fragmentation. With this outcome, Colombia joins the weak second wave of center-left and “populist” governments that have emerged as a result of a deviation towards electoral channels of mass discontent expressed in uprisings and revolts, like Gabriel Boric’s government in Chile, or as a result of a political and social crisis itself, like that of Pedro Castillo in Peru.

Petro’s victory is also a product of the deviation of the mass protests that began on April 28, 2021 and lasted for several months, following the uprising of November 2019. Since then, there has been a major shift in the political climate, and consequently in the electoral scenario, to which the political establishment has sought to channel the population’s discontent, fearing that an abrupt collapse of Iván Duque’s government would spark an unprecedented crisis and embolden the mass movement to demand more than just his resignation. As academic and former candidate Alejandro Gaviria put it: “There is a great deal of discontent. It might be better to have a controlled explosion with Petro’s victory than to leave the volcano bottled up. The country is asking for a change.”

Thus, the president elect has continuously sought to contain the uprising, often with right-wing policies, even launching attacks against those he referred to as “rioters,” who refused to leave the demonstrations on the streets. More than once he called for the national strike to be lifted, or just the roadblocks, which effectively amounted to the same thing.

On his path towards the presidency, and in order to make himself more palatable to the political establishment, Gustavo Petro established political alliances with traditional sectors, moving increasingly towards the political center. To ensure support from the left-wing electorate, and because there is a significant sector of the left that has criticized his adaptation to the right, Petro chose to appoint Afro-Colombian activist Francia Márquez as his running mate. Márquez had even obtained a large number of votes during the primaries, with broad support from grassroots and social movements.

In the last legislative elections, despite winning more seats, Petro’s coalition was unable to gain a majority. This means that he will need to create broad coalitions in both chambers of Congress in order to govern, strengthening his ties with more traditional sectors.

Even before the elections, Petro declared that he would call for the establishment of a great national agreement, saying “If I win the elections, I am going to call for a great national agreement based on binding regional dialogues. And all the leaders of the center —even Álvaro Uribe or whomever his forces may designate— will be called to the table by the president to discuss the reforms.” Petro’s call was thus an act of pure political symbolism. Francia Márquez, the new vice president, also asserted on the television network Caracol that, as soon as the electoral results were announced, they would call for a national pact that would include Álvaro Uribe’s sector.

As I discussed in an article during the first round of the elections, the political scenario in Colombia mirrors the one in Chile created by Gabriel Boric’s victory. The new Chilean president, in whom the working masses and youth who had taken to the streets had placed their hopes for the future, took less than two months to disappoint broad sectors of society with the agreements he made with the establishment, the political regime, and the Chilean military. He has not released the people detained in the uprisings, but has advanced in militarizing the region of Araucanía, repressed youth protests, and prevented the use of funds from Chile’s pension system (AFP) to meet the needs of the people. In short, his was a meteoric rise on the political scene that ended up changing nothing for the people of Chile, as a result of which his popularity quickly dropped by 20 points. Petro will undoubtedly follow in his footsteps.

That is why we believe that the struggle for the people’s demands that gave rise to the recent uprising continues, and it can be found on the streets. The majorities represented by the working class and poor, the youth, peasants and indigenous peoples can only rely on their own strength.

There will be no solution to the land question, the important demands of indigenous peoples and Afro-descendant communities, the structural problems of housing, health and education or the historic demands of the working class, without the organization and mobilization of the working people, with a policy of total political and class independence.

Originally published in Spanish on June 19 in La Izquierda Diario