Biden has shown a refusal to withdraw U.S. troops from Afghanistan. It’s a reminder that only the working class can end the “forever wars.” 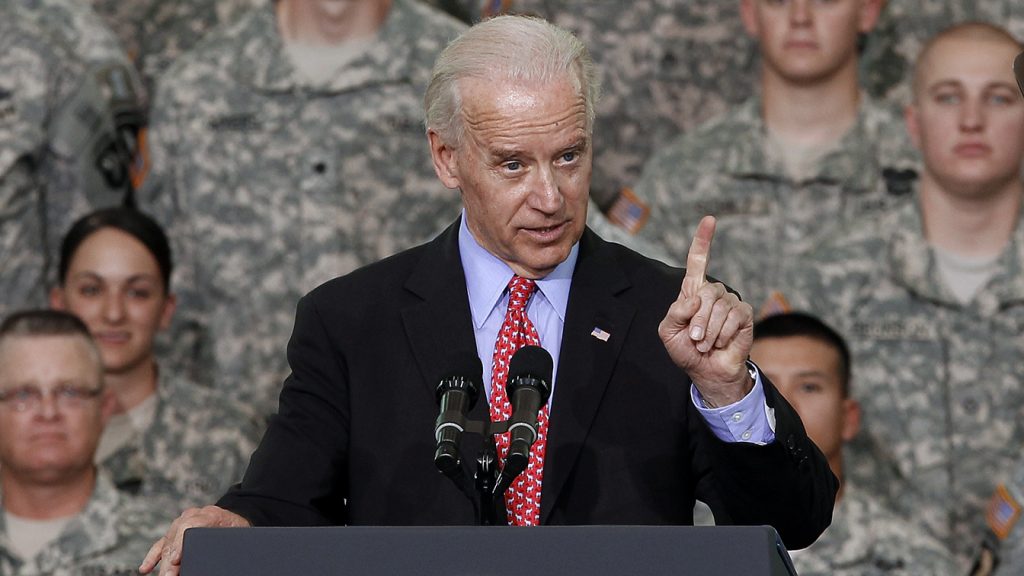 For a moment, it looked like the war in Afghanistan — America’s longest war — would end before its 20th anniversary in October of this year. That still could happen, but the Biden administration has recently cast doubt that it has any genuine commitment to withdrawing under the deal the Trump administration made with the Taliban to remove all U.S. troops from the country by May 1. This should serve as a reminder that only a working-class anti-war movement can effectively challenge U.S. imperialism.

This news comes from a recent New York Times article. While the Times reports no official decision to keep U.S. troops in Afghanistan, it suggests that officials are swaying Biden by citing an intelligence report that suggests the Taliban will take over Afghanistan the U.S. military remains in the country.

The Taliban (and the group’s support for al-Qaeda) was the original reason given to justify the war in the first place, not long after the 9/11 attacks on the United States. An investigative report by the Washington Post shows that U.S. officials never developed an exit strategy for Afghanistan, and instead spent the course of the war lying to the world with repeated claims of being closer and closer to “winning” without having ever made any real progress. There is no reason to believe anything will be different under Biden.

Whatever the outcome of the United States. leaving Afghanistan, there is no question that staying just means more death and suffering for the Afghan people. A report by the Costs of War project shows that 310,000 civilians have been killed by reckless combat and drone bombings that the United States has wrought since it first invaded the country in 2001. This does not account for the lives lost to elevated rates of disease due to lack of clean drinking water, malnutrition, and reduced access to healthcare — all conditions that existed in Afghanistan before the war but that have been severely exacerbated by the U.S. destruction of the country.

The Biden administration continues to push that keeping the Taliban from taking control of Afghanistan is to protect women’s rights. No one should believe this as a reason for the United States to extend an imperialist operation. If women’s rights were truly the Biden administration’s concern, then they would not be sycophants for the regime in Saudi Arabia — one of the world’s worst perpetrators of misogynistic violence.

In fact, one of the most prominent voices for women’s liberation in Afghanistan, Malalai Joya, has expressly criticized the U.S. military presence as prolonging the abuse of women in Afghanistan. In a 2013 interview with The Nation, she explains, “The U.S. and NATO presence is making the struggle for justice and peace much harder because they empower these reactionary terrorists, who are great obstacles for true democratic-minded elements in my country.”

U.S. imperialism has never been about supporting women or bringing freedom or any other idealist claims administrations use to justify their violent military incursions and occupations. U.S. imperialism is all about capitalism’s need to maintain itself through control of foreign markets and resources. As U.S. capital faces greater challenges to its declining global hegemony, most notably from China, it will continue to hold desperately to as much influence as it possibly can by maintaining its existing occupations and seeking new areas to wage war.

This past Monday, Rep. Adam Kinzinger (R–Ill.) said the quiet part out loud. At an event hosted by The Hill, the House Foreign Affairs Committee member stated that the United States should stay in Afghanistan to keep China from accessing the country’s mineral wealth.

Kinzinger’s perspective is the rule, not the exception, in the U.S. government. There is bipartisan support for a great power competition between the United States and China, and Biden’s secretary of state Antony Blinken and foreign policy advisor Jake Sullivan are particularly hawkish when it comes to China.

Defense contractors are also likely influencing Biden’s decision. The Department of Defense has already offered close to $1 billion in contracts to 17 different companies to supply arms and wage war in Afghanistan past the withdrawal date. These companies, some of which have contracts that extend into 2023, have grounds to sue the U.S. government if Biden withdraws from Afghanistan before the contracts end.

It is hard to know for sure which specific sectors of capital will play the biggest role in convincing Biden to stay in Afghanistan. However, it is abundantly clear that absent pushback from the working class, the United States will continue its imperialist operation in Afghanistan as long as capital has profits to gain from prolonging the war, which has already cost $2 trillion, injured or killed tens of thousands of Afghans, and killed 3,500 American troops — who enlisted mostly from Black, brown, and poor white communities as part of the poverty draft.

The war in Afghanistan is a tragic reminder of the worst extremes of capitalist violence. It is not too late to turn it into a reminder of the power the working class has to oppose imperialism. Through connecting our struggles as workers in the heart of the empire with those of workers subjected to U.S. imperialism in semi-colonies, and through militant organizing against the capitalist interests that drive imperialism, the working class of the United States can bring an end to the war in Afghanistan. We must because Biden certainly will not.