Wall Street has donated hundreds of millions of dollars to Biden and the Democrats this election cycle, an investment that will no doubt pay big dividends if he is elected. As always, it’s the working class who will be forced to pay the bill. 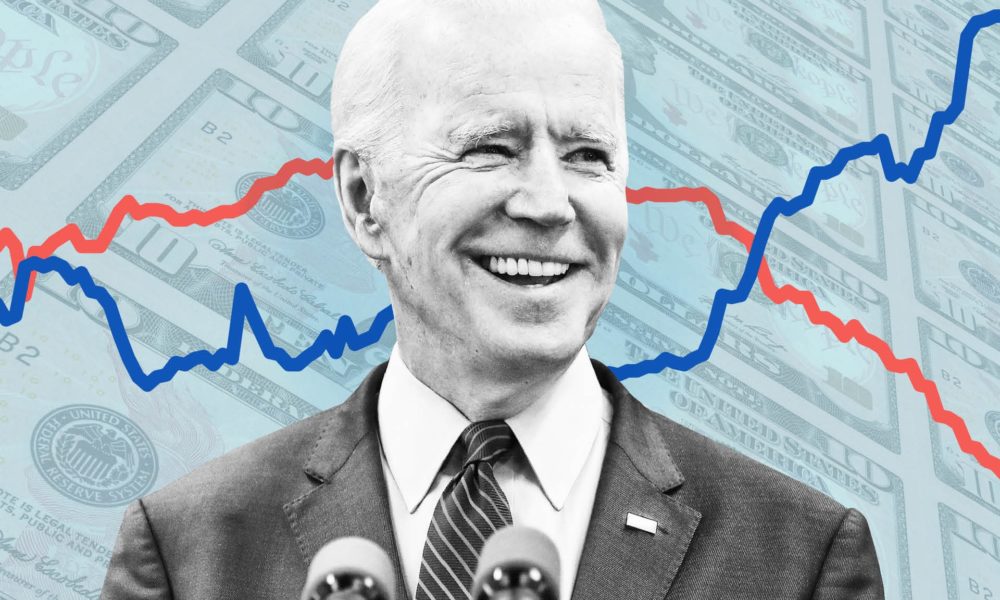 In January of 2009, Barack Obama and Vice President Joe Biden inherited one of the biggest financial crises in U.S. history. A housing bubble spurred by reckless investing, easy credit, and a complex and dubious system of debt trading known as asset backed securities had resulted in millions of foreclosures and the failure of several dozen major banks and mortgage lenders. The Troubled Asset Relief Program (TARP), passed by Congress just three months prior, had allocated hundreds of billions of dollars to purchase toxic assets, effectively bailing out most of the worst-hit lenders and restoring stability and profit to the same banks and investors that had practically destroyed the economy. As sitting senators at the time, both Obama and Biden voted in favor of TARP, and enthusiastically oversaw those bailouts after taking office, adding hundreds of billions of additional funds to the program while doing absolutely nothing to help the millions who lost their homes and their jobs as a result of the recession that followed. Two decades of bipartisan deregulation of financial investments under Bill Clinton and George Bush had allowed Wall Street to rake in unprecedented profits, but when the reckoning finally arrived, it was the Democratic Party who ultimately protected those profits from ruin. And Wall Street has not forgotten.

In fact, in 2016, Wall Street donated more to Hillary Clinton than they had to any previous presidential candidate, and now they are putting their money behind Joe Biden. Since 2019, Wall Street — particularly the securities and investments industry — has contributed more than $74 million to super PACs that support Joe Biden, a number that is five times larger than that contributed to Trump. Meanwhile, former Goldman Sachs head Harvey Schwartz, whose company was one of the major beneficiaries of Obama and Biden’s government-backed largesse, made a conspicuous late donation this month of $100,000 to the Biden Action Fund. And Schwartz is not alone. Since June, financial sector donors have contributed almost twice as much (more than $100 million) to the Democratic Party as they have to the Republicans.

A Tale of Two Parties

Although President Trump’s deregulation policies and tax cuts have certainly benefited Wall Street’s bottom line, such moves are not always in the long term interests of capital, which requires a well-oiled state to provide the stability and legitimacy necessary for efficient exploitation of the working classes. As a consequence, major investors are turning on the President and the Republican Party in large part because of the uncertainty of another four years of social, economic, and political unrest. In addition to this, the more immediate fear of a contested election and the political and economic chaos that could follow has made Trump a symbol of instability that many on Wall Street do not want to support or be associated with. While it’s possible that Wall Street could change its tune if Trump manages to successfully delegitimize the vote, as they did not long after his election in 2016, their first priority seems to be to avoid such an outcome if possible.

Trump’s continued mishandling of the coronavirus outbreak (which has now cost the lives of at least close to a quarter million Americans), his administration’s failure to deliver a new relief package in the midst of rapidly rising poverty, his bellicose relationship with and sanctions on China, and the threat of a long drawn-out recession have made many investors wary of more of the same. While the performance of the stock market often has little to do with the health or stability of the broader economy or the well-being of working people — as the most recent recovery in the midst of massive unemployment makes plain — another drawn-out recession, even one with a K-shaped recovery, is not in the interests of most investors, especially when entire industries are now on the chopping block. The hotel industry, for instance, has lost $112 billion during the pandemic along with 70 percent of its workforce. The airline industry, meanwhile, is warning of imminent bankruptcies, tens of thousands of airline workers have already taken unpaid leave, and Boeing has announced it will soon lay off 7,000 employees.

Biden and the Democrats, on the other hand, have already proven themselves capable of bailing out failing industries and of expertly managing a recession in the interests of business and the markets. Though he has recently tried to distance himself from his more conservative past, Biden has a very long and consistent history of fiscal conservatism and willing cooperation with Republican deficit hawks, and he has several times advocated for spending freezes and cuts to social security, Medicare, Medicaid, and veterans’ benefits. As Vice President during the Great Recession, Biden helped oversee an economy in which 95% of the wealth generated went to the top one percent, and he helped institute some of the most punishing austerity policies of any administration. In 2010, he openly negotiated social security cuts with Republican lawmakers as part of a potential “grand bargain” to balance the budget, and in 2013, he argued that unaddressed deficits “may be a matter of national security.” More recently, his top advisor, Ted Kaufman, has made it clear in an interview with the Wall Street Journal that the prospects of any major spending during the first term are unlikely. “When we get in, the pantry is going to be bare…so we’re going to be limited,” Kaufman told the paper. In other words, regardless of what he says on the campaign trail, Wall Street knows what kind of president Biden would be, and they are betting on him to manage the crisis to their benefit. And that likely means bailouts for business and long-term austerity for working people.

While Biden’s platform promises to invest trillions of dollars in green energy jobs and billions more in the procurement of domestic-made goods, national universal pre-K, and other initiatives to address inequality, the devil, as always, is in the details. Most of these initiatives, the ones that will actually be pursued after the election (don’t count on universal pre-K, for instance) will mostly be a massive giveaway to corporations either through direct subsidies or through huge tax breaks to corporations that “go green” or “buy American.” This will mean even less federal revenue to cover the likely $3.1 trillion deficit left by Trump, a fact that will then be used to justify further spending cuts to programs for the working class, particularly K-12, higher education, and much needed aid to states currently reeling from the pandemic.

As the perceived candidate of stability and austerity, it is easy to see why Biden would appeal to Wall Street investors more than Trump, but a Biden presidency will not be good for working people, and it is naïve to believe a vote for Biden is a vote for the lesser evil. Biden might be good for the short-term profits of capital, but his policies, like those of the Clintons and Obama before him, will only exacerbate the crisis that produced Trump and will lay the ground for the further deprivation of entire sectors of the working class. As Marx so eloquently made clear all those years ago: “The executive of the modern state is nothing but a committee for managing the common affairs of the whole bourgeoisie.” Biden is by far the better manager in that respect, but the working class does not need a better manager. What we need is a revolution, and to do that, we must first permanently break with the two parties of capital and build an independent party of and for the working class.