The Tube strike is due to start today at 6.30pm and with four unions involved in the industrial action is set to be the most severe disruption to the tube network since 2002. 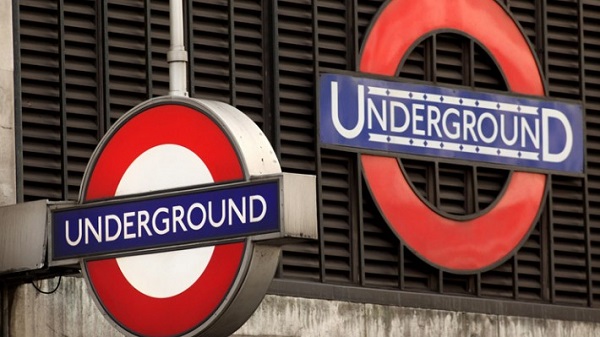 Around 20,000 Tube workers are expected to walk out and all 11 lines – Bakerloo, Central, Circle, District, Hammersmith & City, Jubilee, Metropolitan, Northern, Piccadilly Victoria and Waterloo & City – across 270 stations will be closed for 24 hours from late afternoon on Wednesday. Members of the Rail, Maritime and Transport (RMT), Unite and Transport and Salaried Staff Association (TSSA) will walk out on Wednesday for 24 hours from 6.30pm, and members of Aslef, which represents tube drivers, will walk out for 24 hours from 9.30pm. However, disruption could begin earlier because unions have instructed staff not to clock on for shifts which end after the strike has started, and according to London Underground the network will be shut for the whole of Thursday, 9 July.

The strike was called after London Underground and unions failed to agree a pay deal ahead of the launch of the 24-hour Night Tube in September. The weekend services are set to begin on 12 September on sections of the Central, Jubilee, Northern, Piccadilly and Victoria lines. There are concerns some employees will have to work more overnight shifts and may have to work on their own in some stations. On Monday, unions rejected London Underground’s latest pay deal,
which it said was an increased but “final” pay offer made “in an attempt to conclude five months of talks”. The company’s final offer, including a two per cent rise and a £2,000 bonus for drivers working on the all-night service, was rejected by representatives from four unions – RMT, Aslef, the Transport Salaried Staffs Association (TSSA) and Unite.

The RMT states in the strike leaflet “Our action is in response to the impact of a £4.2bn cuts programme imposed by the Government and Mayor of London. All four Unions are united with members voting overwhelmingly for strike action, with 90% plus yes votes and turnouts of over 50% (markedly better than the Tory Governments 24% share of the eligible voters in the General Election). The strike is in opposition to LU demands that we accept additional night working and working at weekends. They have made this a condition of any pay rise in pay at all for the next two years. RMT members on London Underground(LU) already work 7 day/24 hour shift patterns. The two year pay deal, would in fact be a below inflation deal, in real terms a pay cut. The 0.75% pay offer would increase wages by between £225 per year for the lowest paid and £450 per year for the highest paid, compare this to the £7,000 per year that has been accepted by MP’s.”Talks are set to resume on Friday.

The strike as well as hitting the millions who use the Tube every day, there will be worries for hundreds of tennis fans going to Wimbledon, which creates a nightmare escenario for the Mayor of London and the transport authorities. District Light Railway and London Overground will be running as normal, though they are expected to be busy. There will be 200 extra buses and additional river-boat services, and National Express are putting on more coaches going into the capital. In spite of all this measures the strike will have a considerable impact.

George Osborne and Boris Johnson claimed the Night Tube would add £6.4bn to the London economy by 2030. The mayor said it was “absolutely wrong to hold London to ransom” and apologised for the disruption which he warned would be “very considerable”.

However, MP Jeremy Corbyn, a contender for the Labour leadership disputed that claim. Corbyn has tabled a Commons motion expressing dismay at the “disgraceful” treatment of Tube workers. Corbyn has also called on Mr Johnson to withdraw the “imposition” of night working.The motion states that uncontrolled and unmanaged night work can have a serious impact on the physical and mental health and well-being of staff as well as a detrimental impact on family and social life.

In addition to the tube strike, the First Great Western services to and from Paddington will be disrupted Wednesday evening to Friday, due to a 48-hour strike by RMT members in a separate row over working conditions. It is estimated that some 2,000 First Great Western workers were set to walk out for 48 hours from 6.30pm on Wednesday of this week after voting by 80 percent to strike. The industrial action is expected to disrupt long-distance services in the west of England, Wales and those in and out of Paddington.

The management has refused to give the workers’ union, RMT, “very basic assurances” on jobs, service and safety on new intercity trains the company is introducing. Workers also want buffet car facilities to remain on every train, maintenance to stay in-house and no job losses. The general secretary of RMT declared that the fact these assurances hadn’t been forthcoming was “ludicrous” as East Coast, bringing in the same trains, had done so. The leader of the RMT pointed out the trains were publicly funded and added that bosses were “milking the rotten rail privatisation racket for every penny they can”. The company has been making huge profits out of the privatisation, last year only The firm grabbed £1 billion in subsidies.