Manifesto for an Independent Revolutionary Art

We can say without exaggeration that never has civilization been menaced so seriously as today. The Vandals, with instruments which were barbarous and comparatively ineffective, blotted out the culture of antiquity in one corner of Europe. But today we see world civilization, united in its historic destiny, reeling under the blows of reactionary forces armed with the entire arsenal of modern technology. We are by no means thinking only of the world war that draws near. Even in times of ‘peace’ the position of art and science has become absolutely intolerable.

In so far as it originates with an individual, in so far as it brings into play subjective talents to create something which brings about an objective enriching of culture, any philosophical, sociological, scientific or artistic discovery seems to be the fruit of a precious chance; that is to say, the manifestation, more or less spontaneous, of necessity. Such creations cannot be slighted, whether from the standpoint of general knowledge (which interprets the existing world) or of revolutionary knowledge (which, the better to change the world, requires an exact analysis of the laws which govern its movement). Specifically, we cannot remain indifferent to the intellectual conditions under which creative activity takes place; nor should we fail to pay all respect to those particular laws which govern intellectual creation.

In the contemporary world we must recognize the ever more widespread destruction of those conditions under which intellectual creation is possible. From this follows of necessity an increasingly manifest degradation not only of the work of art but also of the specifically ‘artistic’ personality. The regime of Hitler, now that it has rid Germany of all those artists whose work expressed the slightest sympathy for liberty, however superficial, has reduced those who still consent to take up pen or brush to the status of domestic servants of the regime, whose task it is to glorify it on order, according to the worst possible aesthetic conventions. If reports may be believed, it is the same in the Soviet Union, where Thermidorian reaction is now reaching its climax.

It goes without saying that we do not identify ourselves with the currently fashionable catchword, ‘Neither fascism nor communism!’ –a shibboleth which suits the temperament of the philistine, conservative and frightened, clinging to the tattered remnants of the ‘democratic’ past. True art, which is not content to play variations on ready-made models but rather insists on expressing the inner needs of man and of mankind in its time – true art is unable not to be revolutionary, not to aspire to a complete and radical reconstruction of society. This it must do, were it only to deliver intellectual creation from the chains which bind it, and to allow all mankind to raise itself to those heights which only isolated geniuses have achieved in the past. We recognize that only the social revolution can sweep clean the path for a new culture. If, however, we reject all solidarity with the bureaucracy now in control of the Soviet Union, it is precisely because, in our eyes, it represents not communism but its most treacherous and dangerous enemy.

The totalitarian regime of the USSR, working through the so-called cultural organizations it controls in other countries, has spread over the entire world a deep twilight hostile to every sort of spiritual value; a twilight of filth and blood in which, disguised as intellectuals and artists, those men steep themselves who have made of servility a career, of lying-for-pay a custom, and of the palliation of crime a source of pleasure. The official art of Stalinism, with a blatancy unexampled in history, mirrors their efforts to put a good face on their mercenary profession.

The repugnance which this shameful negation of principles of art inspires in the artistic world –a negation which even slave states have never dared to carry so far –should give rise to an active, uncompromising condemnation. The opposition of writers and artists is one of the forces which can usefully contribute to the discrediting and overthrow of regimes that are destroying, along with the right of the proletariat to aspire to a better world, every sentiment of nobility and even of human dignity.

The communist revolution is not afraid of art. It realises that the role of the artist in a decadent capitalist society is determined by the conflict between the individual and various social forms which are hostile to him. This fact alone, in so far as he is conscious of it, makes the artist the natural ally of revolution. The process of sublimation, which here comes into play and which psychoanalysis has analysed, tries to restore the broken equilibrium between the integral ‘ego’ and the outside elements it rejects. This restoration works to the advantage of the ‘ideal of self’, which marshals against the unbearable present reality all those powers of the interior world, of the ‘id’, which are common to all men and which are constantly flowering and developing. The need for emancipation felt by the individual spirit has only to follow its natural course to be led to mingle its stream with this primeval necessity –the need for the emancipation of man.

The conception of the writer’s function which the young Marx worked out is worth recalling. ‘The writer’, he said, ‘naturally must make money in order to live and write, but he should not under any circumstances live and write in order to make money…The writer by no means looks on his work as a means. It is an end in itself and so little a means in the eyes of himself and of others that if necessary he sacrifices his existence to the existence of his work…The first condition of freedom of the press is that it is not a business activity.’

It is more than ever fitting to use this statement against those who would regiment intellectual activity in the direction of ends foreign to itself and prescribe, in the guise of so-called reasons of state, the themes of art. The free choice of these themes and the absence of all restrictions on the range of his exploitations –these are possessions which the artist has a right to claim as inalienable. In the realm of artistic creation, the imagination must escape from all constraint and must under no pretext allow itself to be placed under bonds. To those who urge us, whether for today or for tomorrow, to consent that art should submit to a discipline which we hold to be radically incompatible with its nature, we give a flat refusal and we repeat our deliberate intention of standing by the formula complete freedom for art.

We recognize, of course, that the revolutionary state has the right to defend itself against the counterattack of the bourgeoisie, even when this drapes itself in the flag of science or art. But there is an abyss between these enforced and temporary measures of revolutionary self-defense and the pretension to lay commands on intellectual creation. If, for the better development of the forces of material production, the revolution must build a socialist regime with centralized control, to develop intellectual creation an anarchist regime of individual liberty should from the first be established. No authority, no dictation, not the least trace of orders from above! Only on a base of friendly cooperation, without constraint from outside, will it be possible for scholars and artists to carry out their tasks, which will be more far-reaching than ever before in history.

It should be clear by now that in defending freedom of thought we have no intention of justifying political indifference, and that it is far from our wish to revive a so-called pure art which generally serves the extremely impure ends of reaction. No, our conception of the role of art is too high to refuse it an influence on the fate of society. We believe that the supreme task of art in our epoch is to take part actively and consciously in the preparation of the revolution. But the artist cannot serve the struggle for freedom unless he subjectively assimilates its social content, unless he feels in his very nerves its meaning and drama and freely seeks to give his own inner world incarnation in his art.

In the present period of the death agony of capitalism, democratic as well as fascist, the artist sees himself threatened with the loss of his right to live and continue working. He sees all avenues of communication choked with the debris of capitalist collapse. It is only natural that he should turn to the Stalinist organisations which hold out the possibility of escaping from his isolation. But if he is to avoid complete demoralisation he cannot remain there, because of the impossibility of delivering his own message and the degrading servility which these organisations exact from him in exchange for certain material advantages. He must understand that his place is elsewhere, not among those who betray the cause of the revolution, and of mankind, but among those who with unshaken fidelity bear witness to the revolution; among those who, for this reason, are alone able to bring it to fruition, and along with it the ultimate free expression of all forms of human genius.

The aim of this appeal is to find a common ground on which all revolutionary writers and artists may be reunited, the better to serve the revolution by their art and to defend the liberty of that art itself against the usurpers of the revolution. We believe that aesthetic, philosophical and political tendencies of the most varied sort can find here a common ground. Marxists can march here together with anarchists, provided both parties uncompromisingly reject the reactionary police patrol spirit represented by Joseph Stalin and his henchman García Oliver.

We know very well that thousands on thousands of isolated thinkers and artists are today scattered throughout the world, their voices drowned out by the loud choruses of well-disciplined liars. Hundreds of small local magazines are trying to gather youthful forces about them, seeking new paths and not subsidies. Every progressive tendency in art is destroyed by fascism as ‘degenerate’. Every free creation is called ‘fascist’ by the Stalinists. Independent revolutionary art must now gather its forces for the struggle against reactionary persecution. It must proclaim aloud the right to exist. Such a union of forces is the aim of the International Federation of Independent Revolutionary Art which we believe it is now necessary to form.

We by no means insist on every idea put forth in this manifesto, which we ourselves consider only a first step in the direction. We urge every friend and defender of art, who cannot but realise the necessity for this appeal, to make himself heard at once. We address the same appeal to all those publications of the left which are ready to participate in the creation of the International Federation and to consider its task and its methods of action.

When a preliminary international contact has been established through the press and by correspondence, we will proceed to the organization of local and national congresses on a modest scale. The final step will be the assembly of a world congress which will officially mark the foundation of the International Federation. 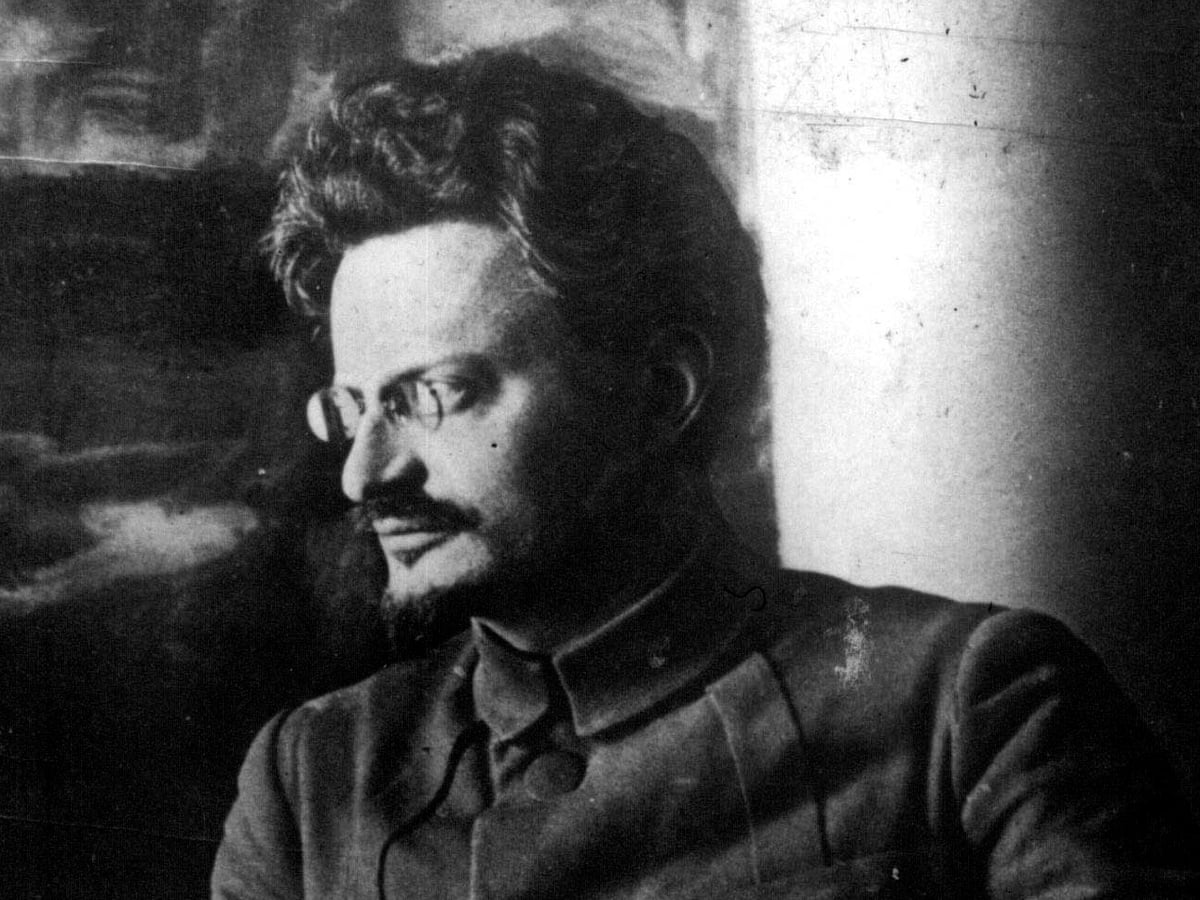