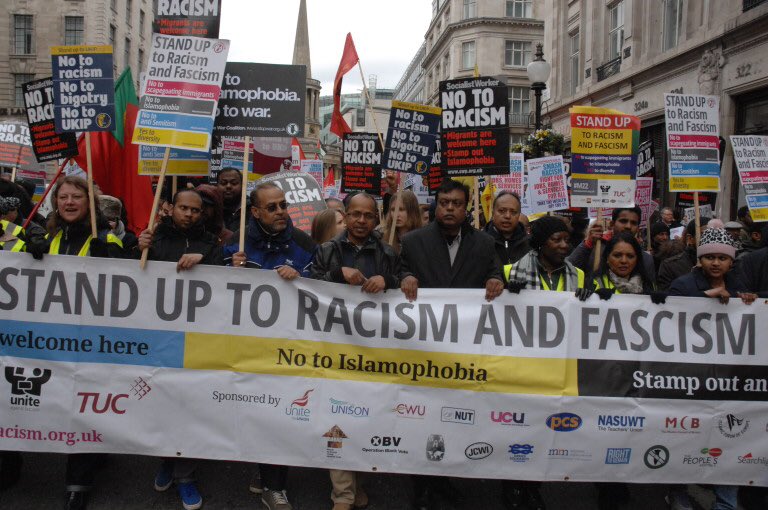 Following the the 100,000 strong #RefugeesWelcome demonstration on September 12, 2015 in London – one of the biggest anti-racist mobilisations in Britain of the last decade – activists from all corners of the country have another chance to show solidarity with thousands of refugees in Calais and Idomeni and with the millions seeking to escape war. People are fed up with the racist policies that scapegoat migrants and refugees.

Thousands of people have attended meetings across the country to build the March 19 demonstrations and are taking to the streets to say no to the racist offensive against refugees and migrants. The Day of Action is taking place against the backdrop of the appalling treatment of refugees across Europe. People fleeing economic crisis and war – both products of the actions of Western powers – are abandoned in terrible conditions in makeshift camps at Calais and Idomeni, where around 12,000 refugees are living in small tents by an old railway station. NGO volunteers say that it is a miracle that an epidemic has not occurred, given the camps’ poor hygiene and sanitation conditions.

Earlier today, a friend shared images on her FB page to show support for the refugees, including a postage stamp issued by the CNT during the Spanish Civil War that reads, “Our duty is to help refugees”. We must follow her example.