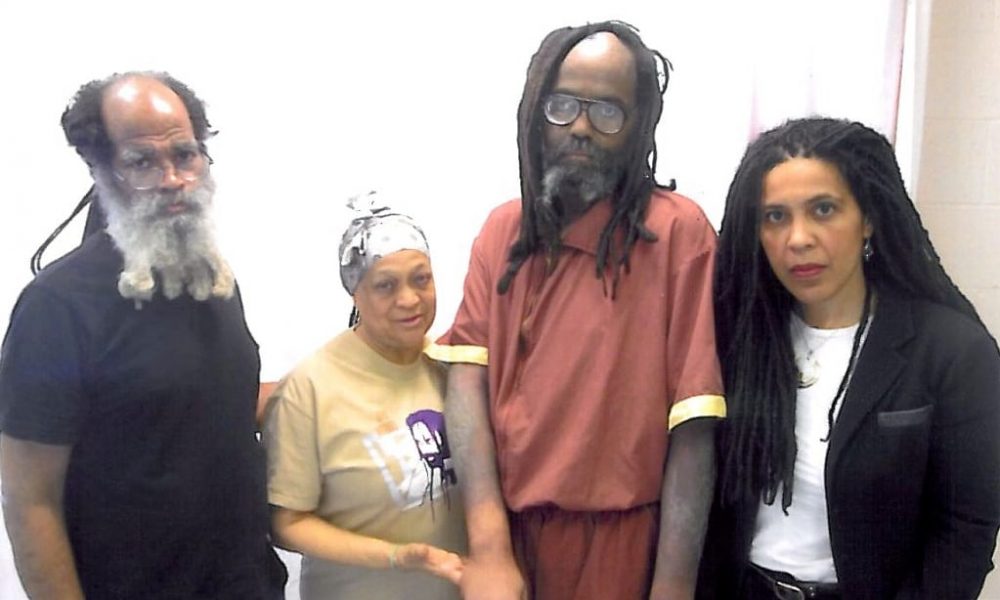 Since 1982, former Black Panther and radical radio journalist Mumia Abu Jamal has been held (mostly in solitary confinement) in the State of Pennsylvania. There exists a wide array of discourse on Mumia’s case in both literary and visual form(1). A recent article written for workers.org details a visit by Joe Piette and Pam Africa(2). Mumia is currently in located in Mahanoy State Correctional Institute in [Schuylkill County, Pennsylvania->]. As one can ascertain through listening to even his most recent commentary from prison, Mumia has remained articulate and well spoken, despite years of solitary confinement and generally poor treatment. But, sadly, his physical health has been another story. In 2015, he suffered a diabetic coma and as diagnosed with hepatitis C. While his mind has remained in tact, he continues to show signs of physical deterioration. This recent January visit informs us that his condition is worsening, due to negligence which arguably amounts to torture.

Piette writes that “Mumia is obviously not healthy. He walks slowly, perhaps because his feet are clearly swollen. He wears white corduroy slippers, with his right foot tightly stuffed in to support his heel. But the slipper on his left foot occasionally falls off because it cannot be stuffed into the slipper.” Not only was he swollen, but his skin was shown to be infested with sores. He can’t sleep because of the constant itching. “When he lifted his pant leg”, writes Piette, “we saw horribly scarred skin with what appeared to be open sores. He explained that he is not allowed to show these sores when visitors want to take a photo with him.”

The sheer lack of concrete evidence, and the amount of counter-evidence that has since been made available in the past 30 years, at worst points to ambiguity and at best proves his innocence. Even if Mumia were guilty, the treatment of him and others like him are a stain on our Justice system, for human beings should not be treated in such horrendous ways.

The article gives the following tips to act on:

“In the meantime, supporters are asked to call three people:
— SCI Mahanoy Superintendent Theresa DelBalso: 570-773-2158
— Pennsylvania Secretary of Corrections John E. Wetzel:
717-728-4109
— Pennsylvania Department of Health Acting Secretary Dr. Rachel Levine: 717-787-9857
Callers should demand that Mumia be taken to an independent medical facility, such as Geisinger Hospital, where he was taken after collapsing in 2015. The facility has the expertise to provide a thorough, hands-on diagnostic evaluation and supervised patient care.”

We must re-build the moment to free Mumia and all political prisoners.