Nationwide Whole Foods Workers Strike: Our Lives Are Essential Too

Whole Foods workers are going on a nationwide strike today to protest the lack of security measures against the Coronavirus. It’s the first time there’s been a nationwide protest against the company since 1980 and the first since it was bought by Amazon. 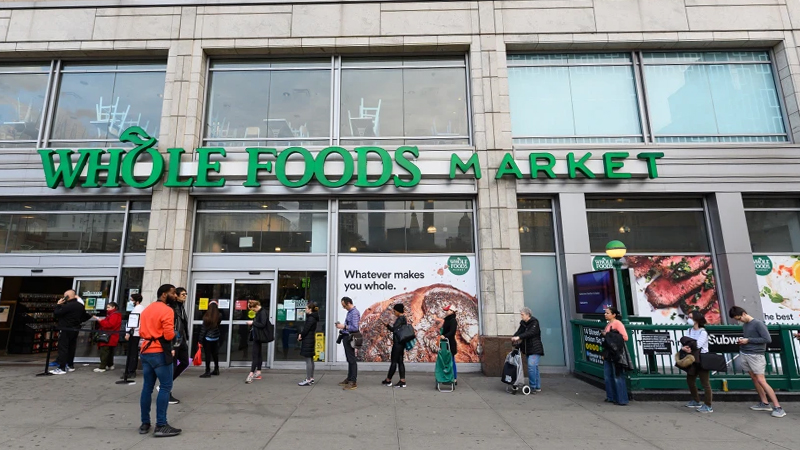 Whole Foods workers will call in sick tomorrow to demand paid medical leave for employees who are in self-quarantine, free testing for employees, and hazard pay of twice the current hourly wage for those who report to work during the pandemic. As part of Amazon, workers at the grocery giant also received a $2 per hour increase, but are demanding a raise of twice that amount given the risks involved in being on the frontlines.

In several cities, positive cases of COVID-19 were reported at Whole Foods locations, but stores have remained open. In addition, there are reports of inadequate sanitary measures in workplaces and for delivery of orders. While Amazon announced that it was going to pay employees who had to self-quarantine, several of them have denounced that they did not have paid leave.

Despite the fact that delivery and grocery store workers are considered to be doing “essential work,” they are treated as disposable by Jeff Bezos’ multinational.

Whole Foods and Amazon are preparing to hire 100,000 workers during the pandemic, but are not concerned about their safety or their lives. Both the company and Bezos have been increasing their profits by billions since the beginning of the pandemic. The parent company to Whole Foods already faced a walkout yesterday from workers at an Amazon warehouse on Staten Island.

Workers in large supermarkets, pharmaceuticals, delivery, and other essential services, along with health care workers, are called heroes but neither the employers nor the government guarantee that their lives are safe.  While billionaires are hidden away in their mansions, it’s the working class that is making everything run. But in order to provide the essential services we need during the pandemic, workers need PPE and higher pay. But the bosses won’t even give us these tiny measures.  So it is necessary for the entire working class to support the struggle of Whole Foods workers and all those who are protesting. It is time to unite in a great national strike to demand measures against the coronavirus. We will not pay for this crisis with our lives.