The U.S. government has resolved to protect American research on Covid-19. By refusing to share research, the global effort to develop and distribute a vaccine is hampered. This will cause thousands, if not millions, of more deaths throughout the world. We demand an end to biomedical nationalism and demand medical research be shared across nations. 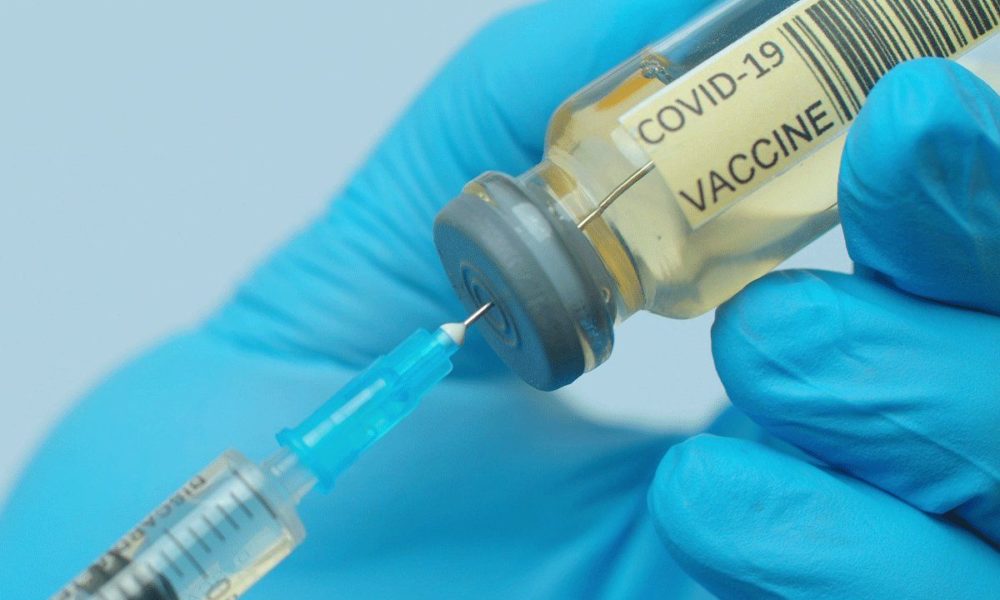 Nationalist movements have been gaining strength in the U.S. since 2015-16 when Trump’s election platform began emphasizing anti-immigrant rhetoric. Now, these movements have been growing even more, especially due to anti-Asian sentiments pushed by the Trump administration and the Biden campaign that claim China is responsible for the Covid-19 crisis. Subsequently, there has been an increase of racist attacks that have targeted Asian and Black people. This racism/xenophobia doesn’t only have interpersonal or domestic reverberations; it also has international consequences that will hurt the working class everywhere.

Nationalism has become a major factor regarding the development of a Covid-19 vaccine. The U.S. government has claimed that it must protect American innovations “from theft,” specifically from China. Certain officials like the assistant attorney general for national security John Demers have even gone as far as to say that “Biomedical research has long been a focus of theft, especially by the Chinese government, and vaccines and treatments for the coronavirus are today’s holy grail.” The assistant attorney general implies that our lives are a business and a political opportunity for the United States to further establish itself as a global power. It doesn’t matter that we are losing our friends to this virus, that people are living with a new fear of succumbing to Covid-19, or that so many are suffering from alienation by isolating themselves to protect their loved ones and communities due to the lack of pharmaceutical options.

The UK has also increased its cybersecurity in universities developing the vaccine. The country claims that there have been cyber hacking attempts on their research facilities from countries such as North Korea and Iran, two countries with criminally imposed sanctions currently placed on them. Iran itself is one of the hardest hit countries by Covid-19 due to the sanctions on medical supplies. The UK has increased these measures with the justification of protection, all while killing the working class abroad.

Furthermore, the European Union itself has seldom done anything to coordinate a collective effort to combat the virus within its own domain. When Italy was hit by the pandemic, France and Germany refused to send medical supplies. There was also no summit amongst EU leaders to declare an emergency in light of how bad the situation had gotten in Italy, likely contributing to more deaths.

There has been a total lack of domestic and international coordination concerning the approach to Covid-19. Within the United States, the increase in demand for ventilators and PPE has led to manufacturers increasing their prices to make a greater profit. Alongside this, instead of being able to work together, states have been forced to compete with each other over essential materials, leading to even more unnecessary deaths.

Sanofi is believed to have the production capacity to distribute hundreds of millions of vaccines per year. However, this production power is squandered for nationalistic purposes at the expense of the international community.

This capitalist government has coddled and nurtured white supremacist nationalism domestically and violently applied it internationally in order to build and maintain bourgeois profits, regardless of how many working and oppressed people die from it. By maintaining murderous sanctions on countries like Iran, Venezuela, and Cuba, attempting to incite another coup within Venezuela, and the continuous bombings of Iraq, the U.S. pushes to maintain international bourgeois dominance built upon the graves of Black and brown people. Even now there is a push to reopen the economy that is being led by many white supremacists and being carried out by Trump, prioritizing the market economy over the lives of the Black and brown people disportionately dying from the virus. These people will continue to die due to reopening until the vaccine is developed, which won’t be until the end of the year at the earliest; more will die if the vaccine is commodified and hoarded by imperialist nations.

As more than 60,000 in the United States have already died, (many of those who perished being Black and brown working class people) and almost 250,000 confirmed deaths internationally, and with nations with massively abundant resources such as the U.S. resolving to “safeguard” their research, it is imperative that the working class mobilize to demand the end of nationalism and put forth a program that demands the sharing of all medical secrets across private and public research entities worldwide.

Currently, the power to develop and distribute the vaccine superficially lies within the hands of extremely affluent pharmaceutical companies such as Glaxosmithkline and Sanofi, whose stocks soared when they announced they would be collaborating in vaccine development. Glaxosmithkline reeled in $42 billion dollars last year from sales while Sanofi brought in almost $40 million dollars. The former executive of Glaxosmithkline, who is also a military general, has also been appointed by Trump to hasten the development of the vaccine for the United States.

Furthermore, the responsibility to develop the necessary supplies such as medical vials should fall onto public, worker controlled factories, hospitals, medical clinics etc. GE already has workers who are willing to develop supplies to help combat the pandemic. However, GE is owned by Jeffery Immlet, a millionaire who cares more for profits than public health. The same goes for hospital and lab owners. The workers at these facilities are often very willing to direct their work towards the public’s well-being. Also, since workers are directly in charge of managing facilities, they will be more adept at producing the necessary amount of vials and more knowledgeable on how many vaccines are necessary at hospitals and clinics to properly respond to public needs. With workers controlling these facilities, the profit motive will no longer hold back the effort, and production and distribution of the vaccine will be far more efficient. Furthermore, worker controlled entities will be far more efficient in keeping up with demands for the vaccine.

Finally, when a safe and effective vaccine is developed, there should be no patent, so that companies and nations cannot exploit the international community for something they desperately need, and so that no nation can gain a greater imperialist presence from this crisis. Jonas Salk, the developer of the Polio vaccine, said when asked who owned the Polio vaccine, “There is no patent. Could you patent the Sun?” We must aim to do the same. Capitalists have proven to be the preservers of exploitation and the destroyers of life, as exemplified in their response to tragedy. In response to this tragedy and afterward, socialists will develop a culture that preserves life and destroys all exploitation.