In Wake County, North Carolina, about a third of all school bus drivers are refusing to drive their routes in protest of low wages and doubled and tripled workloads with no additional pay. 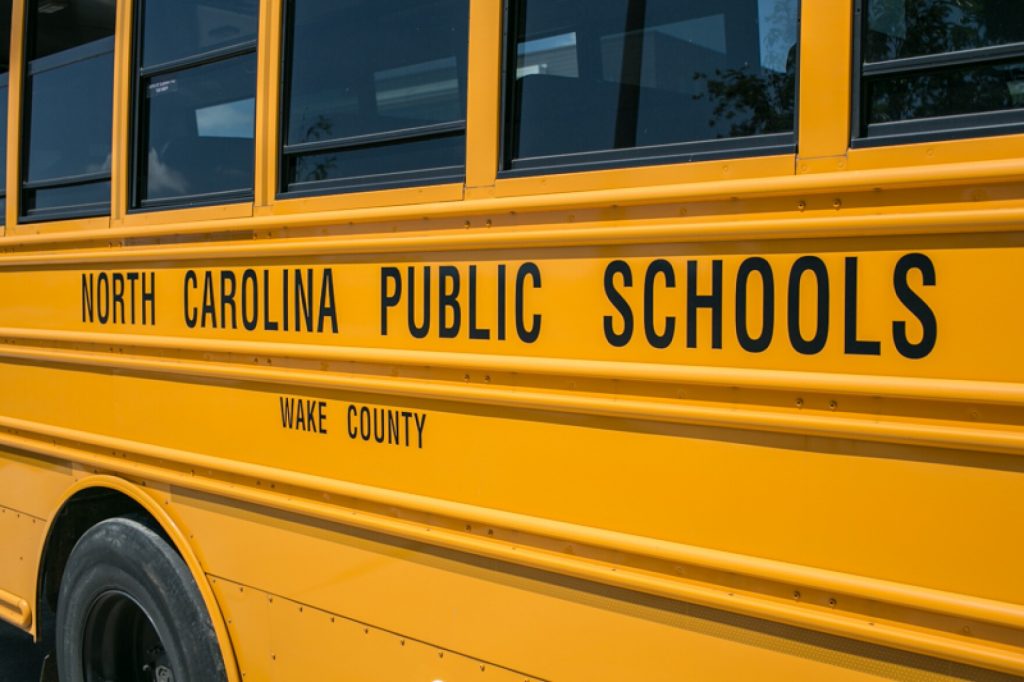 Bus drivers employed by the Wake County Public School System (WCPSS), the largest school district in North Carolina and the fourteenth-largest in the country, organized a wildcat strike that began last Friday, October 29, to protest ongoing low pay and an increased workload resulting from the pandemic. Around 200 drivers, a third of the county’s total bus operators, participated. This is particularly significant because in North Carolina, strikes and work slow-downs by public employees are a Class 1 misdemeanor — the same category as larceny or breaking and entering — carrying a potential punishment of up to four months in jail.

The strike is expected to continue through Tuesday, when the WCPSS Board of Education will vote on a proposal to provide one-time pandemic bonuses to all district employees and a 1 percent raise for certified staff, the classification that includes bus drivers. Such a raise would be laughably inadequate even in a normal year. Inflation compared to this time last year is 3.6 percent by one metric, 4.4 percent by another, and 5.3 percent by yet another. This “raise,” if the Board approves it, is actually not a raise at all — drivers will end up with even less purchasing power.

Bus drivers in Wake County — which includes the state capital, Raleigh — have a starting wage of $15 per hour, nowhere near a living wage. According to the MIT Living Wage Calculator, a living wage for a single adult with no children in the county would be $16.32 per hour. Add just one child, and the figure jumps to $33.39 per hour.

In an interview with a local news station, one driver spoke of colleagues who need food stamps and housing assistance in order to make ends meet. A former driver, quoted in the same article, said, “I am proud of them. I am so proud that they are taking a stand, but it needs to be consistent. They need to do it every day, every day, every day until their demands are met.”

At the start of the current school year, the county was 139 bus drivers short. To compensate, schools redesigned bus routes to include even more students per bus. On top of this, operators are being forced to drive as many as six bus routes per day — a threefold increase in work from their usual two routes, and with no increase in pay. In order to get all of the kids to school on time, drivers and students alike must wake up and get to their bus stops hours earlier than in previous years,  and they get home hours later. And drivers are being forced to skip their bathroom breaks.

In addition, while the school district rules stipulate that students must wear masks on the bus, drivers report that many do not, and they have no power to enforce the policy. With as many as 60 students per route, and up to six routes per day, drivers are being exposed to hundreds of unvaccinated students with no guarantee of safety protections.

Some parents have been able to provide alternate transportation for their kids. But even those who have no choice but to rely on the buses are speaking up in support of the strike. “If we can be inconvenienced for a couple of days, and it helps these drivers get more of what they deserve, we’re for it,” said one parent interviewed by ABC. Said another, “I’m fully in support of the drivers. I’m in support of any educator wanting to do a sick out or a strike in any form because our state has been underfunding our public schools … I think our bus drivers are being asked to do far too much and not being compensated fairly in return.”

During the first part of the pandemic, when WCPSS was operating remotely, bus drivers continued to work delivering food to families in need and PPE from county warehouses to the schools for staff working in person and in preparation for reopening. On top of this, some took shifts in school childcare centers — ad-hoc areas set up after in-person teaching resumed, in which school employees took turns providing childcare for their coworkers’ children who were enrolled in virtual learning.

The bus drivers have been working closely with the North Carolina Association of Educators (NCAE) to lobby the state legislature and do other advocacy work, but now that the drivers have turned to more radical action, the teachers’ union is backing away. The president of Wake County’s NCAE chapter, Kristin Beller, merely said in an interview with Raleigh’s News & Observer that she can “understand how people are feeling.” Even the school board has paid better lip service than that.

The best way to support the bus drivers is for teachers and other WCPSS staff to join the strike in solidarity. Currently, there are some calls for the county to switch to virtual learning in order to dodge the impact of the strike. If the school system is able to run classes without disruption from the strike, the power of the strike is undermined, but virtual learning can’t happen if teachers don’t log in.