This past week marked twenty-five years since the territory of the former German Democratic Republic (GDR), also known as East Germany, was incorporated into the West German Federal Republic. The period of capitalist and “reunified” Germany had begun.
Share on facebook
Share on twitter
Share on email

In addition to the official celebrations of the “Day of German Unity” that took place, there were numerous-right-wing demonstrations, marking the recent rise in nationalist and xenophobic movements. They show in perfect clarity what the legacy of capitalist “reunification” means for the oppressed.

October 3, 1990, hypocritically celebrated as the day of “victory over the Socialist Unity Party” represents an end and a beginning at the same time. It marks the death of “real socialism” and the beginning of the German Imperialism’s return onto the world stage.

Collapse of the GDR

The Stalinist GDR was defeated, in part, by the democratic ambitions of the people, but first and foremost by the political attacks of western imperialism. The fall of the Berlin Wall on November 9, 1989, in the beginning a symbol of democratic aspirations, was the result of mass mobilizations in the streets of the GDR. Afterwards, the incipient revolutionary process against the bureaucratic regime of the GDR quickly turned into a capitalist “democratic” counter-revolution. The lack of a political force, that could combine the struggle against the Stalinist Bureaucracy while defending the achievements of a socialist planned economy, ensured that imperialism could bring the protest under its command.

Even before the official “reunification” major steps toward capitalist restoration were undertaken, like the privatization and liquidation of nationalized firms in the GDR or the economic and monetary union, that came into force in July 1990. In October 1990, came the annexation of a poor (but not totally backward) region and its reintegration in the capitalist system and the imperialist NATO.

With “reunification” came an important step towards the final collapse of the Eastern bloc and the alleged “end of history” (as Francis Fukuyama put it), that is, towards the idea that “there is no alternative” to global capitalism. At the same time, it meant an attack on the living standards and working conditions of the proletariat in both West and East Germany. Inflation, privatization, de-industrialization and unemployment marked the situation and laid the groundwork for massive differences between East and West in wages, pensions and living standards that still prevail today. Without this process of social destruction it is impossible to understand why the rise of racist nationalism has a mass basis in East Germany, although not exclusively so.

The rise of German Imperialism

At the same time, October 3 marked the beginning of German imperialism’s return onto the world stage. After having lost much of its political and economic power with the division of the German Reich in 1945, the Federal Republic of Germany (FRG) was being massively supported by the Western allies, in the context of the Cold War against Eastern bloc. But only the annexation of the former GDR enabled German capital to act more independently.

On a political level the end of the German division caused the German bourgeoisie to pursue the project of taking a leading role in Europe, including in leading military operations. In addition, since the beginning of the war in Iraq in 2003, Germany started to become less dependent on its “big brother”, the USA, and since the beginning of the Euro crisis it has tried to establish its exclusive dominance over Europe.

The GDR’s annexation not only meant massive profits for the West German economy through new investment opportunities and new markets, but also facilitated the total restructuring of the German economy. Already in the beginning, at the time of Helmut Kohl, the fast-paced privatization of state-owned enterprises and cooperatives at low prices and the sudden existence of a huge low-pay sector resulted in a large reduction in the price of labor power in international comparison that still prevails today. This is one of the foundations of Germany’s export-oriented economy. Policies like the Agenda 2010 and the current global economic crisis promote this development even further.

But German imperialism is not without its contradictions. Again and again, there are conflicts between its interests in a common European market at as favorable conditions as possible for German capital and its explicit claim to leadership, that contradicts its cooperative relations with other imperialist powers in Europe.
The global economic crisis since 2008 brought the German bourgeoisie closer to its goal than ever before, but at the same time the limits of a European project under German leadership became more than apparent. Currently, the European Union, which benefits German capital in so many ways, threatens to break down. With a nationalist wave that resulted from the so-called “refugee crisis” this threat has reached a new quality.

For years now, the notion of German leadership in Europe remains unchallenged among the German public. The media transports the idea that “countries in crisis” should just copy the German “example”. This serves to legitimize the draconian austerity measures that condemn people in southern Europe to misery. At the same time it laid the groundwork for a new rise in German nationalism.
This nationalism shows its consequences in the current “refugee crisis”. Racism of the state and xenophobia in the populace feed into each other. Just a few weeks ago, it was talked about the “summer of solidarity” and the new Germany that is “open to the world” – and already now the ugly face of German nationalism cannot longer be ignored.

Since 1992/1993 – the years of the last big racist waves in Germany – the German government gradually tightened the already restrictive asylum law. Recently, this was mainly an answer to the militant refugee movement of the last three years that was ultimately brought under control by massive repressive measures.

With the large migration wave of recent months, this restrictive policy has reached new heights – although there remain contradictions. On the one hand, German capital has an interest in new cheap and well trained workers —that is why they insist on the rapid integration of hundreds of thousands refugees into the German labor market, needless to say at miserable conditions. On the other hand, it is not willing to bear the cost of their integration into society. Therefore, the German government counts on the support of broad sectors of society while public infrastructure is increasingly cut back and privatized. At the same time, it intensifies its racist laws and encourages a xenophobic mob that has carried out hundreds of attacks on refugees this year alone. The more people take to the streets to demonstrate against asylum seekers, the more the governments sees itself validated in its murderous deportation practices —a racist vicious cycle.

A new height in the nationalist agenda has been the words of the Minister of the Interior, Thomas de Maizière (CDU), who illustrated the hypocrisy of the new German “culture of welcoming” towards refugees: “Until this summer, refugees were thankful to be here with us. They asked ‘where are the police, where do you put us?’” Allegedly, that has changed. “Now there are many refugees who believe they could decide for themselves where to go. […] But we have to say clearly that whoever comes to Germany [..] has to go where we decide, has to subject himself to our fair proceedings and has to accept our legal system.”

Especially cynical is the fact that at the same time the outrageous restrictions on the freedom of refugees are imposed and promoted – all this, 25 years after the supposed “victory over dictatorship”, that was characterized by restrictions on freedom of movement and speech! Germany celebrates itself on the “Day of Unity” as the beacon of human rights, while it violates the human rights of hundreds of thousands of people.

In the context of the “refugee crisis”, national sentiment is on the rise not only in Germany but throughout Europe. The European Union was celebrated by many for overcoming the national state. But Marxists have always pointed out the limitations of this bloc of national imperialist powers. Today it became clear that the European Union is more fragile than many pro-Europeans would like to believe. The EU is no the “Europe of solidarity” but a union of different national bourgeoisies that want to secure their own interests. It is still unclear if the EU will survive this crisis. The nationalist wave in Europe with Germany as its center could become the beginning of the end.

Do not let them blind you

There is nothing in this nationalist and racist wave to celebrate. Workers, youth, women, migrants and all of the oppressed should not join into the euphoria of the German ruling class and its media. That the “clean” German nationalism of the ruling class and the right-wing demonstrations go hand in hand with each other is also illustrated by the fact on October 3, there will be demonstrations of the far right and the populist right in the whole country.

Instead of celebrating the hypocrisy of “democratic” Germany, the “guardian of human rights”, the task is to take the fight against the rising racism and the xenophobic attacks. The “unity” we have to fight for is not the unity of the “nation” in the interest of German capital, but the unity of all oppressed – independent of their descent, nationality, gender, sexual orientation etc. For a Europe of the workers and the oppressed, against the Europe of capital. 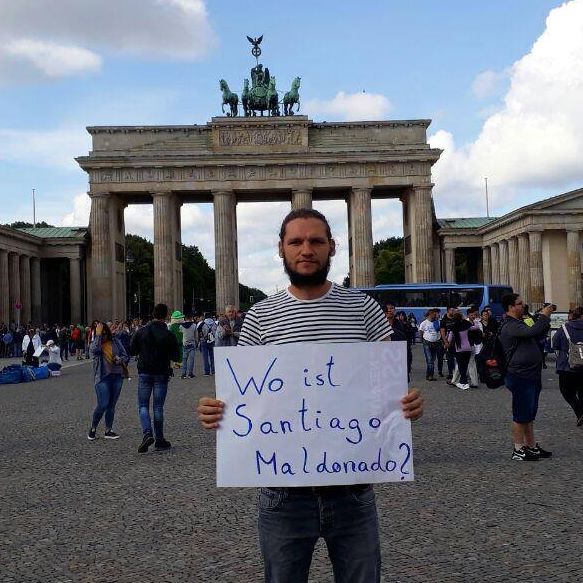