Amid growing pro-union sentiment in the country, resident physicians are unionizing. They need fighting unions that challenge the for-profit healthcare system. 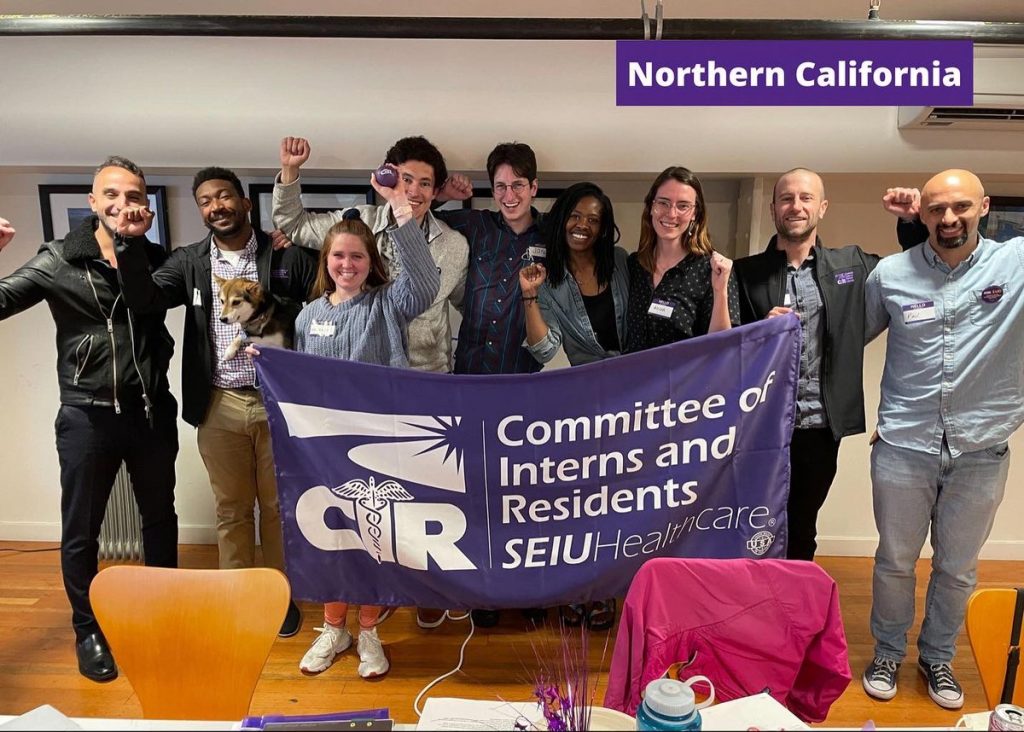 Resident physicians are unionizing around the country. Most recently, residents at University of Vermont Medical Center (UVM), Stanford Medical Center, and Keck School of Medicine of USC all voted to join the Committee of Interns and Residents (CIR), which is part of the larger Service Employees International Union (SEIU). These wins come despite ongoing pushback from the hospital bosses. This resistance is coming because hospitals know unionized resident physicians will be harder to exploit. More residents should fight to unionize to protect themselves and the care of patients, and in the process of winning unions, they should extend their fight and demands to challenge the dynamics of the healthcare system itself.

The growth in resident physician unions is occurring in the context of a growing pro-union sentiment around the country. Approval for unions in the United States is at its highest point in over 60 years, according to a recent Gallup poll. As part of this pattern of growing support, workers in Amazon recently voted to establish the company’s first union in Staten Island, and Starbucks Workers around the country continue to win union votes, even with ongoing pushback and union-busting tactics from the company. As interim ALU President Chris Smalls has noted, workers are unionizing as a way to fight back against their poor working conditions instead of quitting their jobs. Workers are seeing unions as ways to fight back collectively against the boss and more resident physicians are seeing joining a union as a way to do the same thing.

Still, though, only about one seventh of the over 145,000 resident physicians in the United States today are unionized. But 100 percent of residents should have a union. As we have written about previously, residents are cheap labor in an exploitative, for-profit healthcare system. In many ways, residency training itself serves to condition physicians to act as tools for a capitalist healthcare system constantly looking to cut staff and cut costs to increase profits. Much of the fight for resident unions goes against this dynamic. Residents at hospitals fight through their unions for more demands such as raises, housing stipends, and a better parental leave policy, etc.

And resident organizing for and through unions only increased during the height of the Black Lives Matter Movement and then again throughout varying waves of the pandemic as resident physicians were at the frontlines caring for patients and witnessing the outcomes of intersections of race and class under capitalism have on people’s bodies. These experiences highlighted very clearly how institutions that claim to care about health and well being ultimately put their bottom line above the well being of patients and frontline healthcare workers.

We undoubtedly need more resident unions, and as the number of resident unions grows, the most combative sectors of resident physicians need to explore how to push further beyond demands of workplace improvements and towards questioning the exploitative dynamic of residency itself and more largely the dynamics of the for profit healthcare system. For example, as we have written about in the past, residents often work 80-100 hours per week during their training. They serve as cheap labor for hospital systems and that labor helps uphold the factory-like dynamic of many of these healthcare settings. Resident programs claim to care about addressing these long hours, but argue their hands are tied. One potential avenue of resistance is for resident unions to begin to challenge the 80 hour workweek by forcing their hospitals or clinics to unilaterally cut work hours in contracts (for reference, our CIR union local did exactly this when I was a resident in NYC, winning the first reduced hour contract in CIR history).

Struggles should not stop around hours, however. Residents should also begin to think about challenging their own union leadership. As noted above, most residents unionize under the Committee of Interns and Residents (CIR). The union often attempts to “play nice” or be cordial with hospital leaderships, even signing “no-strike” clauses with the hospitals or clinics at which they are based. But hospital executives are enemies of healthcare workers and patients, and there should be nothing cordial about relationships with them. The strike is one of the most powerful tools any worker has, and the potential for its use should never be signed away in a contract.

Resident mobilizations should go beyond the limits of medical residency. Resident physicians should fight together in their workplaces to challenge the exploitative healthcare system as a whole and push their unions to actually be fighting organs to fight for a better healthcare system. We see some glimmers of this in some of the current resident unionizing efforts where workers want to push for broader improvements at the workplace. At UVM, for example, they “want to tackle broader working conditions at the hospital, including an ongoing staffing shortage and a lack of adequate work spaces.”

In general, physicians today, whether still in residency training or outside residency training, must begin to see themselves as part of the working class, fighting with other workers for better conditions and against conditions that threaten the well being of the general public. For example, resident physicians could also mobilize their unions and fight with other unions to push back against recent threats to the right to abortion in the United States. Rank and file committees could be made to mobilize healthcare workers against the ongoing war in Ukraine. Unionized healthcare workers should be mobilized to confront these fights in their workplaces and in the streets.

As the pandemic showed us, the maintenance of individual and community health extends beyond the walls of any hospital or clinic. When the right to abortion is threatened, this threatens health and well being. When an Amazon worker is exploited by Jeff Bezos and forced to work in unsafe conditions, it does the same. As residents continue to unionize, their fight needs to become more dynamic and combative and spread across sectors to other healthcare workers and other workers more generally.