Rising Gas Prices Slam Workers Across the United States: Is There a Solution?

The working class is bearing the brunt of rising oil prices — and not only at the gas pump. All signs point to gasoline continuing to cost more and more. It’s not just about Russian oil and the invasion of Ukraine. It’s how capitalism works to enrich the few at the expense of the world’s masses. 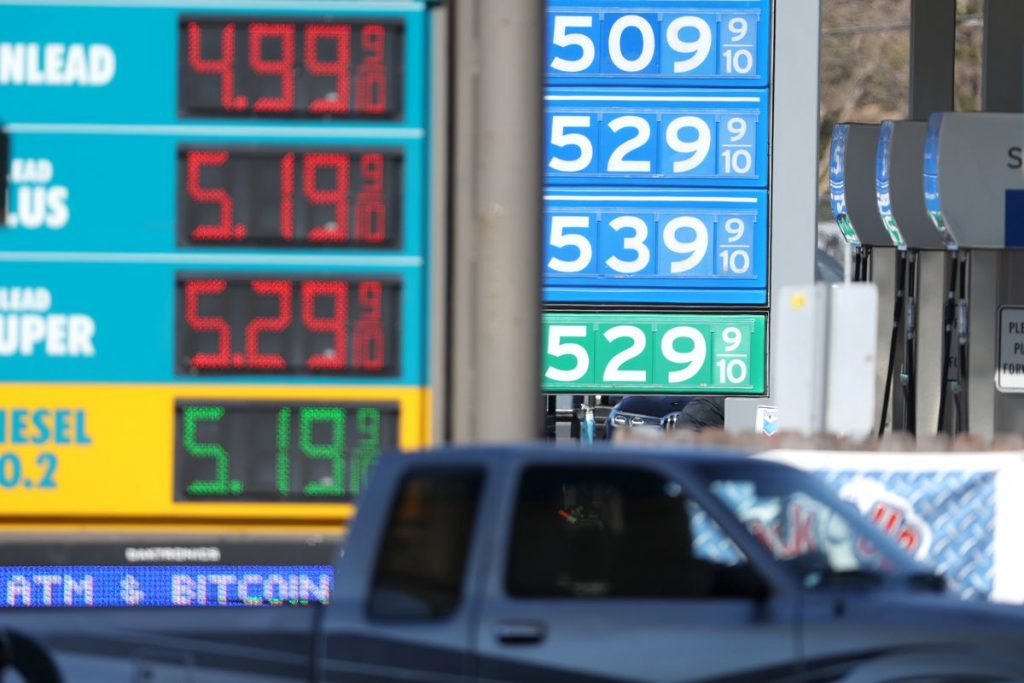 Imagine you work a crappy job in Arlington, Texas, for the state’s $7.25-an-hour minimum wage. You own an old Honda Accord, and it’s the only way you can get to work — Arlington is the largest city in the United States without a mass transportation system. Its nearly 400,000 residents don’t even have intermittent buses.

Gas for your car today is $4.07 a gallon, on average, in Arlington. That means after working an hour, you don’t even have enough to buy two gallons. Filling up your Honda Accord’s 18.5-gallon tank costs more than $75. You’re already $17 short after working a full eight-hour day before any taxes are deducted from your paycheck.

Did I mention that you also pay rent and utilities, feed yourself and a couple of small kids, put clothes on their backs, and buy school supplies? Or that your job is actually only 30 hours a week, because that’s how your boss keeps from providing you with any benefits whatsoever? Capitalism is slowly killing you and your family.

Gas in Arlington is a full 26 cents below the national average, which according to AAA is $4.33/gallon. So maybe you’re better off than people who live in places that do have some public transit options. But it seems more like you’re screwed either way. Meanwhile, in California, the average gas price of $5.57 is slashing hourly pay for Lyft and Uber gig drivers well below that state’s minimum wage.

It would take pages and pages of text to spell out how central oil is to our modern world. It’s no exaggeration to say that almost everything not made of wood or metal has some petroleum as a part — and if it doesn’t, oil was involved somehow in its production process. That includes clothing, eyeglasses, aspirin … the list goes on and on.

The price of gasoline, oil’s most recognized product, is one of the most volatile of anything we buy. Even in periods of relative calm — not like today, with a major oil producer waging a war — it may sometimes change at the pump from one day to the next. And when those prices rise, they become a hot political issue, because it’s the sort of thing consumers notice. In a huge country like the United States, with generally poor alternatives to driving cars, tens of millions of workers have no choice but to feed their hungry automobiles.

Gas prices are determined largely by the simple laws of supply and demand. These prices reflect the costs that go into production — which means extracting and refining the raw commodity, crude oil — along with distribution and the state and federal taxes that are piled on top of the final price at the pump. On average, measured over decades, the price of crude oil accounts for about 56 percent of the price of gasoline. Other costs — including paying refiners to distill crude oil into gasoline, shipping it to storage tanks and local gas stations, and federal taxes and fees — each comprise 14 to 16 percent, respectively, of the overall price.

Crude oil is subject to the exigencies of a capitalist system, which is all about profit. Oil is, furthermore, the most widely traded global commodity and among the most widely used, and the price is set on very liquid markets — that is, attractive markets with lots of buyers and sellers and comparatively low transaction costs. On top of that, there are powerful market groups, such as the Organization of the Petroleum Exporting Countries (OPEC) and huge international oil companies, that can influence the markets quite profoundly (even if their daily power has diminished from what it was 10 or 20 years ago). Large gasoline distributors wield enormous market power at the local level — and when prices rise, politicians like to posture by calling for “investigations” of price-fixing that typically have little or nothing to do with what’s actually going on. Meanwhile, the folks selling you the gas around the corner are independent operators — even with those big signs for giant multinational brands like Exxon. They have very little room to make a living from gas sales in the margin that’s left.

This brings us back to record-high gas prices today, which have spiked 10 to 20 cents per gallon on the same day in some locales and which, in only seven days, have gone up nearly 60 cents per gallon across the country.

Is the war in Ukraine to blame for these high prices? After all, Russia is a major oil producer, and the United States has just announced it will halt all imports from that country. In enacting that ban, President Joe Biden said it would cause gas prices to rise, stating, “Defending freedom will have costs.” At the same time, he warned the U.S. energy industry against “excessive price increases” and exploiting consumers.

Have you met capitalism, Joe?

The truth is that gas prices were rising for weeks before the Russian invasion of Ukraine that began on February 24, because oil is bought and sold on a global commodity market. Weeks ago, investors took note of the war drums beating more loudly, so they began hedging their bets, looking for ways to reduce their investments’ risk exposure. Doing so created more volatility. Many traders on these markets were anticipating the ban — even though Russian oil accounts for a mere 3.5 of domestic U.S. supplies. After all, the simple fact is that if global supply declines, the global price increases.

Most energy analysts expect the prices to keep going up. GasBuddy, a Boston-based tech company that tracks real-time fuel prices at more than 140,000 gas stations in the United States and other countries, was anticipating a $4.25-a-gallon price by Memorial Day (May 30) just before the AAA price hit $4.33 six weeks earlier. “We’ve never been in this situation before,” said the firm’s lead petroleum analyst, Guy de Haan, “with this level of uncertainty. … Americans will be feeling the pain of the rise in prices for quite some time.”

Just the news of a possible ban on Russian oil sent gasoline prices up, precisely because of market trading. The price for a gallon of oil, which was about $90 in February, is up to about $130 now. And some analysts are warning that it could hit $160 or even $200 if Russian crude is avoided across the globe. That would put U.S. gasoline prices at the pump above $5.00.

It’s no picnic having to run a midterm election campaign while presiding over that kind of hurt for minimum-wage workers in Arlington, Texas, and across the country.

Effects across the Economy

The effects of gasoline prices rising is not limited to filling up your car. Gas prices affect the economy generally, putting pressure on just about everything: the logistics and transportation chains that bring goods to our stores; the job market; consumer spending; the cost of airline tickets; and so on. They ripple through households and businesses, tamping down discretionary spending and putting the brakes on all manner of economic activity.

Take just one example. If you have to choose to drive less — and all sorts of research shows that driving miles are directly tied to gas prices — every brick-and-mortar retail store suffers. Plus, those stores and even online stores pass on to consumers the higher expenses they’re experiencing from increased shipping costs.

As for jobs, rising gas prices have been shown to curtail hiring. Businesses hold off on making new hires because of uncertainty about the overall health of the economy, on top of the jobs that are typically lost as discretionary spending lessens and less money makes its way through the economy.

Oil markets and gasoline prices are a microcosm of everything that’s wrong with capitalism. The underlying commodity is bought and sold on markets that are all about making profit. It is so lucrative that it compels competing capitalist countries to invade and colonize countries with reserves of it and go to war and slaughter innocents over it — just to be in control. The final product of the commodity poisons the planet and is the main cause of global climate change, which poses an existential threat to human life as we know it.

And yet all that just keeps churning on, because our capitalist system cares nothing about human needs and even human life, only about greater and greater enrichment of a handful of wealthy people at the expense of the overwhelming majority of the human race. Oil concentrates one of the most profound contradictions between the private accumulation of wealth and our very lives.

There is really only one solution, and that is to take the oil out of the hands of the criminal, murderous capitalists, destroy the oil market, and put energy production in the hands of the working class. That means nationalizing the oil companies and expropriating their massive profits as well as all their drilling and production facilities. It means planning a quick halt to all the oil-related activities that are putting our planet in immediate peril, and converting the economy to one that is as pollution-free as possible, as quickly as possible. It means creating a massive public works program to build free public transportation across the country that runs on alternatives to gasoline.

This may sound like pie in the sky, but publicly owned and democratically controlled energy is really the only solution. The massive profits these oil behemoths reap every day is the money we need to launch an immediate effort to save the planet. And that effort has to be international.

Today and in the coming months, skyrocketing gasoline prices are going to force more and more working-class people in the United States to fall below the official poverty line. Rest assured that not a single oil company executive or politician from the Democratic and Republican parties that are owned by Big Oil will feel the pinch.

Is there really any more reason needed to fight for a planned economy, under the control of the working class that makes everything on this planet run?