School Districts to Close Due to Women’s Strike

Chapel Hill-Carrboro, a North Carolina School District and Alexandria Public Schools (Alexandria, VA) recently put out school closure statements because so many teachers called out for the International Women’s Strike. 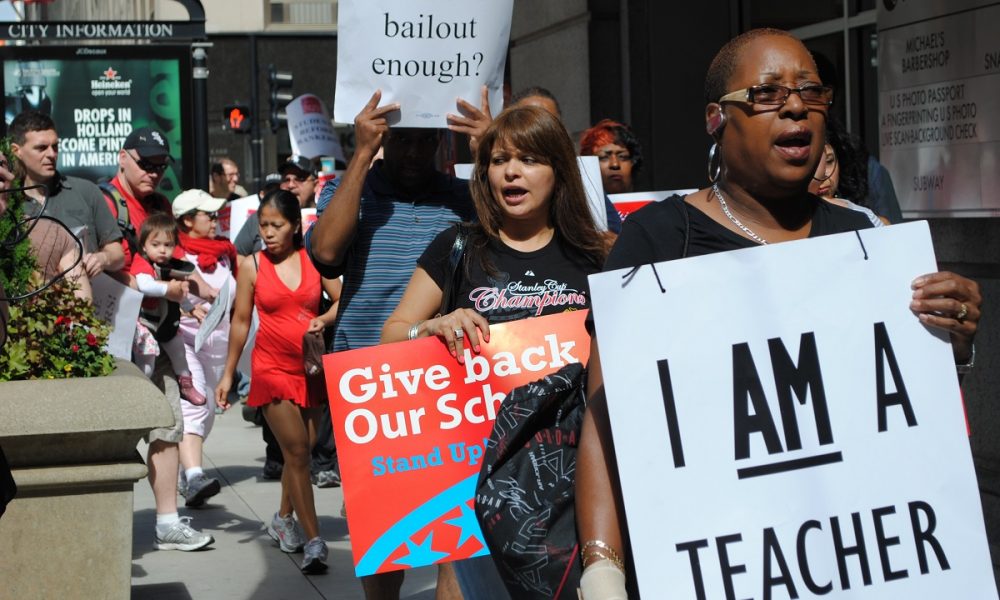 Chapel Hill-Carrboro, a North Carolina School District, has decided to close its schools on March 8th, 2017 because most of the staff and teachers will not be showing up for work in solidarity with the International Women’s Day March. The Day Without a Woman movement calls on women to boycott work and spend money. Women make up roughly 75 percent of those employed by the school district. The principals of the schools realized that they won’t have anyone showing up for work on March 8th, so they’ve decided to close the schools for the day. The school district issued the following statement: “Chapel Hill-Carrboro City Schools values and supports its female employees. However, the decision to close schools is not an endorsement of the planned demonstration. The decision is made solely to avoid operating school on a day when there are insufficient staff to provide instruction and basic school services.”

Schools are often seen as a site of resistance, where both teachers and students have the ability to express their opinion in a way that will resonate in society and speak truth to power. A day of unity between students and teachers as well as administrators and parents will challenge the status quo and show solidarity and strength in resisting oppression. The impact on communities that do organize, like the Chapel Hill-Carrboro School District, cannot be underestimated. On an individual level, students and teachers will have ample opportunity to discuss social justice, power relationships, and history through their action, while administration and parents will have the necessary and unifying experience of the community organized. On a meso level, other communities like this one will be inspired to follow the example and perhaps even unite forces with each other. For example, Alexandria Public Schools (Alexandria, VA) recently put out a school closure-statement that it too would be shut-down on March 8th due to over 300 staff members requesting the day off, largely in observance of International Women’s Day. On the macro level, those in power will see that people are in a state of resistance and are ready to organize, act, and protest, while mobilizing the younger generation as well.

In the Urban Education program at the Graduate Center, CUNY, students have organized to cancel their classes and show a united front in the March 8 rally in solidarity with the International Women’s Day across the world. Student and faculty members are eager to do what it takes to resist oppression and march together with thousands of New Yorkers to support women’s rights. Imagine the impact this will have if other schools/universities cancel their classes, while students, administrators, and faculty members march to show solidarity with women on March 8th. We would shut down small towns, big cities, and the whole economy. They need us more than we need them.