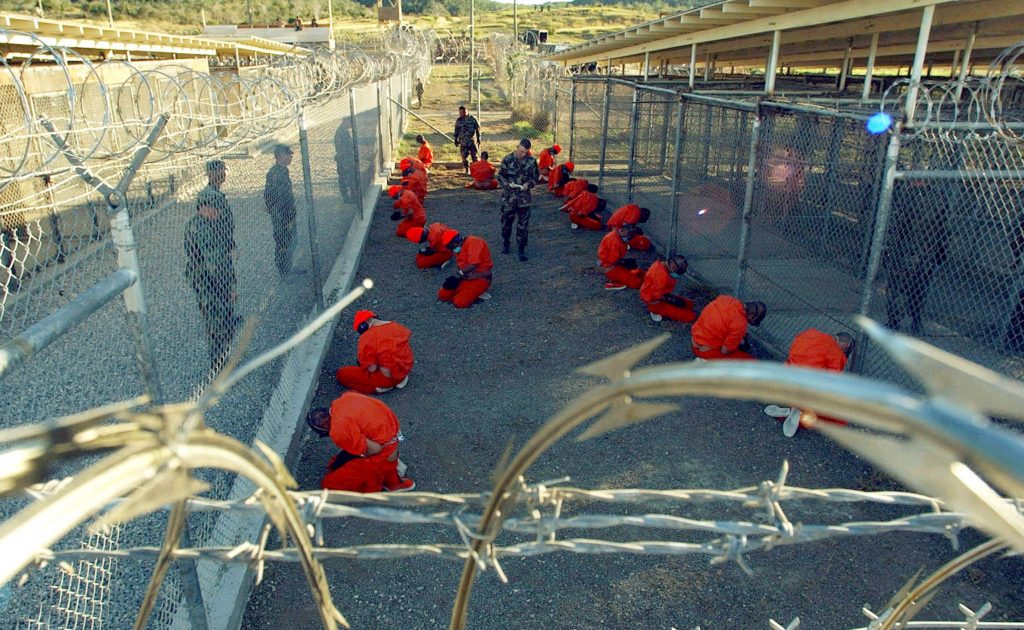 Yesterday marked the 20th anniversary of the opening of Guantanamo Bay Prison. The facility was constructed as part of the United States’ “War on Terror” launched in the aftermath of the attack on the World Trade Center and Pentagon. Far from being a “just” war to bring justice to victims of the 9/11 attacks, the “War on Terror” was a red herring and an attempt for U.S. imperialism to maintain its hegemony through military means.

Brigadier General Michael Lehnert described those detained at Guantanamo Bay as the “worst of the worst.” This term was used to justify creating a prison facility not located on U.S. soil to allow the military to deny detainees their constitutional rights. The reality of that lie eventually was made clear, with eight of the first 20 detainees released by the time President George W. Bush left office. To date, none of the original detainees have ever been charged in the 9/11 attacks, proving that the U.S. lacked even a minimal amount of substantial evidence to back their claim that those detained were “the worst of the worst.”

According to Human Rights Watch, approximately 780 people have been detained at Guantanamo, with only 16 people having ever been charged with criminal offenses.

An International Symbol of Torture and Prisoner Abuse

In 2014, newly declassified and released documents showed that the “enhanced-interrogation techniques” — that is, torture — the CIA was implementing were “brutal,” and “far worse” than what the CIA had initially described.

In 2002, shortly after the facility’s opening, Abu Zubaydah became the first victim of this “enhanced interrogation,” which included shackling him in stress positions and confined spaces, prolonged sleep deprivation, and 83 episodes of waterboarding.

Many have long demanded that the facility at Guantanamo Bay be shut down, including countless organizations like CODEPINK, ANSWER, Office for Democratic Institutions and Human Rights, Amnesty International, and the ACLU, to name a few. Even former U.N. Secretary-General Kofi Annan has said the prison should be shut down, but with the caveat of “as soon as possible,” a line that Democratic Party leaders have been pledging since the Obama administration.

And yet it remains open.

The continued operation of Guantanamo Bay Prison has shown that, despite what the bourgeois press claims, the “War on Terror” has not ended in any meaningful way. Socialists should take up the demand to shut down the prison, and point out that only an anti-imperialist struggle independent of the Democrats, and based on the power of the working class and oppressed that systematically challenges global imperialism — U.S. imperialism in particular — can accomplish that. We must foster and tap into anti-imperialist sentiment among the working class, and make it clear that the United States military and its ever growing budget is why the working class is struggling to meet its basic needs.