For the 20th anniversary of 9/11, Left Voice present a series of articles from a revolutionary Marxist perspective on the most burning questions that the imperialist defeat has raised for debate. 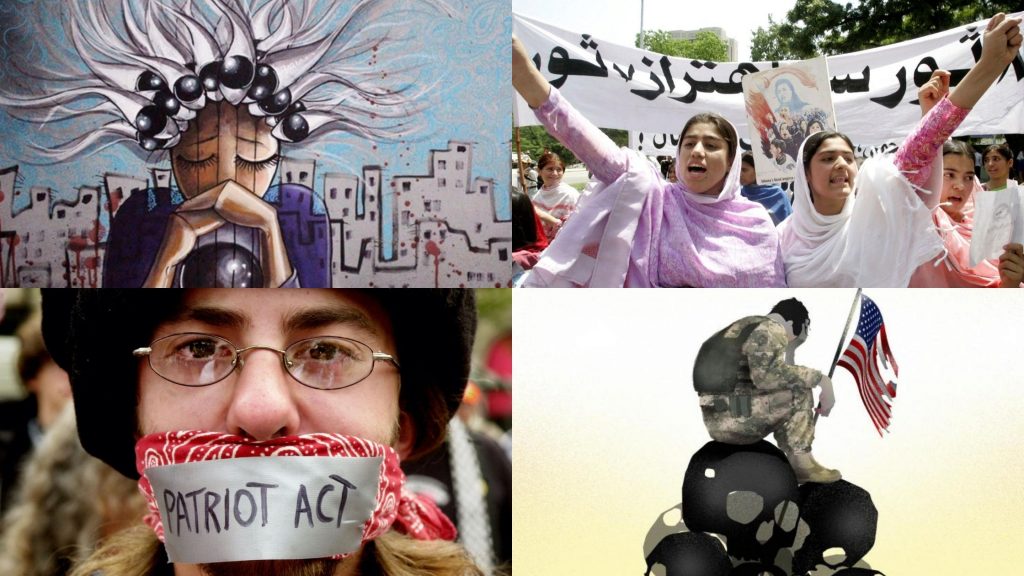 Today marks the 20th anniversary of the brutal attacks on the World Trade Center. This anniversary is marked, however, by the current climate of defeat for the world’s dominant imperialist power. After 20 years of occupation by the United States and NATO, Afghanistan is once again ruled by the Taliban — who took control of the country in a matter of days. The humiliating image of the American withdrawal from Afghanistan will stay with President Joe Biden for the rest of his presidency.

The coming period will reveal how deep the consequences of this catastrophic withdrawal go, both domestically and geopolitically. What is the strategic significance of the defeat of the United States in the “war on terror”? How will this affect the increasing confrontation between the United States and other powers, such as China? The course of the crisis is framed by the process of historical decline of U.S. hegemony that has been developing slowly but steadily since the Vietnam War and has been exacerbated by the crisis of neoliberalism and the Covid-19 pandemic.

Meanwhile, the Afghan masses — who have borne the yoke of imperialist occupation for decades — now face the return of the Taliban to power and the competing interests of regional powers. This leaves great uncertainty as to the future course of the struggle not only of women but all the oppressed and exploited in Afghanistan. With this Left Voice special for the 20th anniversary of 9/11, we present a series of articles from a revolutionary Marxist perspective on the most burning questions that the imperialist defeat has raised for debate.

“Twenty Years Since 9/11: A Legacy of Attacks on Civil Liberties and Human Rights,” Scott Cooper and Emma Lee

On the anniversary of 9/11, we look back at how the attacks were a cover for a broad assault on civil liberties and human and political rights in the United States and abroad.

U.S. imperialism is responsible for the conditions facing women in Afghanistan today and others like them all across the world. Liberal feminism, with its reliance on the imperialist capitalist state, will never liberate the working class and poor women.

“Feminist Struggle Is at the Heart of Class Struggle in Afghanistan,” Madeleine Freeman and Sou Mi

Contrary to the claims of bourgeois historians, demands for social reforms in Afghanistan — particularly in the realm of women’s rights — predate both the U.S. and Soviet occupations.

With the narrative of justifying imperialist intervention in the name of women’s rights called into question by 20 years of disastrous U.S. occupation in Afghanistan, the space is open for rethinking what it means to take up the fight for women’s emancipation with a staunchly anti-imperialist perspective.

“The Specter of 9/11 and the Crisis in Afghanistan,” Maryam Alaniz

Just as 9/11 was a flashpoint in the relative decline of the U.S. empire 20 years ago, the withdrawal from Afghanistan has likewise deepened the contradictions facing U.S. imperialism. How the crisis develops depends on the independent action of the working class and oppressed and international solidarity on behalf of workers around the world.

“Five Demands We Should Fight For in Response to the Crisis in Afghanistan,” Left Voice