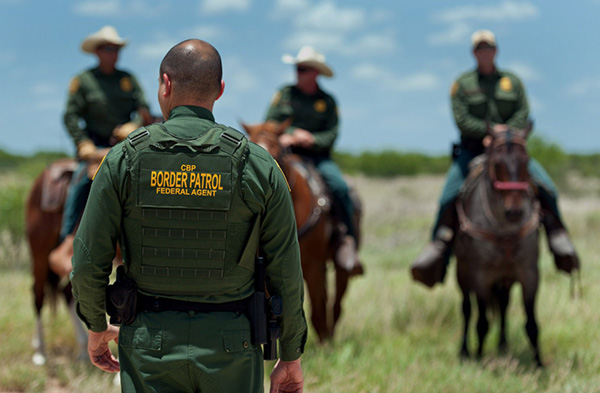 When the doors of the semi-truck were at last opened in a Walmart parking lot in San Antonio, Texas – less than three hours from where the truck departed at the Mexican-American border, eight people were already dead. Of the 39 migrants in the trailer, 30 were rushed to the hospital and according to local fire chief Charles Hood, roughly 20 of them were in critical condition. The causes of death were heat exposure and asphyxiation, due to what were likely clogged vent holes and an inoperative air conditioner. According to the survivors, the remaining migrants were only a fraction of the number that had boarded the trailer along the route, which some claimed rose as high as 200, according to a report from the New York Times.

The driver, James M. Bradley, a 60-year-old man from Clearwater, Florida, is being charged in federal court for transporting illegal immigrants in the United States. Bradley reported to investigators that he was unaware of the contents of his truck until he heard a sound from the back while he stopped to use the restroom. He then opened the doors and was pushed over by fleeing migrants. Bradley’s role in the crime is dubious. However, the true culprit of the deaths of these innocent people is ever-tightening immigration policy in the U.S. that has led to a rise in human trafficking in Texas in recent months.

The surviving migrants are reportedly in the custody of Immigration and Customs Enforcement, where immigration lawyers argue they should be protected by their status as victims and witnesses of a crime. For many of those trapped in the truck, this was only the latest chapter in a long and harrowing journey, including crossing the Rio Grande on rafts, walking for hours through the South Texas brush, accumulating thousands of dollars in debt to smugglers and the Zetas cartel in San Antonio, and waiting for 11 days in a stash house before being loaded into the pitch-black trailer with what seemed to be hundreds of other people (NYT).

The tragic deaths and injuries to 39 immigrants is one of the worst incidents of human trafficking in American history, and its political significance did not go unnoticed by politicians amid the current climate surrounding immigration. Texas Lieutenant Governor Dan Patrick blamed sanctuary cities that somewhat shield inhabitants from immigration law enforcement, saying that they “entice people to believe they can come to America and Texas and live outside the law.” His comments invited anger from other politicians who accused him of using this solemn moment for “self-indulgent cheerleading.” This brutal killing of individuals whose bodies are still being identified for their return to their families, is unfortunately, a story inextricably linked to national policy.

Despite seeming utterly incompetent and narcissistic, President Donald J. Trump has experienced considerable support and success in his anti-immigration policies. With the help of Trump’s executive order, the Immigration and Customs Enforcement (ICE) now has three times as many agents who now have greater liberty and incentive to arrest and begin deportation proceedings against immigrants living in the United States. ICE arrested 41,000 people between late January and late April, a 37 percent increase from the same period last year, according to Government Executive. Perhaps due to the increased pressure on immigration bureaucracy, however, deportation rates have actually dropped. Yet the policies, and the attitude of the government toward migrants fleeing poverty, persecution and violence, are undeniably and unswervingly inhumane.

Relocating to the United States has been difficult for nearly everyone since the first days of immigration restriction in the 19th century, when laws restricted immigration specifically from China. Discrimination and double standards for those wishing to move to the United States have continued steadily ever since. American industries, particularly agribusiness, heavily benefit and in many cases depend on immigration from Latin American countries. However, the workers’ ability to attain citizenship has become increasingly difficult, particularly as conservatives who oppose the legalization of immigration of Latino workers now enjoy widespread support from all three branches of U.S. government. No importance to them, it seems, that immigrants are often pushed out of their homes directly by American business and policy.

The loss of lives in San Antonio is only the most recent tragedy as a result of anti-immigration policy. The life of each person who died in the black and overcrowded trailer on the way to what they hoped would be a fresh beginning deserves respect and solemnity. Yet before more innocent lives are ended and more hopeful futures are taken away, US policies must change. We can no longer joke about the wall that Trump will have to build with his own tiny fingers, the very real wall of the law and its enforcers in the ICE already stands tall. Eventually all walls come down, and this one has to be next.