Republican Governor of Texas Greg Abbot sent barbed wire to Mexico to be used in Coahuila with the intention of stopping migration. This is just the latest attack in Mexico and the Untied States’ coordinated war on immigrants 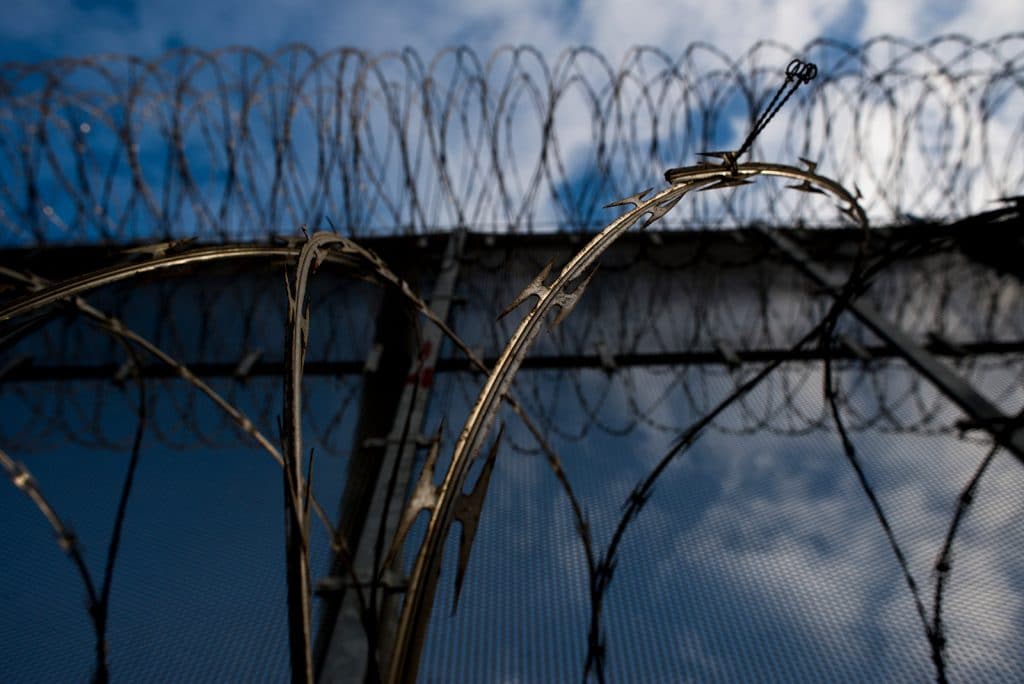 Last month, the spokesperson for the Governor of Texas, Renae Eze, announced the shipment of barbed wire and training for its deployment in the border city of Piedras Negras, Coahuila, governed by Miguel Angel Riquelme Solis of the PRI ( the neoliberal party of the Mexican regime). Barbed wire, which has already been used in Texas against native people, will be used in an attempt to stop migrants from seeking to cross into the United States from Piedras Negras.

According to Eze, this shipment and training is at the request of Coahuila’s government. Mexicans arrived in U.S. territory to be trained by the Texas National Guard. At the end of the week, they were given the barbed wire (without specifying the length of the wire) and will return to install it. As a result, increased military activity is expected in the area, in addition to the persecution, detention and expulsion of migrants from Central and South America, as well as from the Caribbean and even the Middle East and Europe.

This binational anti-immigration policy agreed upon by the governments of Texas and Coahuila adds to the various clearly xenophobic and racist “unprecedented measures” against migrants fleeing violence and poverty in their countries of origin in the hope of finding work and improving their living conditions and those of their families. The use of barbed wire can seriously injure those who get stuck in it, putting their lives at risk.

The Culmination of Anti-Immigration Policies from Texas

As recently as November 2021, the Texas government reinforced the border fence by sending dozens of Border Patrol vehicles to International Bridge I and II, where it had already ordered barbed wire to be placed in order to stop crossings between the Mexican city of Piedras Negras and Eagle Pass in Texas.

The subordination of the Coahuila government to the Texan authorities occurs within the framework of the subservience of Mexican President López Obrador’s government to Washington. From Donald Trump’s administration to Joe Biden’s, the policies against migrants under Title 42 (which allows express deportations in the midst of the pandemic) have accelerated and increased, along with the Stay in Mexico policy. These include sending dozens of repressive military and state forces to the border, as well as the construction of sophisticated border walls, with patrols, high military technology, and materials whose costs are in the millions in government funding.

Despite all attempts by U.S. authorities to curb migration, the reality is that migrants continue to walk to reach the United States. While migrants have been stripped of everything, construction companies, with the complicity of the U.S. state under both Republicans and Democrats and  compliance from governments such as Mexico’s, continue to enrich themselves by building border walls, whether of concrete or with armed military or, as in this case, with barbed wire.

The Answer Must Be the Unity of the Working Class.

The bourgeois politicians ally with the business class against migrants. But the immigration problem does have a way out: the international unity of the working class on both sides of the border is necessary, with the workers of “Generation U” who seek to unionize to defend and win rights, together with the thousands and thousands of people fighting for reproductive rights in defense of the right to abortion, with the young people who went out to fight against racism, as well as with democratic organizations, unions and human rights defenders, who are committed to fight in defense of the political, social, cultural and economic rights of those who migrate. This must also include unity against the xenophobic and racist policies of the Ultra-Rght, of both the Republican and Democratic parties, and the immigration policy of the federal and state governments in Mexico, which may claim to be very progressive but in reality are subordinated to U.S. imperialism at the expense of the lives of migrants.

Free movement and open borders for all!

Originally published in Spanish on May 18 in La Izquierda Diario