The two primary left-wing parties in Argentina have spoken out against the impeachment of Brazilian President Dilma Rousseff and called for the independent mobilization of workers against the “institutional coup,” the cuts and austerity measures of the Partido dos Trabalhadores (PT – Workers’ Party). 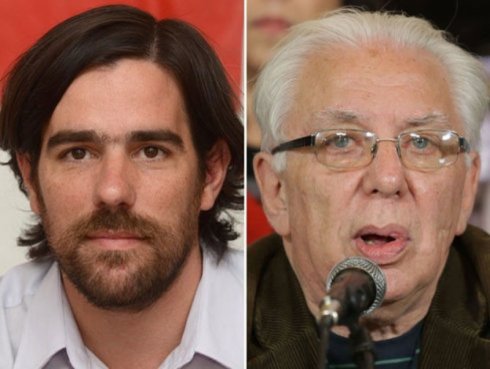 Nicolás del Caño, the former presidential candidate for the Frente de Izquierda y Trabajadores (FIT – Left and Workers’ Front) in Argentina, told La Izquierda Diario that “the impeachment attempt against Dilma and the push to annul her term in office through the justice system seeks to cover the coup-like manoeuvres of the Parliament and the judiciary with an appearance of legality. It is clear that Judge Sergio Moro and the whole Operation Lava-Jato (‘Operation Car Wash’ – money laundering and corruption investigation) violates basic democratic rights in order to favor one sector of capitalists at the expense of others. It also seeks to rebuild the image of the political system in order to implement much harder attacks against workers- even harder than those that the PT government currently applies.” The Partido de los Trabajadores Socialistas (PTS – Socialist Workers Party) leader further added that, “If the right-wing and their methods continue to move forward in Brazil, it will be a clear signal for the same thing to occur in other countries in the region. This is why we reject the impeachment and all forms of this institutional coup, both parliamentary and judicial, that are now underway.”

Jorge Altamira, the well-known leader of the Partido Obrero (PO – Workers’ Party), said that “This ‘golpismo’ (coup-like maneuvering), whether it be parliamentary, judicial, media or financial, is the result of the political crisis, not its cause. (…) The citizenry, including an important part of the workers, are not aware of the fact that the leadership of this political solution is in the hands of the fraction that advocate the overthrow of the government, i.e. putchist leaders. (…) In Brazil a brutal confrontation between different capitalist fractions has developed, with its necessarily ‘golpista’ process. On the agenda is an extraordinary level of austerity measures against the masses. (…) No worker should align themselves with the coup using the existing corruption as an excuse, nor be neutral; neither can workers support the government, which continually compromises with the ‘golpismo’ in order to either delay its own collapse or to get its own space in the process further on”, the PO leader said on his Facebook page.

Given the fact that the two main parties of the Frente de Izquierda y de los Trabajadores (FIT – Left and Workers’ Front) have come together on this issue, the PTS has proposed to the PO for them to jointly hold a Latin American Conference for the revolutionary left. “We cannot remain without initiatives in the face of the events that we are now living through in our own subcontinent (the move of bourgeois governments from containing workers strugles to directly attacking the standard of living of the workers and popular masses). The decline of nationalist or center-left governments and open clashes between the classes in countries such as Brazil and Argentina requires the revolutionary left to take a position and a common intervention. The Fracción Trotskista (FT – Trotskyist Fraction, the international current to which we belong) has important groups in Brazil, Chile and Mexico, as well as organizations in Bolivia, Uruguay and Venezuela, with whom we can organize this Conference.”

Commenting on the seriousness of the events in Brazil, Nicolás del Caño noted that, “the resolution that the workers of the University of São Paulo (USP) adopted at its Assembly is very important, for it demands that the union federations put in practice a mobilization plan, through rank and file assemblies, to create a concentration of those organizing class struggle against the impeachment of Dilma and the attacks of the PT government. They will also demand that the Central Única dos Trabalhadores (CUT – United Workers’ Central) break with its subordination to the PT government in order to implement such a plan.

This is an important step in the direction of the struggle for working-class political independence, like what we have in Argentina with the action of the PTS in the unions and in the Frente de Izquierda. The USP workers are valuable compañeros that I got to know when I visited them in November last year. We had an internationalist exchange in a broad meeting they held together with compañero Claudionor Brandão on the university campus.

This position of working-class independence at USP was won through the struggle of the compañeros of the Movimento Revolucionário de Trabalhadores (MRT – Revolutionary Workers’ Movement) in Brazil, the sister organization of the PTS in Argentina. Our MRT compañeros today pose the need for mass mobilizations under the banner of working-class independence and for taking up the fight for a free and sovereign Constitutional Assembly, to attack the impunity of the politicians at its root, and make the capitalists pay for the economic crisis and address the nation’s structural problems”.