The Democrats have unveiled a new police reform bill. It is chock full of reforms that have already been implemented, to little success. Reform is no substitute for abolition. 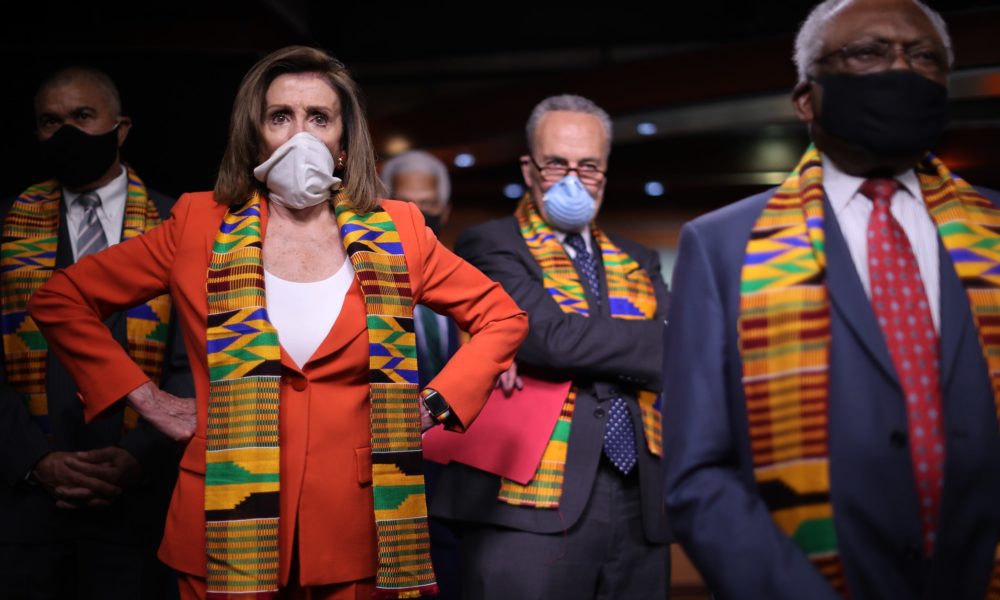 Early yesterday morning, House and Senate Democrats unveiled a new police reform bill.  Titled the “Justice In Policing Act of 2020”, and drafted primarily by Karen Bass, Jerrold Nadler, Kamala Harris, and Corey Booker, it encompasses yet another series of reforms meant to improve transparency and increase accountability for police misconduct.

While the bill’s swift drafting and unveiling indicates just how much pressure one week of nation-wide revolting can place on officials, its mealy-mouthed language also signals how far we’ve yet to go in shifting the fundamentals of police reform discourse.

Among its many demands, for example, none question the existence of a profession that “has the power to kill.” Rather, its authors seem only concerned with reigning in that killing power to an acceptable magnitude.

In theory, this looks like banning dangerous and constrictive restraining techniques, requiring the use of body and dashboard cameras, establishing federal registries, restricting the issuance of “no-knock” warrants, limiting the application of qualified immunity in litigation proceedings, and forcing the adoptions of various anti-discrimination and crisis intervention training programs.

Do these reforms sound familiar? They should. To greater and lesser degrees, most of the reforms drafted into this bill have already been implemented in municipalities all around the country — including in Minneapolis.

And yet, here we are.

Chokeholds were barred in the NYPD before they decided to use one on Eric Garner. Body cameras are already required in most departments. Use-of-force standards have been restricted all over. Anti-bias and de-escalation courses are already compulsory in many jurisdictions.

And yet, here we are.

Like every elite attempt at law enforcement reform before it, this legislation still ahistorically poses racist and violent policing as the result of “bad apples” that just need to be “picked off the tree.” To the extent that individual and malignant behaviors are structural, then, it’s only because current regulatory measures aren’t strong enough to prevent them. In other words, nothing in this bill accuses the structures themselves of breeding problem officers; only of failing to prevent them from being bred — this is like trying to cure a cancer by only removing tumors. Killer cops, the logic goes, are aberrations within liberal policing paradigms, not features.

Of course, a good faith briefing on the historical purpose of American police forces should be more than enough to cast doubt on these presumptions, but the Democrats — little less than their Republican “counterparts” — aren’t much for contextualizing or questioning repressive state structures (especially those that keep their pockets lined) in good faith. Both the Democrats and Republicans are parties of capital — they are tied to the very state that uses these repressive state structures to maintain a system of extraordinary inequality. Neither of these parties has any interest in weakening the state’s ability to repress Black, Brown, working class, and poor communities in the interest of capital.

This framing sheds light on their approach to “reform”: as made plain in this bill, their answer to rampant police violence is to, ironically, invest more in the police. Lest we forget, law enforcement reforms inevitably require more funds be pumped into already astronomically bloated police budgets. Training requires money. Cameras do too. So does prosecuting all the problem officers that these mandates — against all mounting evidence — will supposedly out.

In fact, there’s not a single clause in this entire bill that unilaterally slashes state or federal cash-flows to police departments. Tellingly, the ones that do mention reduced funding put it in the context of an ultimatum: adhere to the directives or see a cut in government aid. Put another way, “accept more funding or lose your funding.”

Sure, these procedural reforms may ultimately prevent a few civilian casualties at the hands of the law. But they won’t change the gargantuan scope of current policing portfolios. They may hold sociopaths’ feet to the fire, but they won’t address that implicit bias issues are deeper than the unconscious discretionary decision-making of individual officers, nor will they fundamentally challenge the reverberatory powers of police unions and the city and state officials that, like strung-up marionettes, dance in lock-step to their thin blue guitar strings.

We already knew reform is no substitute for abolition. We cannot trust the parties of capital to fight for this perspective.