Martin Monath (1913-1944) was a German Jewish Trotskyist, a member of the Fourth International, and the editor of German-language socialist paper Arbeiter und Soldat (Worker and Soldier), who in 1943 began organizing resistance cells within the Nazi army. A new work by Nathaniel Flakin, Martin Monath: A Jewish Resistance Fighter Among Nazi Soldiers, out this month from Pluto Press, uses archival materials to piece together his fascinating story. This is an interview with its author. 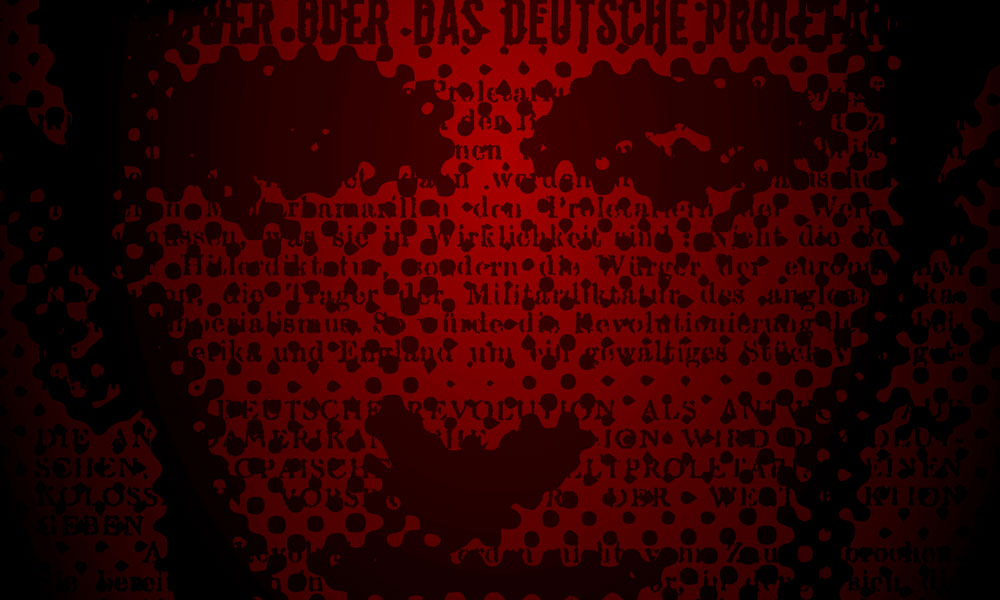 Book Presentations on the East Coast

You just published a biography of Martin Monath, a Jewish Berliner who built resistance cells inside the Nazi army. Why is this book coming out now?

Monath’s story is incredible—if it were in a Tarantino movie, people would call it too strange to believe.

But the story feels particularly relevant in the United States today. Every day we read about new racist atrocities. At the forefront of protests against ICE concentration camps, we see new Jewish resistance movements. Using slogans like like “Never Again Is Now,” Jewish people are organizing direct action against these Gestapo-like agencies.

What does that say about Jewish identity in the U.S. today?

There is a huge campaign to equate Jewish people with the Netanyahu government and the Israeli state. Both parties of U.S. imperialism, the Republicans and the Democrats, attempt to brand every criticism of Israel as antisemitic. There are slanderous attacks on Ilhan Omar, Jeremy Corbyn, and anyone else who speaks out for the basic rights of the Palestinians.

But this campaign is not a result of strength—it shows that fewer and fewer Jewish people in the U.S. and internationally identify with the state of Israel. This Great Schism won’t be healed by a change of government in Israel, either. In fact, had Gantz won the election, he wouldn’t have launched some kind of “center-left” Zionism—he only would have proven was that he is just as right-wing as Netanyahu. This growing disenchantment among U.S. Jews is a source of great concern for the ruling class in Israel and also the U.S.

So how does Monath’s story fit in?

Monath was a leader of Hashomer Hatzair, an international Zionist youth organization, in Berlin in the early 1930s. “Socialist Zionism” was full of idealism: They were going to build up a new socialist society in Palestine, and they were convinced they could win over Arab peasants as partners.

It is important to remember that Zionism represented just a small minority of the Jewish population in Europe at the time. Hashomer Hatzair, for example, had perhaps 200 members in Berlin. This was at a time when the Communist Party got up to 37% of the vote in the city. Most Jewish people believed that their liberation would come via a common struggle of all working people.

When the Nazis came to power, they crushed every socialist and workers’ organization, but they left the Zionists alone for the first five years. This was, after all, a movement dedicated to convincing Jews to leave Germany, and influential Nazis spoke out in favor of this project. This was right about the time that Monath dropped out of politics.

So Monath never emigrated to Palestine?

He did the Hakhshara, a year of agricultural training on a farm in Denmark. But then he stayed in Berlin, even as many of his comrades left for Palestine. In 1939, after his brother was deported to Poland, Monath was forced to flee to Belgium. When the Nazis invaded, he tried to escape via the south of France, but it was hopeless. So he returned to Belgium and came into contact with the underground Trotskyist organization. Its leader, Abraham Leon, was a former member of Hashomer Hatzair as well.

Leon gave Monath a new theoretical framework: Antisemitism was not some metaphysical and ahistorical phenomenon that Jews would always face—it was a product of class society. The Nazis’ genocidal plans were an expression of capitalism in decay. Leon’s thesis was that if you want to get rid of antisemitism, then you have to get rid of capitalism. For that, it is of no use to create a Jewish nation-state—instead, you have to organize workers across all borders. It is no coincidence that Leon was arrested by the Nazis while he was organizing strikes by Belgian miners.

That is how Monath ended up working with Nazi soldiers?

The Trotskyists in France had established some initial relations with rank-and-file soldiers—these were mostly kids from the working class, after all, and more than a few were opposed to the Nazis. But due to the French Trotskyists’ lack of German skills, and the German soldiers’ lack of political experience, the initial leaflets they put out were frankly rather terrible. So Monath was brought in to lead this work. He published six issues of the newspaper Arbeiter und Soldat (Worker and Soldier, included in the book in a new English translation). Up to 50 German soldiers joined the underground network before it was smashed by the Gestapo.

What kind of lessons can be drawn from this?

Today we are seeing a terrifying rise in antisemitism. Paradoxically, the worst antisemites—like Trump, Orban, and Bolsonaro—are also the best friends of the right-wing government of Israel. We get to such extremes that a right-wing ideologue like Sebastian Gorka, an out-and-out Nazi, can describe liberal Jews as antisemites. Or we see German police arresting Jews for antisemitism!

Clearly many Jewish people don’t see any perspective in an alliance with brownshirts and apocalyptic Christian cults. Some dream of a supposedly “liberal” or even “socialist” Zionist legacy, which must be hiding somewhere in hibernation. But the logic of Zionism as a colonial project could never lead anywhere else than a millenarian Apartheid state. That is something that Abraham Leon said clearly, several years before the state of Israel was founded.

Mainstream Zionism has a certain history of collaborating with antisemites, such as Theodor Herzl’s visit to the czarist interior minister Plehve, who was responsible for horrific pogroms.

This is the context of the developing Great Schism between U.S. Jews and Israel—with more and more kids refusing to go on Birthright trips, or protesting when they do. This same disaffection is reaching Israel too: Where I am from, in Berlin, you can observe a kind of re-diasporization, with tens of thousands of young Israelis moving to Europe.

I am a Trotskyist, and our movement has always had a very strong Jewish presence.But I don’t think that was key. As a historian of the communist movement in Berlin, I was fascinated by these nearly mythical figures like Hugo Urbahns, Ruth Fischer, Werner Scholem, and of course Rosa Luxemburg. Starting about ten years ago, I also got to know many Israeli emigrants who inspired me as internationalists.

Looking at these different generations, one before and one after Zionism’s heyday, the question is: What can Jewish identity look like after Zionism? There are lots of things to be discovered in cultural and religious traditions. But I think a more interesting part of the history is the fight that took place 100 years ago—between Herzl’s vision of a bourgeois-nationalist project and the much more popular idea of “red assimilation” via socialist revolution.

Today there is a similar tension between particularism and universalism. And these biographies of Jewish revolutionaries in the front lines of general emancipation movements feel more relevant than any time in recent decades decades.

First published on October 9 in The Jewish Worker.