The “Lesser Evil” Is Bankrolling the Far Right

The Democratic Party is spending tens of millions of dollars to advance far-right candidates in hopes that it will improve the Democrats’ midterm chances. This strategy shows, yet again, that the Democrats will not help us fight the advance of the Far Right. 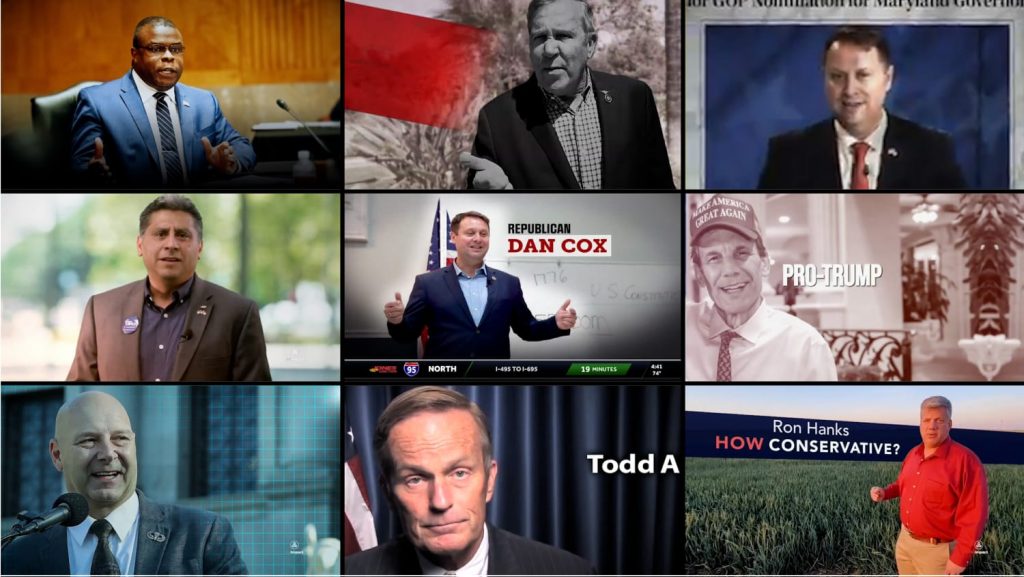 Joe Biden, last week, called Trumpism “semi-fascism,” leaning once again into the Democratic strategy to win votes through fear-mongering. And there’s a lot to be afraid of. Far-right extremists are winning primaries, and some seemed poised to join self-proclaimed Christian nationalist Marjorie Taylor Greene in Congress, potentially creating a “far-right squad.” These far-right politicians espouse racism, xenophobia, homo- and transphobia, and misogyny. The most far-right Republicans keep winning primaries, and the more moderate Republicans keep getting pushed out. Why is this happening? Well, in part, because the Democrats are helping them.

Part of the Democratic Party strategy to hold Congress in the coming midterms is to intentionally support right-wing extremists in their primaries against establishment Republicans, in the hopes that the far-right candidates will be easier to beat in the general election. But the stakes are far higher than a primary. We are in the midst of the Far Right’s advance — they’ve successfully overturned the federal right to an abortion and are escalating attacks on trans children, voting rights, immigrants, and reproductive health care state by state. The Far Right is a real danger — as the Democrats themselves keep telling us! — and the Democrats are propping them up, in hopes that it will benefit them in November. In fact, the Democrats have spent more than $20 million supporting far-right candidates.

For example, in a contentious Michigan election the Democratic Congressional Campaign Committee (DCCC) spent $425,000 on an ad for John Gibbs — who once claimed that Clinton campaign chair John Podesta and acclaimed performance artist Marina Abramović participated in satanic rituals. Gibbs went on to win that primary, beating one of the only Republicans who voted to impeach Trump. When asked about the decision, Nancy Pelosi defended it, saying: “​​The political decisions that are made out there, are made in furtherance of our winning the election.” To make the situation even more despicable, the DCCC is funded primarily by grassroots donations. Meaning that the Democrats took money donated to them — likely raised through one of their many scare-tactic fundraising campaigns about the attacks on our rights — and spent it on a member of the Far Right.

For the sake of short-term political advances, the Democrats are helping shift the political atmosphere to the right. By promoting and centering the right wing of the Republican Party, the Democrats are mainstreaming its once-fringe ideas and moving the overall political discourse to the right. They are also, very tangibly, helping far-right candidates get closer to political office. Multiple hard-right figures won their primaries in part because of Democratic Party support.  In the Pennsylvania primary,  for example, the Democrats ran ads for right-wing candidate Doug Mastriano, spending more than double Mastriano’s own ad budget. Mastriano prevailed in the primary.

As the political spectrum shifts to the right, it is the most oppressed people who will suffer — many driven to the polls by fear of the Far Right that the Dems are funding. This is especially dangerous for the most precarious in society when it is used to boost far-right candidates for governor. As the examples of Greg Abbott and Ron DeSantis have shown, governors have a huge amount of power that they can wield to disenfranchise and oppress members of marginalized communities. Now, thanks to the Democrats, more right-wing gubernatorial candidates are drawing closer to power.

In Pennsylvania, for example, Mastriano is one of the most malignant representations of the rise of Christian nationalism. Dedicated to attacking trans people, Mastriano also puts forward the very dangerous proposal of “resetting” voter registration, requiring everyone to reregister, which opens much more space for voter suppression. In the words of Noam Lee, the executive director of the Democratic Governors Association, “Doug Mastriano is an extremist running on a dangerous agenda that would devastate Pennsylvania families.” Perhaps no one told Lee that Mastriano, whose campaign chartered buses to take extremists to the Capitol on January 6, received $800,000 in support from the Democrats. Indeed, the Democrats spent more on that one ad for Mastriano than the Mastriano campaign’s entire TV budget. Now the election between Mastriano and his Democratic opponent is tightening. If Mastriano pulls off a win, it will be because the Democrats boosted him at a time when he was behind in the polls. The Democrats are responsible for Mastriano’s political rise.

The news in recent months has been very scary. Almost every day seems to carry a new right-wing attack. The right to abortion has been overturned, some states are moving to restrict contraception, trans people (specifically trans children) are under the greatest legal attack ever seen, immigrants are constantly under attack from an increasingly nationalist right, and voter suppression seems to be a key tactic in the Right’s playbook. The Democrats have seized on this to fundraise and whip up support for their candidates. Just as in 2020, the Democrats are telling us that our future hangs in the balance this election; that they are what stands between us and fascism. In the same speech in which Biden called Trumpism “semi-fascism,” he declared,

Yet, while they spill this convenient rhetoric, the Democrats are actually propping up the worst elements of the Republican Party. They’ve spent tens of millions — of money donated to them to defend against the right — to make sure that these extremists advance. If you’re worried about the advance of the Far Right, then you should be worried about the party bankrolling them to win elections.

The Democrats also use this increasingly radicalized Far Right to shift their own agenda to the right. As we have seen happen with trans rights and Black Lives Matter, Democrats will use the more right-wing atmosphere to try to paint important demands of the most oppressed as “boutique issues” that “shouldn’t be a priority” or are overly radical. They will point to the more conservative atmosphere as an excuse to “moderate” and throw the most marginalized under the bus as they continue to march the party and the situation to the right. In this sense, it should be crystal clear: the Democrats are helping create a right-wing atmosphere that will allow them to also shift to the right. For all their talk about defending against “semi-fascism,” the Democrats are helping normalize and mainstream those elements.The idea that supporting Democrats will defeat the Right is convenient and incorrect. Countless historical examples — including the far more extreme example of Nazi Germany — have shown that supporting the “lesser evil” will not stop the rise of the Right. What stops the rise of the Right is a combative, organized, and militant Left and workers’ movement. The workplace organizing that we are seeing at Amazon and Starbucks will be far more helpful in defeating the Right than any bourgeois politician who claims to have our best interest at heart while also spending millions on ads for bigots. The Democrats aren’t our allies against the Right; they’re the Right’s sugar daddy. They’re playing games with our rights, and we have to fight them with everything we have.