The Migrant Caravan: A Challenge to Donald Trump

Despair. That was the expression on the faces of nearly 7,500 Central American migrants as they crossed from Guatemala into Mexico’s southern border on Friday. The Mexican police, doing the dirty work of Donald Trump, met them with riot gear, tear gas, and violence.
Share on facebook
Share on twitter
Share on email

“The borders are stained with red, because they kill the working class in them.” —Popular Mexican slogan

Marching since October 13 in temperatures of over 95 degrees, they arrived at Mexico’s southern border hungry and thirsty, their feet blistered and bleeding from miles of walking. Worse than their physical pain, however, was the anxiety of not knowing whether they would be allowed to enter Mexico.
As they prepared to cross the international bridge that divides Guatemala and Mexico, the migrants faced the Guatemalan army, which tried to prevent their passage, but the military was defeated. 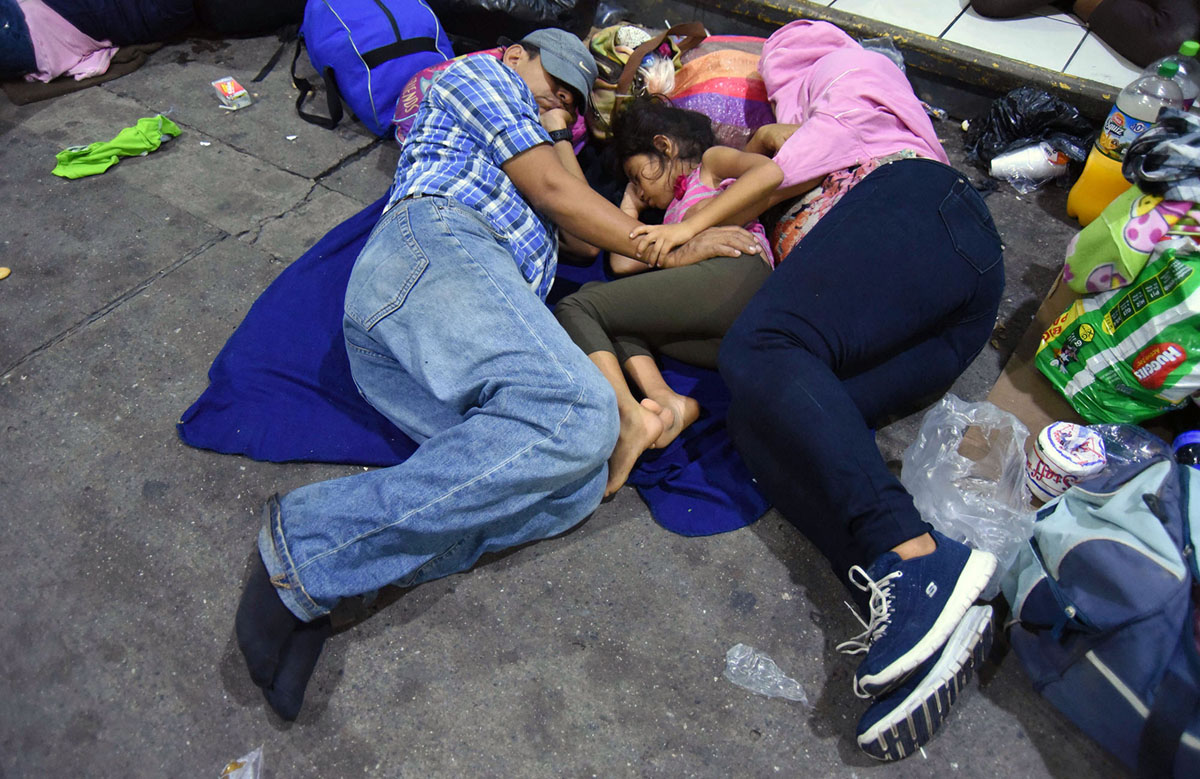 The most dramatic events, however, occurred on Friday, when some migrants, fed up with being forced to wait at the border, began to cross the Suchiate River on their own, lowering themselves down with ropes onto improvised rafts or jumping into the water from the bridge. More than one person was dragged several miles by the current and had to be rescued; one person fainted while crossing and had to be dragged out of the water by his compatriots.

Simultaneously, on the bridge—under a sign with white letters declaring “Welcome to Mexico”—200 Mexican military police officers threw tear gas into the crowds, causing many people to retreat back across the bridge. 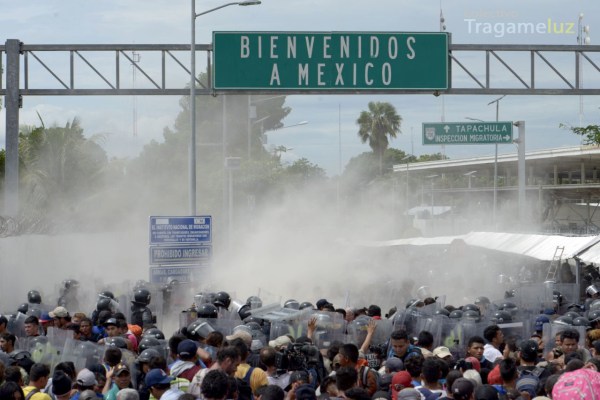 Other members of the group responded to the police’s display of violence: A rain of stones fell on the heads of the policemen guarding the Mexican side of the bridge. Amid the chaos, many people fell to the ground, including women and children.

“Why are they killing us, why are they murdering us, if we are the hope of Latin America?” some chanted as they fled the tear gas.

“We are not criminals. We only want work and security because in our country there is a lot of violence and poverty,” said a young man who is traveling with the hope of finding a job in the United States.

Because of the outrage at the repression and the fear of an international scandal, the Mexican government had no choice but to let the caravan enter the country. The migrants are now in the southern state of Chiapas and are slowly but determinedly approaching Mexico City.

As the caravan makes its way through Mexico and approaches the United States, where politicians are already using this event to ramp up their anti-immigrant rhetoric for the midterm elections, it is important to realize that U.S. policies are not only behind the Mexican government’s repression on the bridge, but are also what forced these thousands of people to leave their countries.

A Challenge to Donald Trump

This is not the first time that Central American migrants have marched in “caravana” to the United States. In March there was a similar but much smaller caravan. Guadalupe Pineda, a 20-year-old Honduran woman who was part of the earlier caravan said “Donald Trump is going to be furious when he realizes what we’re doing.” 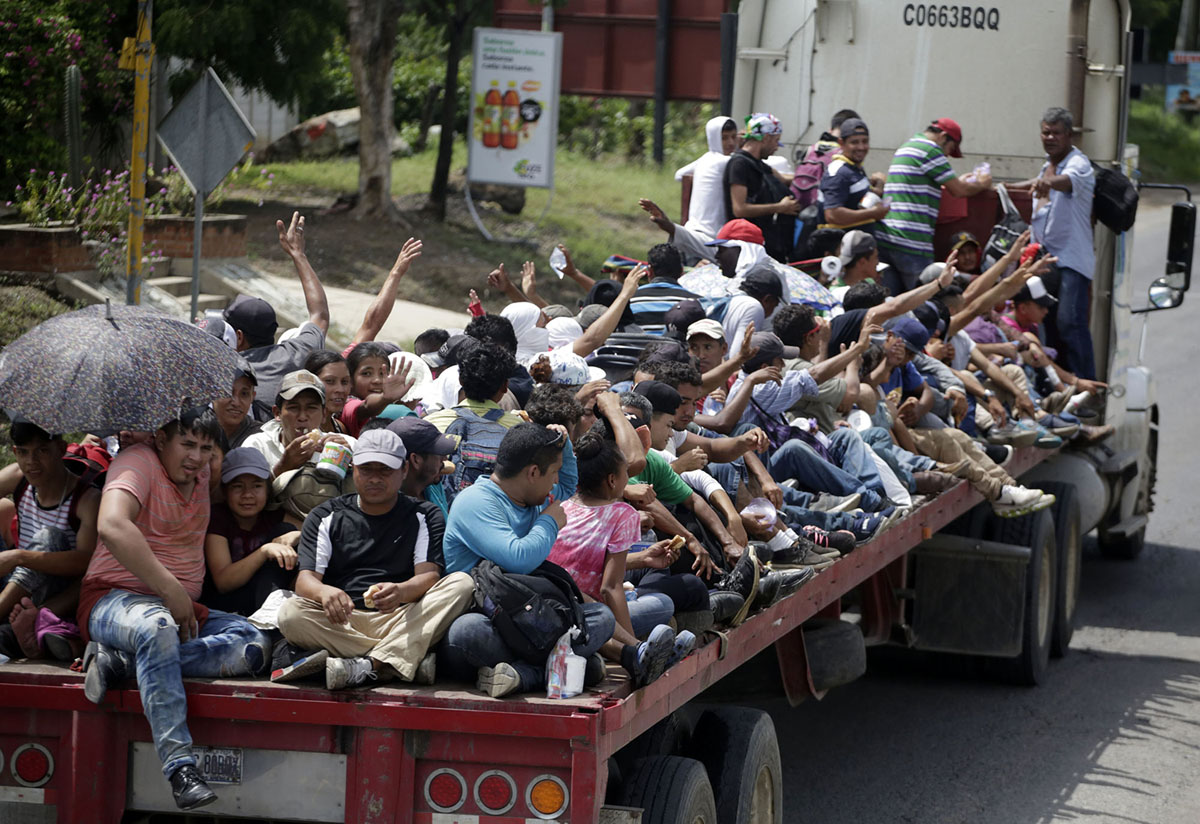 In addition to threatening the members of the caravan, Trump also made unfounded claims that the caravan is composed of “criminals and unknown people of the Middle East.” Far from revealing any real threat posed by the caravan, Trump’s words are only meant to stoke the racist hatred that originally brought him to power in 2016 and to justify the use of force against these migrants if they attempt to enter the United States.

With hundreds of children and babies occupying the front line of the mass of migrants, joining the ranks of workers, farmers, bakers, housewives, domestic workers, professionals and students also leading the march, Trump’s threats of military force are criminal and cruel. Despite his raving threats, however, our Central American brothers and sisters are determined to reach the southern border of the United States, defying the empire’s xenophobia.

Why Do Migrants Migrate?

The people who organized the caravan are fleeing the extreme violence that afflicts Honduras, where there are 43 homicides a day in a country of 100,000 people. Honduras is considered one of the most violent countries in the world as a result of the proliferation of gangs and the growth of drug-trafficking cartels in recent years. This is particularly true after two decades of policies imposed by the United States on Mexico and Central America in the so-called War on Drugs.

While violence may be the starkest example, the entirety of the social and economic conditions in this country are unsustainable, having been shaped by the interventions of the imperialist United States.

Poverty, unemployment and low wages in Honduras are the result of decades of IMF and United States policies in the region, with 68% of the Honduran population submerged in poverty. This situation has been exacerbated dramatically since the military coup against the government of Manuel Zelaya led by the former Democratic administration of Barack Obama in 2009. Both Democratic and Republican administrations are responsible for the humanitarian catastrophe that afflicts Honduras.

The Working Class Is One and Without Borders

In the face of capitalist barbarism, which condemns millions of human beings throughout the world to forced exile, solidarity arises between the exploited and oppressed. The repression against our Central American brothers and sisters aroused great solidarity in Mexico. This is how the migrants should be greeted in the United States.

Right now in Chiapas, villagers are approaching the caravan with food, medicine and water. The members of the caravan are chanting “Mexico! Mexico!” when they receive their support. This solidarity is natural because we Mexicans know what it looks like to migrate and face the repression of our government and the persecution of the U.S. government when we cross the border.

We also know that on the U.S. side, family separation, children imprisonment and deportation are expected risks.

In contrast, U.S. capitalists can travel freely to Mexico and Central America, and large U.S. corporations build their plants, factories and businesses in our countries, exploiting the working class. But we, the workers, are met with fences and tear gas if we try to cross the border. It is urgent that the working class of the entire region—including the U.S. working class, which is so powerful, multiethnic and multitudinous—solve the migration crisis: We must demand full rights for migrants, an end to the family separation and deportations, the immediate shutdown of detention centers and the abolition of ICE.

Since the migrant caravan is imminently approaching the southern border of the United States, it is urgent to demand free transit for the caravan and to ardently oppose the use of the army, Border Patrol and repression of our migrant brothers and sisters.

The young people in the United States who are waking up to political life and socialist ideas and want to sow internationalist solidarity in their own country must fight side by side with the migrant workers. In doing so they will break down the borders that the ruling class impose on us to divide and exploit the working class while they profit from our work, our sweat and our life itself.

Today more than ever we socialists fight for #OpenBorders. 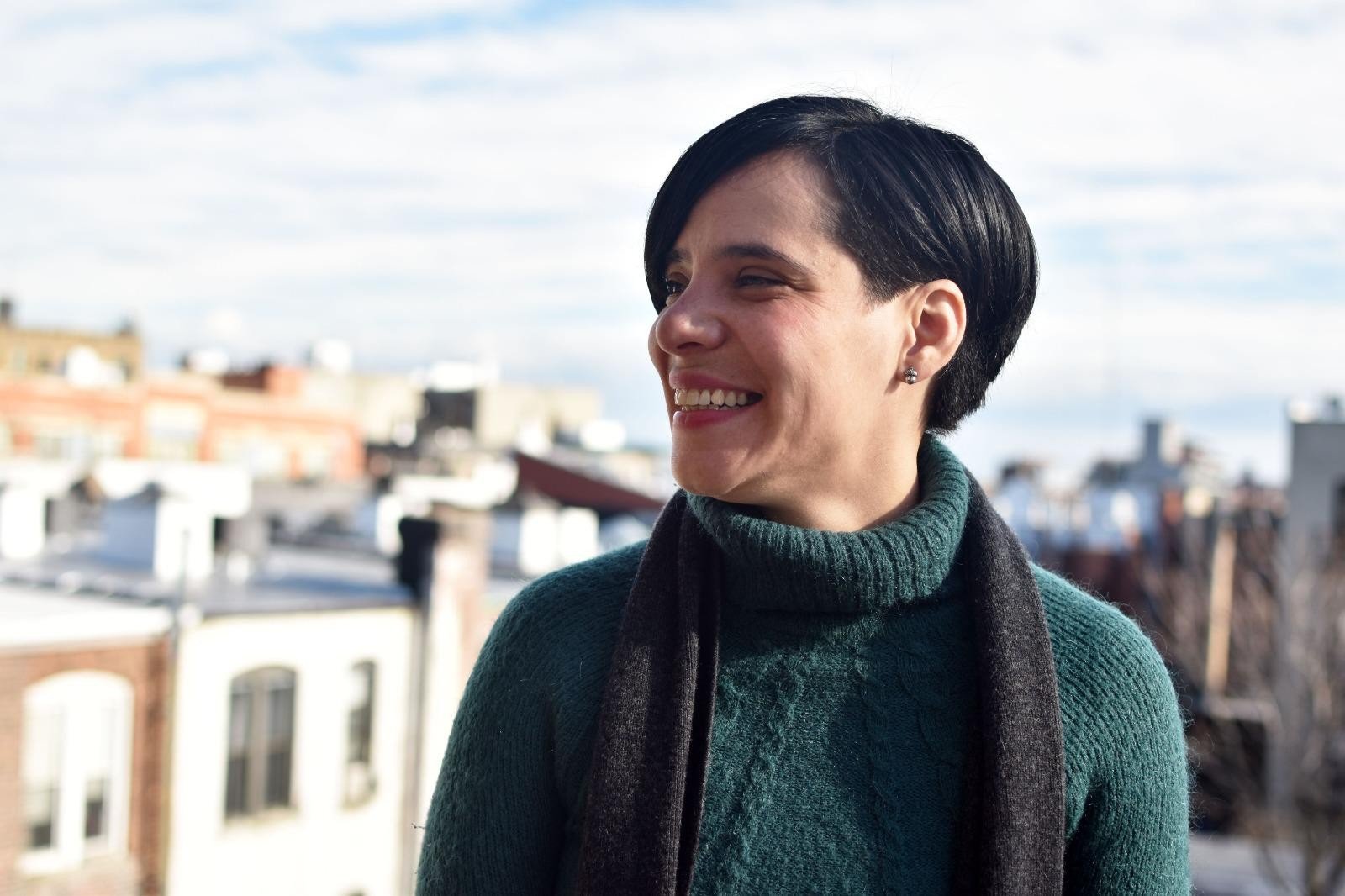