As the streets of Minneapolis burn, the flames are lighting up and projecting the forgotten demands of millions of oppressed Black, brown, and poor youth. The “belly of the beast” is the new epicenter of class struggle against police violence and social inequality. 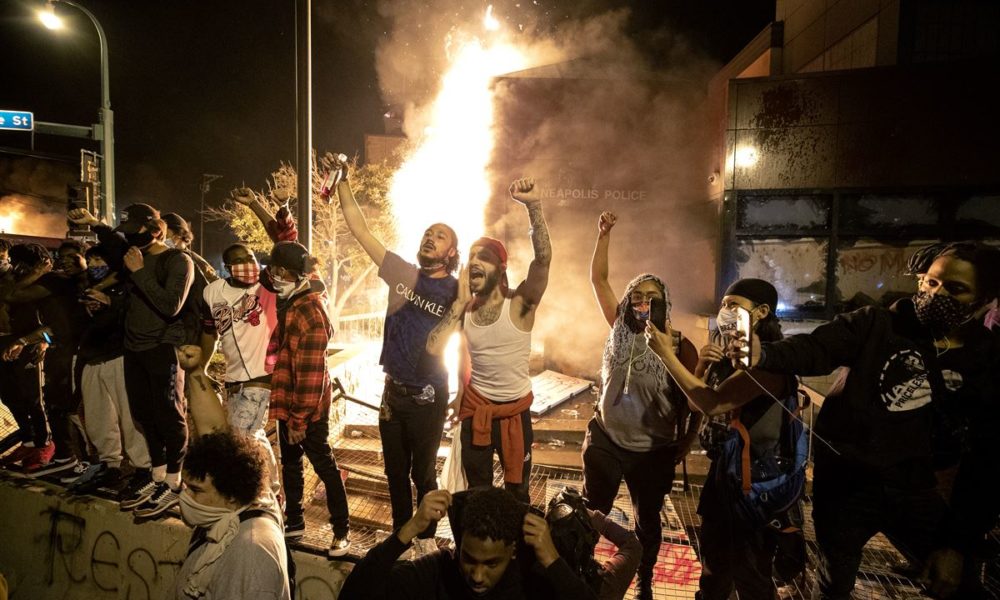 America has shifted its focus from the coronavirus pandemic and the controversial and polarizing re-opening of the economy to the explosive scenes coming out of the burning streets of Minneapolis, where a new wave of anti-police violence protests have broken out. The protests are also spreading to Saint Paul, Memphis, Louisville, Los Angeles, New York, and many other cities across the U.S. Unlike Covid-19, however, racist police violence is a pandemic that has been around almost as long as the United States, and thanks to the protesters in Minneapolis, the necessity to resist such violence has once again taken center stage in American politics. The world’s attention, expectations, hopes, and dreams are with the rebelling Black and brown youth taking their future into their own hands. And, like many times before, the world is watching.

The #blacklivesmatter hashtag that was popularized after George Zimmerman’s acquittal in 2012 is once again trending worldwide. From Europe and Latin America, to the Middle East, Asia, and Africa, the working people of the world who have suffered from U.S. imperialism’s economic policies, military interventions, and political plots see a bit of hope in this new uprising. These workers are rejecting the false hope of Jeff Bezos and Bill Gates; they are instead embracing and standing in solidarity with the oppressed youth who are threatening to blow up a system that is designed to funnel the wealth, created by billions of laborers around the world, into the bank accounts of a handful of capitalists.

The United States has ruled the world since World War II. The 90’s global expansion has done nothing more than increase the interdependencies between imperialism and semi-colonies. The ties are not only economical, based on trade routes and supply lines. The ties are also social and emotional.. When the #JAN25 uprising began in Cairo, Egypt, it wasn’t long before those events inspired social movements around the globe including: the occupation of the Capitol in Madison, Wisconsin, the start of the Occupy movement, and the ‘indignados’ in Spain. Now the eyes of attention are on the streets of Minneapolis. The U.S. is now the source of a new common sense that people are no longer willing to be considered “human stock,” another commodity in the plans of the capitalist rulers. The thousands of youth who are challenging the status quo in the streets of Minneapolis are taking control of their own destiny and that leap in faith between waiting for what we believe to be fair, and fighting for justice is equally or more contagious than any virus known.

The crowds in Minneapolis are mostly poor and oppressed minorities. They are Black and brown people, many of them immigrants from Somalia and Central America. The “vox populi” is “enough is enough.” We are seeing a new generation that is not willing to endure any more injustice. Following the many live streams on social media, like this one from Unicorn Riot, one could see how protesters, dispersed around the areas surrounding the Police 3rd precinct, found moments to be cheerful as they launched fireworks and played music. They spoke about not being in fear anymore since they kicked out the police from the 3rd precinct and now had control over the square around it. Even the CNBC reporter was forced to admit it on air: “No government authority, no authority whatsoever has control over this area. The people have control over this area.” Some voices went as far as asking for a “new constitution” for a new society that can fix the problems of the current society. A sense of hatred towards the sectors of society that continuously look the other way while millions suffer was also present: “You want to keep living comfortably in your house while we starve? No more! You want to keep treating people like fucking animals? Well, here are your animals!” The anger is blatant, the reasons are clear, the evidence is on the table, and the world is watching.