Donald Trump welcomes the coup d’état in Bolivia and urges similar events to take place in Venezuela and Nicaragua. Hands off Bolivia and Latin America! 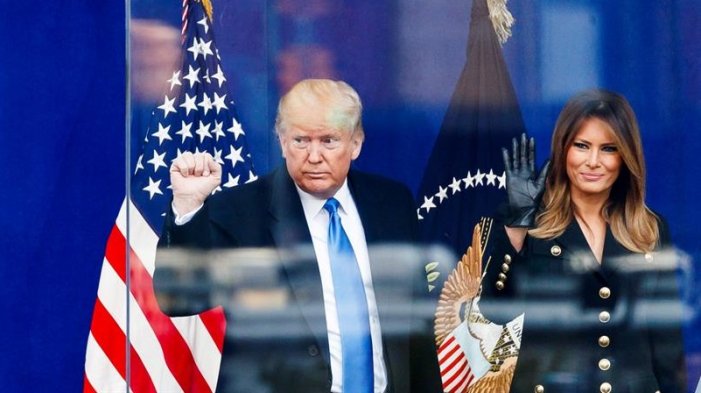 In a White House statement on November 11, President Donald Trump declared that the resignation of Evo Morales (orchestrated by the Bolivian bourgeoisie and military and legitimized by the Organization of American States, OAS) was “a significant moment for democracy in the Western Hemisphere.” In addition, he stated that “the United States applauds the Bolivian people for demanding freedom and the Bolivian Army for protecting the Constitution,” and that “these events send a strong signal to the illegitimate regimes of Venezuela and Nicaragua.”

Since the general election on October 20, Bolivia has been shaken by a sharp polarization between a mounting right-wing opposition that accuses Morales of fraud on one side, and popular sectors that support the president or oppose the coup on the other. Last week, there were police uprisings in almost all major cities, giving the green light to growing right-wing mobilizations. In a press conference on Sunday, Bolivia’s armed forces endorsed a coup that had been developing since the general elections, forcing Evo Morales to resign a few hours later.

Trump’s statement shows the U.S. government’s intention to support puppet governments that serve its interests in the region. After the failed attempt to make Juan Guaidó president of Venezuela (a move which was supported by the Democratic Party, including members of the progressive wing), the United States is now seeking to legitimize a coup in Bolivia, one that is carried out by a racist bourgeoisie, the Catholic Church, and the military.

While neither Trump nor the OAS condemn the brutal repression, murder, torture, and humiliation by Piñera’s government in Chile, they are presenting themselves as the champions of democracy and freedom in Bolivia. Far from being interested in democracy, however, the leader of the Bolivian oligarchy, Fernando Camacho, and his henchmen are spearheading a program of social and political persecution aimed at the MAS party, labor activists, and the indigenous population. Earlier this week, Camacho sent Morales a Bible along with a resignation letter; during a demonstration in support of the coup, attendees burned a whipala, the flag of the Andean nation. The reactionary forces behind Morales’ ouster have a clearly racist and reactionary agenda for the country.

While the reformist leaders of the region want to “maintain peace,” the working class in Bolivia is organizing the resistance to the coup d’état from the city of El Alto, demanding that Camacho and the rest of the coup plotters leave the country’s capital. In 2003, El Alto’s largely working-class, peasant, and indigenous population played a key role in defeating the neoliberal government of Sánchez de Losada through independent actions in the streets and mobilizations in their unions and organizations. Just like the massive protests in Chile, El Alto is evidence that the independent action of the masses is the key to defeating the right wing. Trump’s remarks only show that a popular uprising in Latin America, like those in Ecuador and Chile, is a worst-case scenario for U.S. imperialism.

International solidarity with the Bolivian working class, against Bolivia’s oligarchy and U.S. imperialism is imperative. We must support the Bolivian people who are struggling in the streets. The youth and the workers of the United States must reject imperialist interference in the struggle of the working, indigenous, and peasant people of Bolivia. Hands off Bolivia and Latin America!