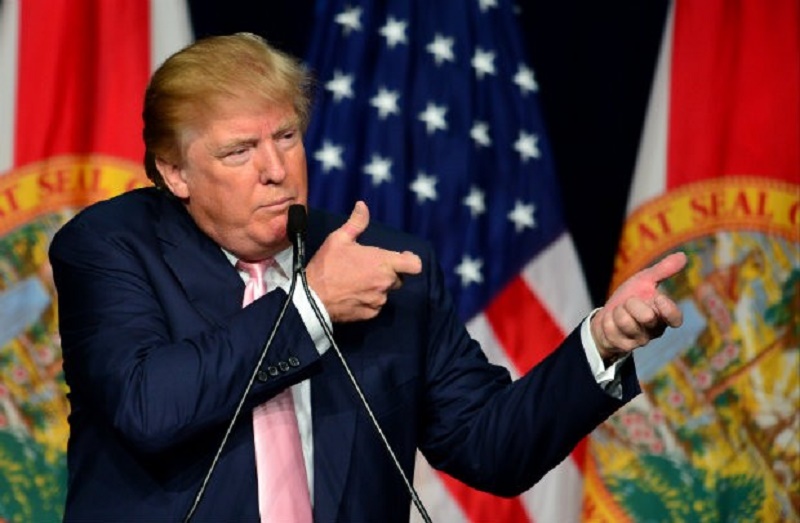 This does not mean that the corporate elite is monolithic. For example, the oil industry does not want wars or geopolitical tensions getting in the way of their business deals in the long term (see Russia and Libya). Boeing wants to sell airplanes to Iran. On the other hand, a considerable part of the multinationals that benefit from the global segmentation of the production process are not so worried about those wars or geopolitical gambits as long as they open up new markets or facilitate access to cheap labor. For the time being, Trump has managed to contain this sector of the ruling class and keep it content with a combination of threats and promises of lucrative business deals: the former was applied to the auto industry, not only in the US but on a global scale (Toyota, BMW, etc.). At the risk of seeing its essential chain of production abroad broken, it was at first willing to play the new President’s national production game.

Furthermore, although corporate tax cuts are a key element of the reinforced protectionism of “Trumpeconomics,” this element is closely linked to a third: the financial deregulation that promises juicy dividends to US banks, as we already saw in the last quarter, in which the financial sharks made enormous profits. By doing away with the moderate regulations imposed on the financial sector after the 2007/8 crisis, Trump seeks to grant a comparative advantage to the US financial sector, which is preparing to secure capital and household earnings, increased by lower taxes and the promise of extraordinary returns.

But besides this division within the business world, the decisive political division during and after the elections is the battle between the neocon/interventionist liberal sector, inappropriately referred to as “humanitarian,” and the foreign policy realists. The first camp is represented by the CIA and the second by the military. Hillary’s defeat was the defeat of a sector that, after the failure of the military operations in Iraq and Afghanistan of the Bush era, is at the forefront of the provocative belligerence of US imperialism.

For almost six years, the CIA has thus participated in a campaign for regime change by financing and arming Islamic fundamentalist militias in order to defeat the Syrian president, Bashar al-Assad, Russia’s only Arab ally in the Middle East. In 2013, the fake declarations of the Syrian government having launched attacks with chemical weapons were used as a pretext to launch a large-scale aerial war against Assad. Faced with popular opposition in the US, the divisions within the military establishment and the opposition of Washington’s NATO allies, with the exception of France, former President Obama stopped the aerial offensive at the last minute.

In addition, there is little doubt that negotiations were underway between the Clinton campaign and the Obama administration, at a highly advanced stage of planning, for a massive US military build-up in Syria to be initiated after the expected electoral victory of the Democratic candidate, who had the public support of the dominant sectors of the intelligence establishment. During the campaign, Clinton repeatedly asked for the imposition of “no fly zones” and other measures that pose a direct risk of military conflict with the Russian forces operating in Syria. The other hot spot of this belligerent policy with Russia was in Ukraine, where the CIA interventions are commonplace.

The chaotic transfer of power pointed to an escalation of the conflict between Trump and the intelligence community. The former publicly discussed the latter’s assessments of the Russian hacking. The revenge against him was to fabricate a false story about Trump having hired prostitutes in Russia, including a shameful “golden shower” episode. In spite of the lack of substance of the entire story, it could be a warning that the establishment forces will be the ones writing the script of reality and not him. Trump has not yet reached a modus vivendi with this sector of the US “deep state.”

While the military has obtained three positions in the new cabinet and is expected to be duly rewarded, the intelligence community is the sector that is most reluctant to embrace the new vision of US foreign policy priorities. So although Trump will likely escalate his belligerent rhetoric against a few foreign countries, he is wary of committing to starting a serious war (which the military supports), while the latter and the powerful arms industry can expect the launch of a useless military wonder weapon for which Trump is promising trillions of dollars (Reagan’s Star Wars redux).
As for the neocons and their ties to the intelligence community, the repudiation of the doctrine of “democracy promotion” and the color revolutions that came with it, which were at the heart of their foreign policy program, as Trump made clear in his inaugural address in Washington, are not to their liking.

The abandonment of the failed foreign policy of the past few years and its geopolitical implications, which met with its biggest setbacks in Syria, where the US was left aside for the first time in the resolution of a regional conflict – as shown by the agreements between Russia Turkey and Iran – in favor of the decisive economic unilateralism of the new president’s agenda will not only create enormous foreign conflicts, especially with China and Germany, but may also heighten disputes within the US ruling class.