U.S. and Mexico Compiled Information on Journalists and Activists on Migrant Caravan

A new espionage scandal surrounding the Migrant Caravan has come to light: NBC revealed that the Trump administration, along the Mexican government, collected data from dozens of journalists and activists who accompanied the migrant caravan that crossed Mexico in 2018. 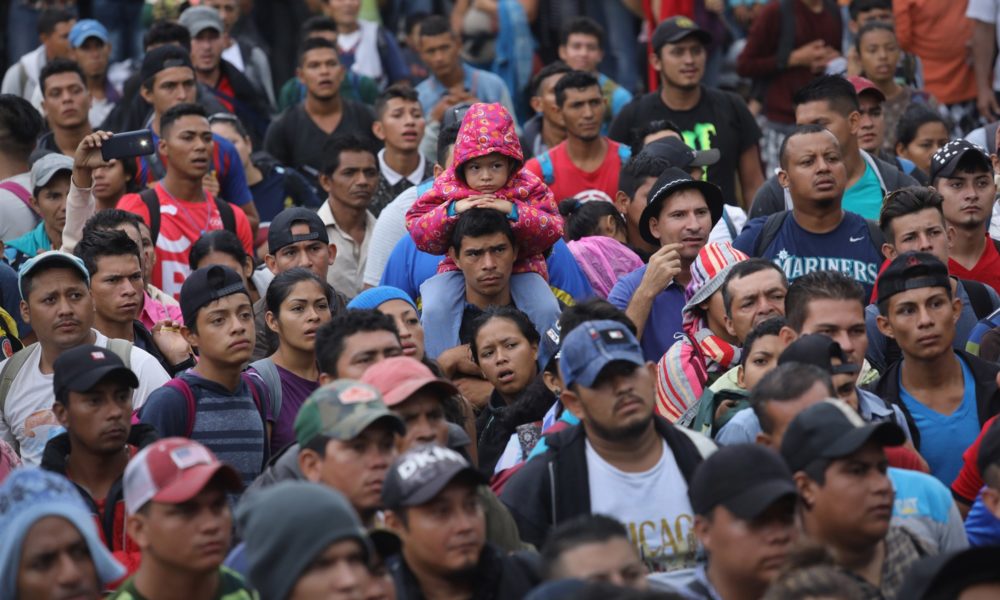 According to an internal document obtained by NBC, the Mexican and U.S. governments are embroiled in an espionage scandal regarding the waves of migrants from Central America that crossed Mexican territory in 2018.

The Trump administration, with the full collaboration of the Mexican government, collected information on 57 people, including activists and journalists from several countries who were involved in the migrant caravan and/or immigrants rights advocacy. Each person identified in the document has a headshot followed by their name, date of birth, role in the caravan, “country of commencement,” and the date of their interview in order to gain admittance into the US. At least 21 of these people have since been questioned or arrested by Border Control.

They were put under surveillance by the U.S. government as part of the work of the International Liaison Unit (ILU). The ILU coordinates “intelligence” work between the U.S. and Mexico through Operation Safe Line, an initiative sponsored by the White House to keep an eye on (and infiltrate) the Migrant Caravan.

In November 2018, NBC also discovered that agents from the Department of Homeland Security had infiltrated the migrant caravan to gather intelligence, and the communications of thousands of Central American migrants were tapped.

This time, however, the espionage orchestrated by both governments led the U.S. government to revoke visas and bar activists’ entry into Mexico.

This dynamic in which Mexico is the United States’ de facto deporter has been denied time and time again by the government of President Andrés Manuel López Obrador (AMLO). Despite rejecting Mexico’s condition as a “third safe country” for migrants, AMLO’s administration has continued to cooperate by applying anti-immigrant measures dictated by Washington.

This was confirmed by U.S. National Security Secretary Kirstjen Nielsen during a hearing of the House of Representatives Homeland Security Committee. There, Nielsen, who is in charge of Trump’s migration policy, confirmed the Mexican government’s cooperation in deporting Central American migrants.

While Mexican President Andres Manuel Lopez Obrador maintains “respect” toward the U.S. government, Donald Trump seeks even more money for a border wall in his most recent proposed budget, while the border is already very clearly a site of militarization by US armed forces.