Just weeks after a nearby strike at Stanford Hospital, which led to the union winning a contract, nurses at the University of California have reached their own contract agreement with compensation and other gains for healthcare workers. When healthcare workers strike, their fight extends beyond their workplaces, helping others win too. 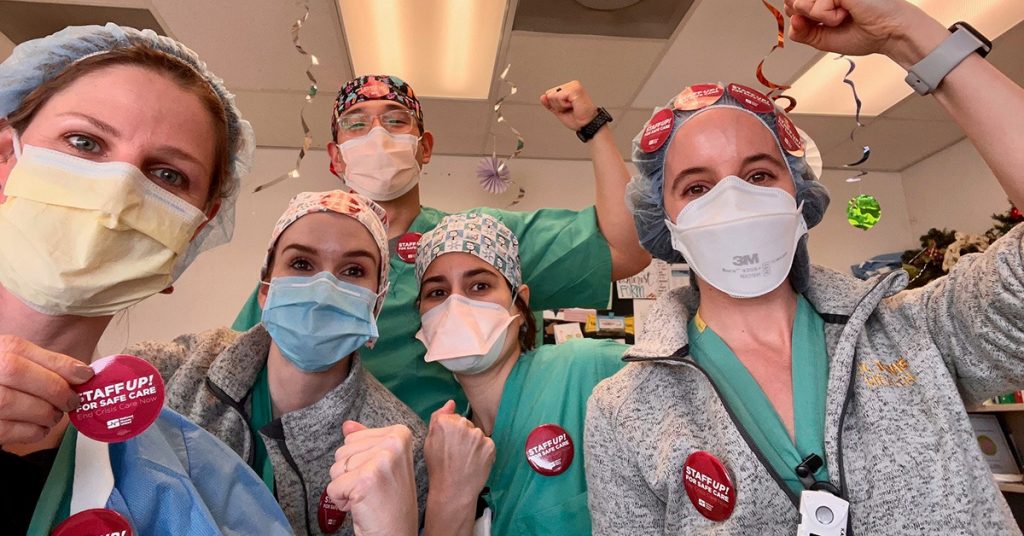 The newly ratified contract will see a number of gains for nurses who work in University of California (UC) medical and student health facilities. Characterizing the contract, one UC nurse who spoke with Left Voice noted how the majority of nurses felt like the recent contract was a win. The nurse highlighted how during negotiations, the union abandoned nothing on the table.

Nurses will see across the board salary increases over the next three years, with a minimum of 16% increase in pay over the course of the contract. This was achieved even while many hospitals are trying to hold to the typical three percent increase despite inflation exceeding eight percent. The nurses will also see increased paid leave for family care and bonding and gain Juneteenth as an officially recognized holiday, among other improvements.

This deal came just weeks after healthcare workers at Stanford went on strike to win a new contract. In the case of the UC nurses, the hospital actually asked to come to the table early to make a deal to avoid protracted contract bargaining. While the UC hospital system frames this as demonstrating their “generosity” for nurses’ service, the recent win shows the power of striking healthcare workers can extend beyond their own workplace and suggests that these early negotiations were part of an attempt to avoid a strike.

Strikes win gains, not just for the striking healthcare workers themselves, but also for other workers. In the case of the UC contract negotiations, the UC health system can pretend all it wants that it just wanted to come to a friendly deal with nurses, but hospital executives know the threat of a strike and wanted to avoid a similar scenario to Stanford.

It’s important to understand these gains in the context of other wins in California hospital systems: California is the only state where there are nurse-patient ratios established by law, a provision that was achieved by collaboration of nurses from different unions in 1999. When unions fight together, they can win.

Healthcare system executives, insurance companies and their executives, pharmaceutical companies, and all other executives that make up the medical industrial complex are nothing more than criminals who are actively harming patients by continually putting profit over lives. No healthcare worker thinking of striking should ever be deterred by this propaganda.