Sri Lankan victim of a hate crime speaks to Left Voice about his experience and how he sees America after Trump’s victory. 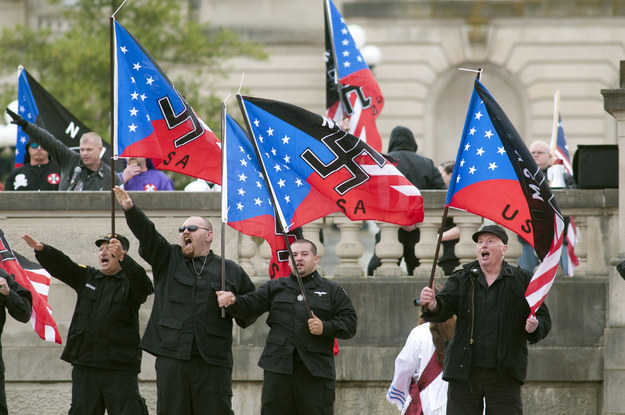 Karan**, who is Tamil from Sri Lanka, was the victim of a hate crime as he waited at the bus stop in the city of Torrance in Los Angeles County. Trump’s election brought an onslaught of hate crimes, most of which go unreported. The Southern Poverty Law Center has reported more than 700 cases of hate based harassement or intimidation in the week after the election. From hateful writing scrawled on walls and cars, to hateful comments hurled at people of color on the street, to harassment and violence, Trump’s victory has without a doubt emboldened racists and struck fear in many immigrants and people of color. Left Voice has documented the way these fears manifest themselves in the classroom.

That fear is not unwarranted. Like Karan, many have suffered physical violence since the election. Karan spoke with Left Voice about the attack he experienced.

**Karan requested that his name be changed for this article.

Tell us a little about yourself.

Describe what happened when you were attacked.

I was waiting at the bus stop to go to work on the corner of Vermont and Carson. It was around 9:30am. There was one other young guy here and workers at a fast food restaurant. I was on my phone, when from behind someone punches me in the side of my face, knocking my glasses to the side. I could see he was a young white guy in gym clothes. He knocked me to the ground. He started punching at me over and over. I kept asking him, “Why?Why?” but he never answered. He just kept hitting me. The bus came and he took off running. I am lucky that I didn’t fall towards the street and that he didn’t pull a knife or gun on me.

Why do you think the attacker did this?

The guy didn’t try to rob me or take anything from me. He came up and punched me and then kept punching. He came there to attack. I am from Sri Lanka and I am not Muslim, but to racist people we are all the same. I had a beard that day but afterwards I decided to shave it off.

What does your attack have to do with the Trump election?

Trump won on a racist platform. I watched as he kept saying,” Muslims must be banned,” “Mexicans are rapists,” and “Build the wall!” over and over. That is the way his supporters talk! I am no fan of Clinton either though. Within Trumps’ lies there is a kernel of truth; he talks about jobs disappearing and they really are, but it is not immigrants taking those jobs! I couldn’t believe he got elected and my friends couldn’t either. It shows that racism is strong and it still exists. I didn’t think it would happen here.

Has this changed your daily life?

I am more careful and alert. I try not to have my back exposed. I also don’t look at my phone as closely. But I won’t stop going to work or living my life. I have told members of the Sri Lankan community and we will hold a press conference regarding what happened. I afraid that my family in Sri Lanka will worry about me but I also think this story needs to be heard. People need to know that if it can happen in Los Angeles and it can happen anywhere.

Left Voice wholly condemns racist and xenophobic attacks. We stand in solidarity and defend immigrants and all oppressed people from bigotry and violence.