Why Is the City Still Protecting the Cops Who Murdered Breonna Taylor?

Breonna Taylor was murdered by three police in her own apartment. The announcement that one of them will be fired shows authorities feel some pressure from the tens of thousands of people demanding justice. But none of them have been arrested for the murder they committed. 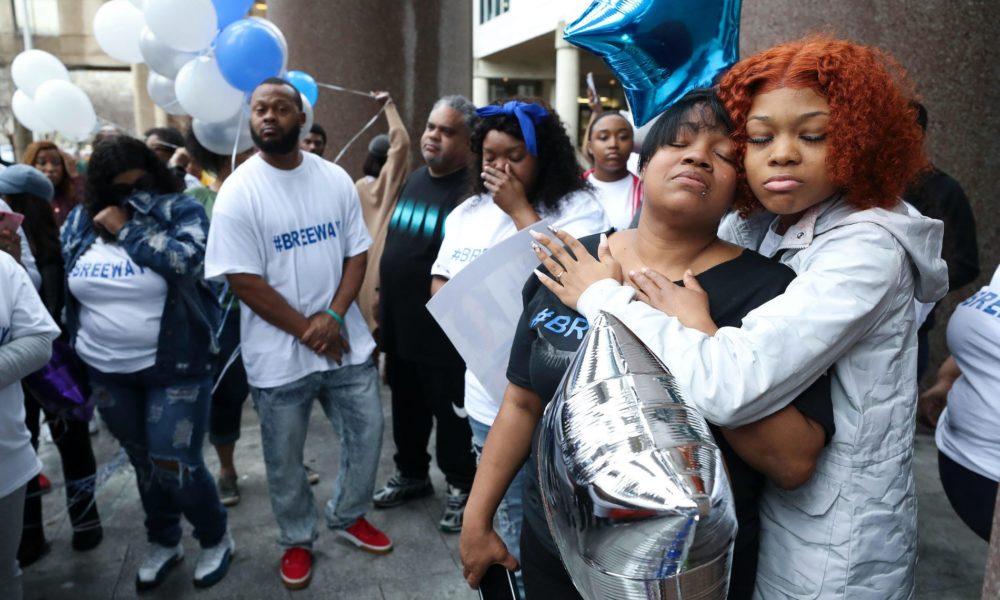 On June 19, three months after Louisville, Kentucky police murdered Breonna Taylor in her own home, the city finally announced it is taking initial steps to fire one of the three police who sprayed her apartment with bullets.

Taylor was a 26-year-old Black emergency room technician. Just after midnight on March 13, the Louisville Metro Police Department obtained a “no knock warrant” to immediately raid and search her apartment. At least five cops participated. They came in plainclothes while Taylor and her boyfriend Kenneth Walker were in bed, and they used a battering ram to break down the door. The police insist that they knocked and identified themselves in spite of getting a no knock warrant, but Walker and multiple neighbors testify they did not.

When the police burst in, Taylor and Walker believed they were being burglarized, and Walker fired one shot with his licensed handgun in self-defense, hitting one cop in the thigh. During the incident, he called 911 and said, “Somebody kicked in the door and shot my girlfriend.” After Walker fired one shot, three of the cops fired more than 20 bullets into the apartment. They hit six different rooms of Taylor’s home, and bullets passed into the neighboring apartment where a mother and her five-year-old child were at home. The police hit Taylor with eight bullets, and she died— a clear police murder of a woman who was sleeping in her own home.

After months of increasing public outrage, the new Police Chief Rob Schroeder and Mayor Greg Fischer finally presented Officer Brett Hankison with a letter of intent to fire him from the LMPD. Hankison had fired 10 rounds. The LMPD admits that he shot “wantonly and blindly” through a covered patio door and a window with no view of whom he was shooting at. On June 11, the city council passed what it called Breonna’s Law — an ordinance banning future no knock warrants and requiring police to wear body cameras when carrying out warrants, which the narcotics squad that killed Taylor did not do.

Firing Hanikson is not Enough

Authorities have chosen to do the minimum possible in response to Taylor’s murder, hoping to pacify some critics and move on with few real consequences. The decision to fire Hankison raises many sharp questions:

The explosive nature of the current Black Lives Matter protests have forced prosecutors to press charges when they are too afraid to go about business as usual. Prosecutors in Georgia had to press charges for murder against both the police killers of Rayshard Brooks and the racist vigilantes who killed Ahmaud Arberry while he was jogging. The movement needs to force authorities, specifically Kentucky Attorney General Daniel Cameron, who is now in charge of the case, to charge all three of the cops who shot Breonna Taylor with murder.

We have heard politicians and companies say they respect workers for doing vital jobs during the Covid-19 pandemic. Yet the U.S. system did almost nothing to stop the virus as it hit Black and Latino communities several times harder than whites. Bosses everywhere said they were going to treat health care workers as heroes. What about Breonna Taylor? She was both an innocent Black woman and a hospital worker, and officials have been accomplices to the cops who killed her.