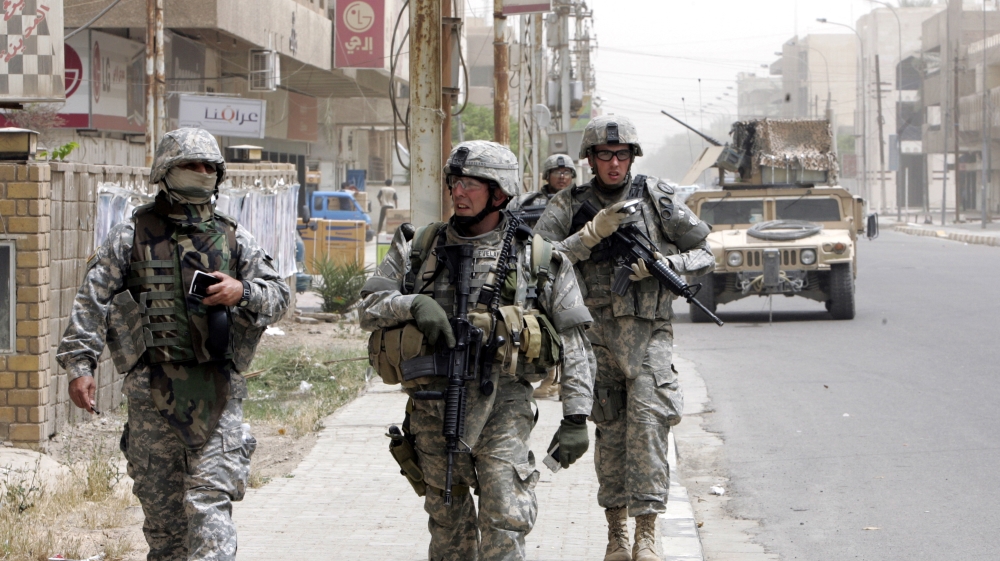 Amidst the unprecedented crisis that the world is currently facing as a result of the coronavirus pandemic, the U.S. military is continuing to carry out airstrikes abroad. On March 12th, the U.S. launched several rockets, hitting five targets in southern Iraq, which Iraqi military officials say damaged an unfinished civilian airport and killed three Iraqi soldiers, two police officers, and a civilian worker. The attack was one in a series of retaliations against Iran, begun back in December, which escalated after the killing of Iran’s commander of the elite military Quds Force, Qasim Solemani. Thursday’s strike was in direct retaliation for an attack made the previous day by an Iran-backed militia that killed one British soldier and two American troops.

Even as nearly 4,300 cases of coronavirus (a modest projection due to insufficient distribution of test kits) have already appeared in the U.S. and with deaths projected to be more than 2.2 million, the U.S. continues to redirect funds that could be used for aid to combat the public health crisis towards military intervention. The U.S. military is currently taking extra steps to bolster its bases in the Middle East by sending Patriot antimissile batteries and other weapons to Iraq in the coming weeks. As a result, hundreds of new troops will head into the country to man the missile-defense batteries, despite Iraq’s demand to remove troops from the region. While the U.S. continues to shore up its military strength against Iran, the people of Iran are desperately suffering not only from one of the world’s most severe outbreaks of the coronavirus, but also from crippling drug and food sanctions that have hindered the government’s ability to effectively respond to the pandemic.

Until recently, President Trump referred to the coronavirus as nothing more than the flu, belittling the potentially deadly outcomes for those who contract the virus. The federal government has been incredibly slow to respond to the coronavirus crisis within the United States. Not only does the coronavirus present a serious health crisis, exacerbated by the U.S.’s inadequate healthcare system, but it has also catalyzed a severe economic crisis for workers. As many fear the ramifications of the virus, more than 27 million Americans remain uninsured and could potentially face crippling medical debt. Further, despite Trump’s assertion during his State of the Union address in January that the United States is currently boasting its lowest unemployment numbers in years, many of those jobs are low-paying jobs within the gig economy; they provide little security and no benefits to precarious workers. As a result, 18% of U.S. workers have lost their jobs or are working significantly reduced hours since the coronavirus hit. Meanwhile, the military’s retaliatory response to the attacks were swift and followed by precise action. Despite the many already suffering as a result of the coronavirus, the U.S. continues to bolster its war machine.

The U.S. should not be spending money on setting up new Patriot missile systems on American bases around the world, deploying droves of new troops, or fortifying aircraft carriers in the Middle East. The U.S. must redirect all military funds to an emergency public health response. Rather than occupying, bombing, and oppressing people in other countries, this year’s military budget of $738 billion should be used to build hundreds of makeshift hospitals and provide thousands of ICU beds across the country. Further, the U.S. must close all military bases abroad, cease all military aid, and end economic sanctions. By continuing military interventions, the U.S. is also detracting from Iraq’s ability to combat its own coronavirus crisis, which it is attempting to contain, but is on the rise. The U.S. must get out of Iraq also so that Iraq, and all other countries suffering as a result of U.S. military intervention, can focus on their own public health responses.

A health crisis of this scale and magnitude requires an immediate and tactical response in order to effectively combat the outbreak. The scarcity of products like ventilators, masks, hand-sanitizers, gloves, and other materials needed to stop the spread of the virus only highlights the irrationality of the U.S.’s continued military spending and efforts abroad. If the U.S. has the resources to bomb Iraq, then it has the resources to combat the pandemic. 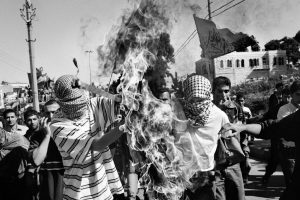 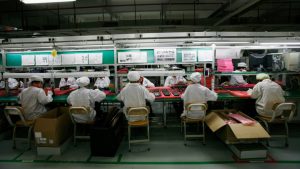