47th Anniversary of the 1973 Coup in Chile: Lessons of a Revolutionary Process

Today, on a new anniversary of the 1973 military coup in Chile — one of the bloodiest in Latin American history — we share a series of articles to think about the lessons from the defeat of one of the most profound revolutionary processes on the continent. 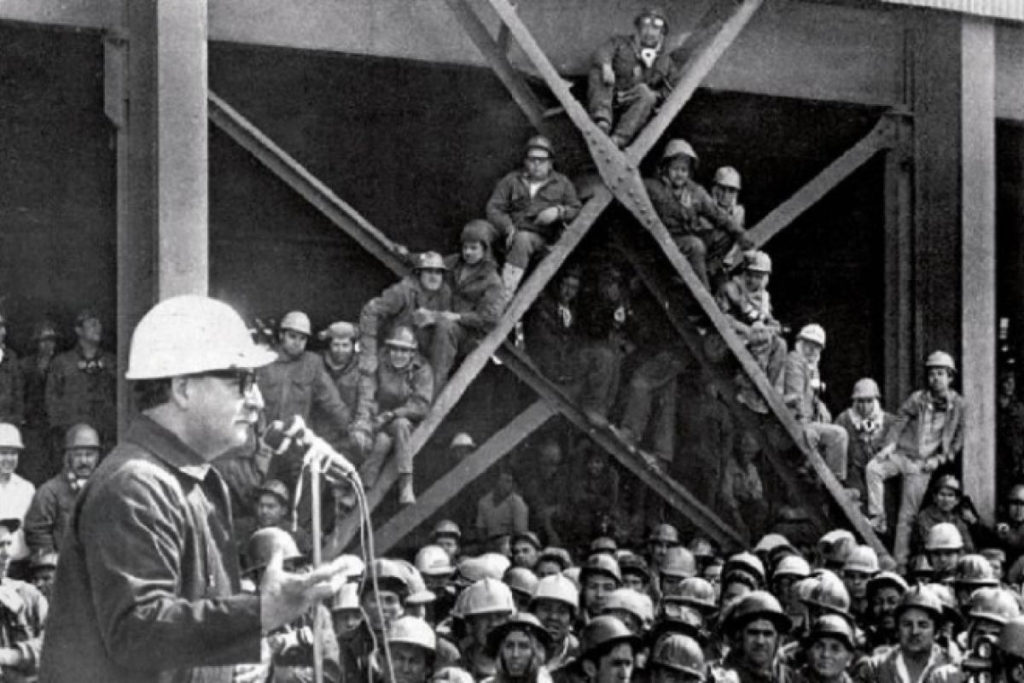 The late 1960’s were a moment of uprising and struggle, from the French May, to the Mexican student uprising, to Stonewall in the US. In Chile, Salvador Allende was elected to the Presidency with a strategy of the “peaceful road to socialism.” During Allende’s Presidency, extraordinary acts of working class self organization occurred,  known as “cordones industriales.” These bodies of working class self organization demanded the expropriation of companies. Augusto Pinochet and the Chilean military began to organize against Allende’s limited expropriations and pro-worker actions. The “cordones industriales” and the broader workers movement demanded arms to defend themselves from the organized right.

Salvador Allende denied them arms.  Instead, he made Pinochet the Minister of Defense.

On September 11, 1973, a CIA backed coup was orchestrated by the Chilean military, led by Augusto Pinochet. The genocidal dictatorship brought about the death, imprisonment, and disappearance of thousands of political, trade union and community activists.

But it was not just Pinochet and the army: the coup of ’73 was orchestrated by the United States as part of  “Plan Condor,” meant to quell the revolutionary uprisings of the 1970s in Latin America and to subordinate the continent to US imperialism. The US went on to support bloody dictatorships in  Argentina, Uruguay and Brazil at the hand of military personnel trained at the School of the Americas for torture and genocide.

47 years after the coup,  the pillars of the genocidal dictatorship are still standing. While there are no longer military dictatorships in Latin America, the military leaders who executed the coup were not punished. US imperialism imposed the privatization of education, health, the loss of labor rights, and the strengthening of the police and army to suppress protest. Last year’s uprising in Chile was an uprising against the legacy of Pinochet’s dictatorship.

Here we republish these articles in order to draw lessons from the Chilean revolutionary process, the genocide brought about by US imperialism, and the strategy of reformism that, even with heroic independent actions by the masses, led to a dead end for the Chilean revolution. In the context of a new awakening of the class struggle in Latin America since the rebellion against Piñera in Chile and a historic international crisis, these lessons are of vital importance for revolutionaries.

Letter from the “Cordones Industriales” to President Salvador Allende

Reproduced here is the historic document sent by the Santiago regional Coordinating Committee of the Cordones Industriales to former Chilean President Salvador Allende. The letter highlights the critical situation these workers found themselves in and the immediate danger of military dictatorship, demands an end to the policy of reconciliation with the reaction and urges the taking of measures to avoid a coup.