In light of the protests demanding the defunding or the abolition of police, it is imperative that we recognize that local police and ICE are working hand in hand. ICE is detaining protesters and attempting to deport them. We need to abolish both ICE and the police. 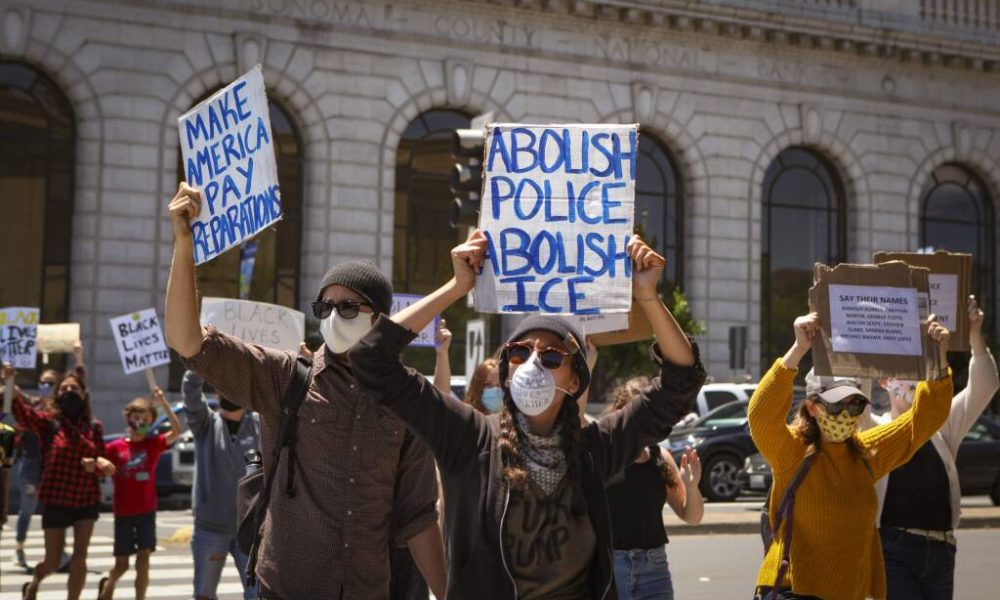 ICE has been infiltrating the latest Black Lives Matter uprising. They have gone into demonstrations, harassing and detaining protesters. On May 30, Maxima Guerrero, Roberto Cortes, and Johan Montes Cuevas were all arrested at a Black Lives Matter demonstration in Arizona and were transferred into ICE custody soon after. This was done even though the protests were considered sensitive spaces, like hospitals and funerals, which ICE is not allowed to be in the periphery of. However, with their coordination with police, ICE managed to detain all three of these DACA recipients.

Working hand in hand with police, ICE has been harassing not only protesters but people of color across the country. They are responsible for separating families and funneling people into migrant detention centers with conditions so deplorable that people, including children, die regularly while being detained. If they’re not killing children in detention centers, ICE is killing immigrants by sending them back to countries that are struggling economically due to U.S. imperialism. The violence ICE spreads is another layer of “legitimized” violence allocated by the state against the working class and marginalized people. Therefore, in struggling against capitalism, the working class must use its force to abolish ICE.

ICE was developed after the passage of the Homeland Security Act of 2002 in response to the events of 9/11 and has been utilized to wreak terror on immigrant communities all over the United States. Under the Bush administration, ICE contributed to more than 2 million deportations; under Obama, it was more than 3 million. Deportation often takes the form of raids at workplaces in industries known to employ undocumented immigrants. In 2019, ICE raided seven food processing plants in Mississippi and detained 680 people on the first day of school, causing untold trauma for these immigrants’ young children. Many of these children had to be left in the care of complete strangers or with relatives.

Considering the number of separations due to the nationalistic detention of immigrants, the thousands who have been separated from their families may very well never see them again. ICE has very much completely destroyed families of color and the lives of those they have detained.

Furthermore, the facilities that detainees are sent to have abysmal conditions. These facilities leave people cramped amongst each other in crowded cells and are regularly lacking hygienic supplies like soup and toothpaste. Those who are imprisoned in these centers often have to sleep on hard floors or stand up for days due to lack of space.

Recently, during the Covid-19 crisis, rather than freeing those who were detained in these cramped camps that are ideal breeding grounds for the virus, ICE continued raids on immigrant communities in some states on the first day of shelter in place. In California, ICE exploited the fact that many immigrants would be home due to quarantine in order to conduct raids. They even came prepared with N95 masks to protect themselves while they ravaged these communities and destroyed people’s lives.

Furthermore, during the pandemic, ICE has sprayed a chemical disinfectant called HDQ neutral up to 50 times a day within their detention centers. Agents would spray the chemical despite limited ventilation, which makes it difficult for those detained to breathe. There have also been reports of detained individuals experiencing skin burns and bleeding due to the chemical, which also causes eye damage. ICE shows through actions like this the stance of the capitalist state: that is, to repress, oppress, dominate and torture Black and Brown people rather than accommodate to their needs and safety.

This repressive force that abuses Black and Brown people from around the world must be abolished along with the borders it fights so hard to protect. The capitalist state destroys other countries for the sake of profit, abuses immigrant workers to minimize their costs, and throws immigrants into torturous detention centers and economically deprived settings once capitalists don’t have a use for them. ICE is one of the many arms of the state that facilitates this kind of oppression and exploitation, and it is up to socialists and the working class to put an end to it.

With the unprecedented movements that have arisen since the murder of George Floyd by Minneapolis police, countless people, led by Black youth, have taken to the streets to denounce state violence. Some sectors of demonstrators are calling for the police to be defunded, while others are calling for abolition. Now, with this unprecedented momentum, it is imperative that socialists guide these demands more and more to the left. ICE and neighborhood police work hand in hand. Their efforts are coordinated with each other to enforce bourgeois laws that maintain capitalism, borders and oppression. Therefore, ICE is a form of policing, and our demands to end police terror must be applied to ICE as well. The police must be defunded to zero and completely abolished, and ICE must go with it.