Video evidence of a cop shooting an unarmed Black man at point-blank range is not enough to get him charged by Biden’s justice department. 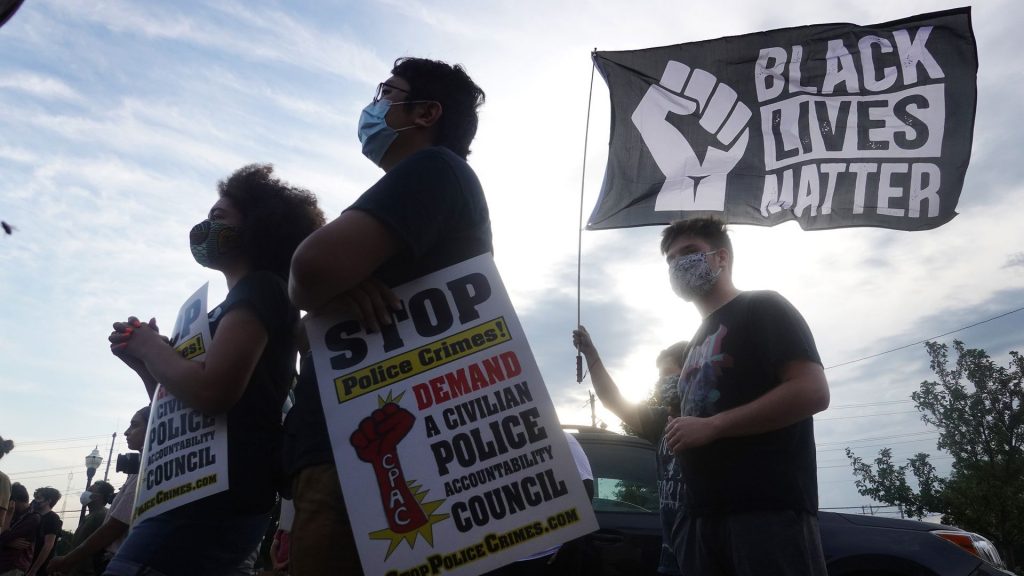 Last summer, only a few months after the murder of George Floyd, police in Kenosha, Wisconsin, shot and paralyzed Jacob Blake, bringing about another wave of protests.

Blake, a Black father of three, was trying to break up a fight between two women on the street when the cops showed up. His children were in the backseat of his car.

A horrific video makes clear exactly what happened. Blake was walking to his car, surrounded by at least three police officers. As he opened the driver’s-side door, Rusten Sheskey — who was standing a few feet behind him — opened fire, hitting him at least seven times in the back at point-blank range. His three children witnessed the shooting; his little boys were 3-, 5-, and 8-years-old at the time.

This cop shooting took less than eight seconds, and Blake was left paralyzed.

The video emerged in the midst of the Black Lives Matter mobilizations across the country, including in Kenosha, where protesters had directly confronted the cops and set fire to the Kenosha County Courthouse.

Despite protests, the cop who shot Blake was cleared of any state criminal offense. And last Friday, October 8, the Biden administration’s Department of Justice announced Sheskey won’t face a federal civil rights violation. As the Kenosha News reported, “Officials said that the department made the decision because the evidence obtained was insufficient to prove that Sheskey willfully used excessive force.”

Apparently, a video of a man shot in the back seven times at point-blank range is not enough evidence of “excessive force.”

The shooting of Blake in the middle of the Black Lives Matter movement showed clearly that the cops will not be deterred by the state and system they serve. They exist as a murderous force against the Black community, other communities of color, and the working class as a whole. This DOJ decision reinforces that the courts and entire “justice” system are on the side of the murderous police. The conviction of Derek Chauvin was an exception aimed at quelling the movement, not a shift to more “justice” in a system that essentially never charges police with murder and locks up tens of thousands of Black people every year.

Last year, Democrats in Congress wrapped themselves in Kente cloth and talked about supporting Black Lives Matter, promising to use their offices to tackle “systemic racism.” Clearly, that was just an electoral ploy. All those promises and every sidewalk and street painted with “Black Lives Matter” were just about getting votes while there was an uprising. They were an effort to co-opt the movement while making sure nothing fundamentally changed — which was Biden’s real promise.

Last summer, it was the Democrats who sent the National Guard to tear gas and spray rubber bullets on protesters. In Kenosha, it was Democratic Mayor John Antaramian who filled the streets with riot police and imposed a curfew. Now it’s Biden’s justice department that says there’s just not enough evidence that Sheskey willfully used excessive force  when he shot Blake in the back seven times — on video. This is what Biden promised: to defend, promote, and expand the murderous police and give them free reign to terrorize, paralyze, and murder people. It’s the policy of the Democrats and Republicans alike.