In a Nearly Unanimous Vote, IATSE Members in TV and Film Production Authorize a Strike

International Alliance of Theatrical Stage Employees union members received strike authorization ballots on Friday. The results are in and the membership has overwhelmingly voted in favor. 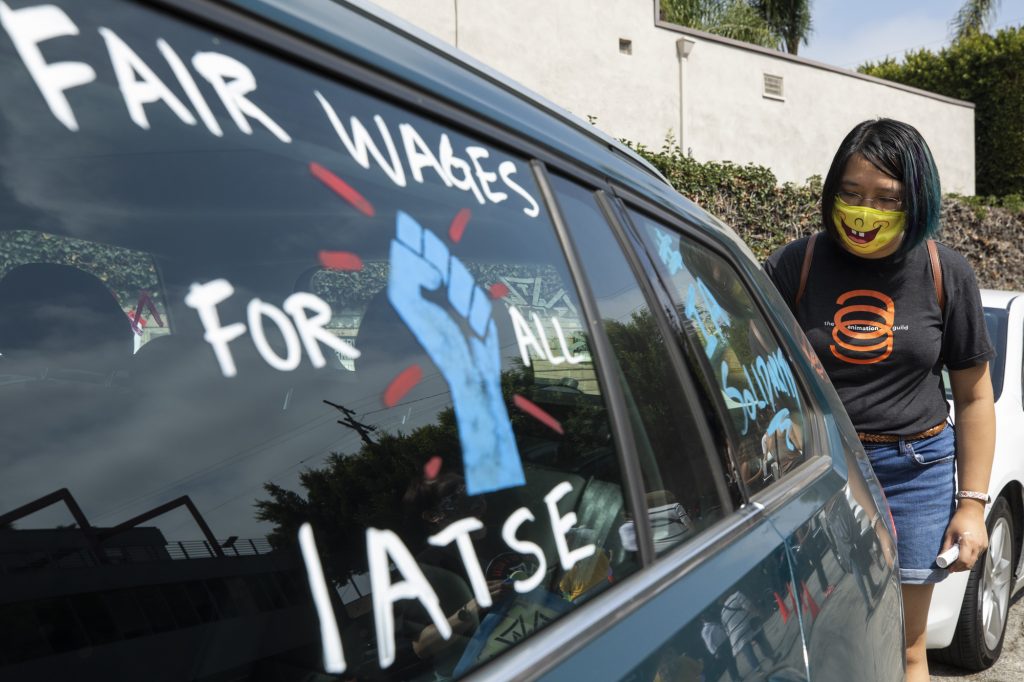 Weeks ago, the International Alliance of Theatrical Stage Employees (IATSE) reached a stalemate in talks with the Alliance of Motion Picture and Television over their new contract. Over the weekend, union members voted for a strike authorization vote, paving the way for one of the largest labor actions in the history of Hollywood. The union required 75 percent votes in favor to authorize the strike. In response, 90 percent of eligible voters participated  in the authorization vote, with 98 percent voting in favor of the strike.

The fight for rest periods, better wages, and safer conditions has reached a head as the authorization ballots returned an almost unanimous decision. It is clear: the rank and file want to strike. Now, it is imperative that the union leadership impose the will of the workers instead of using it as a bargaining chip to negotiate with the bosses.

Below, we represent a report from IATSE:

Results show 90 percent of eligible union voters cast ballots, with more than 98 percent of them in support of strike authorization.

The International Alliance of Theatrical Stage Employees announced today that 60,000 members who work in television and film production across the country have voted—by a nearly unanimous margin—to grant IATSE International President Matthew Loeb the authority to call a strike. This is the first time in IATSE’s 128-year history that members of the union have authorized a nationwide strike.

“The members have spoken loud and clear,” said Loeb. “This vote is about the quality of life as well as the health and safety of those who work in the film and television industry. Our people have basic human needs like time for meal breaks, adequate sleep, and a weekend. For those at the bottom of the pay scale, they deserve nothing less than a living wage.”

Beginning Oct 1 and concluding Oct. 3, at 11:59 p.m. E.S.T., 60,000 IATSE members who work on film and television productions received ballots and voted on whether to empower the international union’s president to call a strike.

In the 13 West Coast local unions, where members work under the Basic Agreement, it was required that 75 percent of members voting in each local union approve the strike vote for that local union to authorize a strike. The same conditions applied to the 23 locals across the nation located in production hubs including Georgia, Louisiana, Illinois, and New Mexico operating under the Area Standards Agreement. That threshold was exceeded in all 36 local unions with none reporting less than 96 percent voting to authorize a strike.