An undergraduate queer student group at Columbia University hosted a screening of “Pride” (2014) in support of the student workers currently striking for their first contract. This is just one instance of a long history of queer worker organizing. 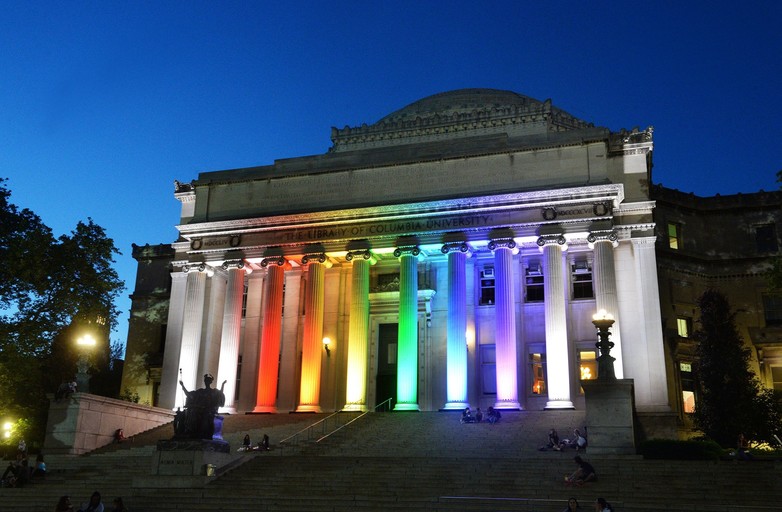 Thursday morning, Student Workers of Columbia (SWC, affiliated with UAW Local 2110) gathered outside the Columbia University Medical Campus for the second week of their strike. With over 3,000 members in the bargaining unit, SWC is the second-largest union currently on strike in the United States. Left Voice has been interviewing workers on the picket line.

Thursday evening, Columbia GS Alliance, the queer student group affiliated with the Columbia School of General Studies, hosted a screening of Pride, the 2014 film based on the true story of Lesbians and Gays Support the Miners (LGSM). Originating in London but then spreading to eleven locations across the UK, LGSM raised money in support of the National Union of Miners strike from 1984-1985 under Prime Minister Margaret Thatcher’s austerity regime. The screening was explicitly dedicated to supporting SWC by getting undergraduates more involved in organizing and raising money for the SWC Hardship Fund.

Labor-queer solidarity has deep roots. Three months after the strike was defeated, the miners joined LGSM to march at the head of the 1985 London Pride Parade, and their support is credited as one of the key moments in the UK’s queer rights movement. What the film doesn’t mention is that most of the original members were part of Trotskyist and Communist groups. In 2017, Left Voice interviewed three of the real-life men portrayed in the film.

But Columbia’s history of gay undergraduate organizing goes back to long before Thursday’s movie night. In fact, the screening was held in Columbia’s Stephen Donaldson Lounge, named after the Columbia student who founded the first gay student organization in the United States in 1966, before Stonewall. Now, Columbia is home to 19 different LGBTQ+ student groups and is either the employer or the alma mater of some of the world’s most preeminent queer studies scholars.1Matt Brim, Poor Queer Studies: Confronting Elitism in the University (Durham, Duke University Press, 2020).

After the screening of Pride, strikers went home to rest up before returning to the picket line — this time in the pouring rain — Friday morning. They sheltered under a tent at midday for lunch and a resounding chorus of “Solidarity Forever,” and then they headed back out with their umbrellas and plastic ponchos.

The student workers at Columbia are fighting for just compensation, dental insurance, neutral arbitration of sexual misconduct and bullying cases, and full recognition of all student workers as part of their bargaining unit. You can contribute to the strike fund here.