Five Capitalists Who are Destroying the Environment

As the threat of climate crisis increases in magnitude, the Left must remember who is to blame and what it will take to survive. 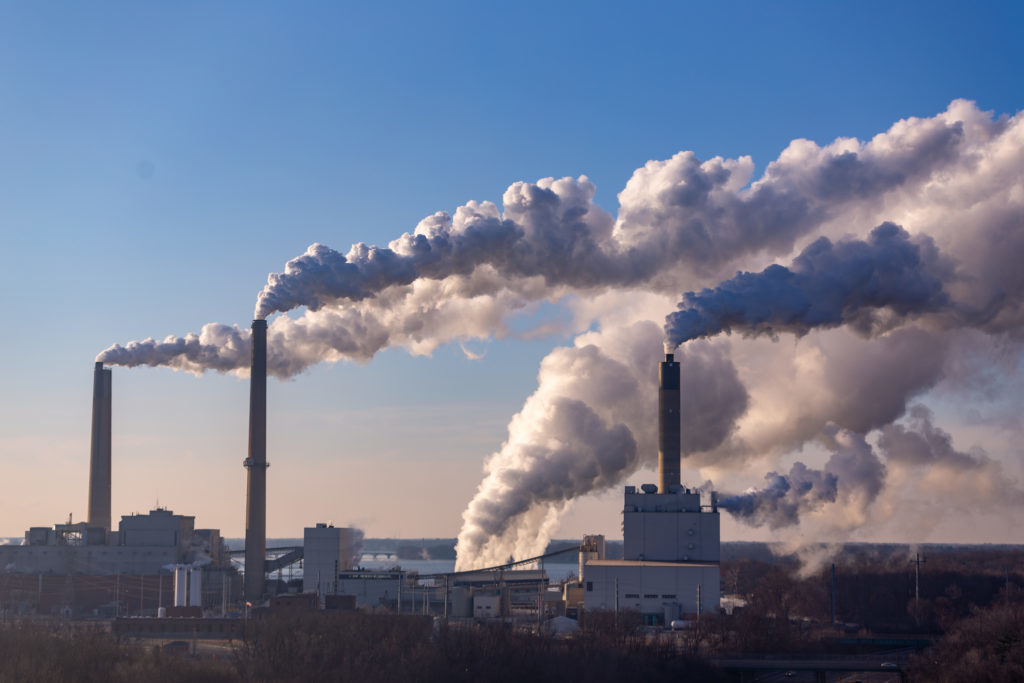 Wind is blowing pollution from a coal burning power plant.

You wouldn’t know it by following mainstream media, but the threat of climate crisis hasn’t disappeared since its brief stint as headline news surrounding the Global Climate Strike, which took place over a year ago. This year alone saw the worst wildfires in California’s history occur simultaneously with an unprecedented number of tropical storms from the Atlantic. Despite the existential threat the climate crisis poses to the world — particularly to the working class — political leaders refuse to take any serious measures, or even moderate, barely left-of-center measures like those proposed in the Green New Deal.

There is an obvious reason for the lack of action: Climate crisis is fueled by capitalism. While Republicans and Democrats differ in their rhetoric, both parties exist to serve the capitalist class. Everything they say and do exists to maintain the material relations that have led to grand-scale destruction of the world’s natural environments at the expense of all but the wealthiest people.

Since they will never point to the true perpetrators of this destruction, it is the responsibility of the Left to name names and shine a spotlight on the industries that are particularly culpable for the environmental crisis. These five capitalists are examples of how capitalism directly fuels the climate crisis.

Two years in a row, Coca-Cola has been the largest contributor to plastic pollution making its way into the ocean. A 2019 audit by the Break Free From Plastic global movement found that the beverage company contributed more plastic pollution than the next three sources combined.

Made to be durable, plastic is one of the most environmentally damaging materials humans have ever created. It can take over 400 years to fully degrade, and according to a 2019 report by the World Wildlife Fund, its production will be responsible for up to 13% of the world’s carbon budget by 2050. Plastic has long been understood as one of the worst pollutants to land and ocean ecosystems. Additionally, plastic is responsible for 3.8% of global carbon emissions. While that may sound like a small percentage, it’s almost double the amount caused by aviation.

The soft drink goliath responded to the report with the expected announcement that they will do better — but claims by environmental activists suggest otherwise. Affiliates of the Break Free From Plastic movement have said that the company has interfered with their activism against plastic pollution.

There’s no shortage of reasons to oppose the United States military. One reason is that it is the 47th largest emitter of greenhouse gas worldwide, making it a bigger polluter than most medium-sized countries. 30% of its energy is used to maintain more than 560,000 buildings around the world. An even larger share of the Pentagon’s carbon emissions comes from the production of weapons of war and the fuel they use.

The Department of Defense bears much of the responsibility, but the U.S. military would be nothing without its contractors which profit off of imperialist violence and pollution. While any number of contractors, such as Boeing and Raytheon, regularly provide logistics for violence, the biggest contractor is Lockheed Martin. In 2017, Lockheed Martin far out-produced its rival companies, producing $44.9 billion in arms and other defense contracts. Second in arms sales was Boeing with $26.9 billion.

On September 28, the company was hit with a class action lawsuit for an  “environmental nightmare” caused by their Orlando complex. The suit claims that the facility mishandled hazardous chemicals, resulting in toxic contamination of soil and groundwater. In the past they have been responsible for Chromium 6 pollution of Los Angeles water.

At this point, the fossil fuel industry has become intertwined with the term “climate change.”. Unless you’re a climate change denier, there is likely no obscurity to the threat fossil fuels pose to the world.

The 20 biggest oil companies in the world are responsible for 35% of all global carbon dioxide and methane emissions. The biggest of all is Saudi Aramco, which has produced 59.26 billion tons of carbon dioxide equivalent since 1965, beating the second biggest company (Chevron) by more than 15 billion tons.

It should come as no surprise that a fossil fuel company owned by a monarchy allied with U.S. imperialism would play such a key role in the capitalist destruction of nature. Unfortunately, it may surprise some that along with being the biggest polluter globally, Saudi Aremco is also the most profitable business in the world. This should serve as clear evidence that the very fuel of climate change is the for-profit global economy that capitalists have created and maintained at the expense of all life on the planet.

If fossil fuel companies are the most direct and frivolous contributors to the climate crisis, large banks bear significant responsibility as the sponsors of the fossil fuel industry. A report published earlier this year by Oil Change International found that over the past four years, banks have given $970 billion to the top 100 fossil fuel companies.

Brazil’s far-right president Jair Bolsonaro drew some of his heaviest international criticism last year when the mass burning of the Amazon rainforest made global headlines. While Bolsonaro was the target of much well-deserved criticism, the far more insidious contributors were the businesses that directly funded the deforestation, with JPMorgan as the leader of the pack.

Few businesses are as easily associated with evil as Koch industries. The conglomerate plays a direct role in the climate crisis through its wide array of oil refineries and pipelines. However, where Koch Industries really stands out is as a giant funder of climate change denialism.

A 2010 report by Greenpeace found Koch to be the leading funder of disinformation around climate change. In 2011, Rolling Stone magazine placed the Koch Brothers second on a list of 12 politicians and execs blocking progress on global warming. At the time of that article, Koch had spent $38 million on lobbying efforts to kill climate legislation.

We will likely never know the death toll brought about as a result of these lobbying efforts, but the money the Kochs have spent to promote climate change denialism and their evasion of even the most minimal environmental laws are well-documented.

Environmental devastation is a direct product of capitalism. Capitalists will never combat the climate crisis because that would require the system to be abolished. Capitalism is based on the principle that finite resources are to be privately owned, exploited, and exchanged for the sole purpose of enriching capitalists. This anarchic system of production can never be brought into line with sustainability.

This is why reformist socialists in the U.S., tied to the Democratic Party, have failed to show what an alternative could look like. Proposals like the Green New Deal, which pointing to important reforms, are vastly insufficient to address the climate crisis because the root of the crisis is the capitalist system itself. The solution is a democratically-run planned economy structured around human need and environmental sustainability rather than profit.

It is wrong for Leftists to claim that the climate crisis can be fought by giving incentives for businesses to go green. What we need is a Left that fights for the working class to take political power, breaking the power of the capitalists and their state.