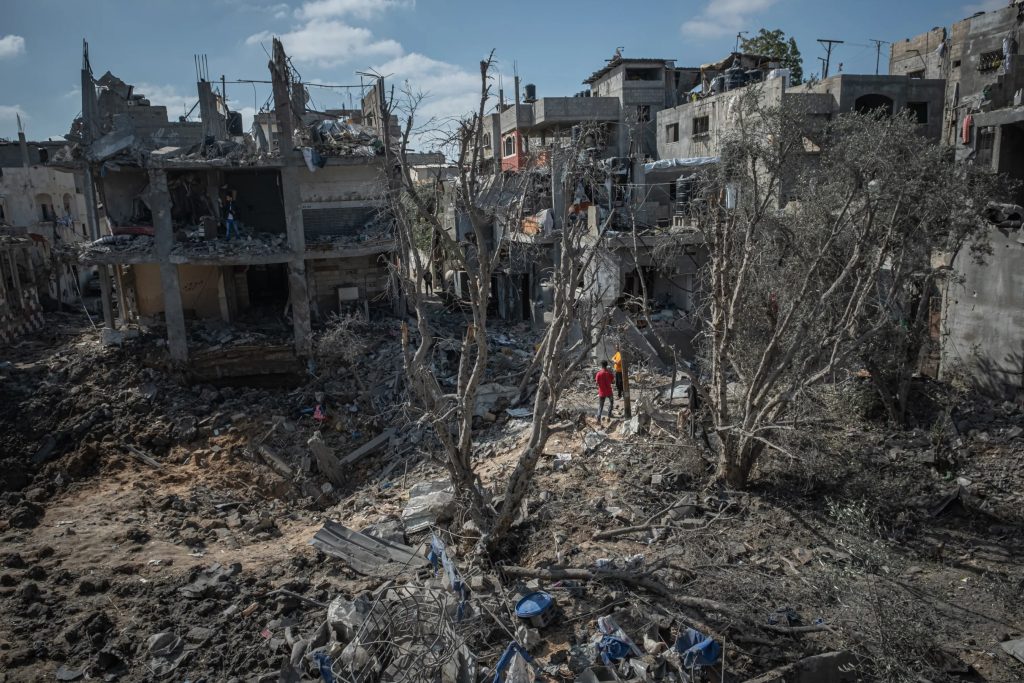 This weekend marked an onslaught of Zionist Israeli military aggression against the Gaza Strip. Several cities suffered impacts of precision missiles, launches from drones, and helicopter gunships of the Israeli occupation army. The attacks have killed more than 40 Palestinians, including 15 children, and wounded at least 300, according to the Palestinian health ministry.

The military raid on Gaza began Friday when Israel launched what it called “preemptive strikes” against alleged planned rocket attacks by Palestinian Islamic Jihad, after the arrest of Bassam al-Saadi, a leader of the group. The 61-year-old Islamic Jihad leader was arrested earlier this week in a raid on his home in a Jenin refugee camp in the occupied West Bank. During the raid, occupation forces also shot and killed Derar Riyad al-Kafrini, a 17-year-old Palestinian youth. Islamic Jihad launched its first round of rockets, which were intercepted by Israel’s Iron Dome, only after Israel’s first attack. “The bottom line is, after Israel allegedly tried to prevent Islamic Jihad attacks, it is now receiving rockets that apparently would not have happened if Israel did not attack first,” said Israeli analyst Meron Rapoport.

The military offensive primarily hit civilians, striking residential apartment buildings, overcrowded refugee camps, and even a cemetery. The shelling damaged at least 1,600 Palestinian residential units. On Saturday, the Energy Authority in Gaza announced that the only power plant in the area would have to completely shut down at noon because of fuel shortages due to the Israeli blockade, cutting energy for air conditioning in homes during the oppressive summer heat. Gaza’s main hospital reported being unprepared to care for the injuries due to blockades on medical supplies and fuel, and authorities warned of an imminent total shutdown of health services.

On Sunday morning, as the offensive in Gaza entered its third day, Israeli ultra-nationalists and settlers stormed Al-Aqsa Mosque in occupied East Jerusalem. Al-Aqsa, which is of monumental religious importance to Muslim worshippers, is also a symbol of resistance, culture, and identity for Palestinians. According to local media, at least 1,000 Israelis participated in the raids, which was organized by far-right groups that call for the destruction of Al-Aqsa Mosque, raising Israeli flags and shouting Islamophobic slurs and insults. The storming was permitted by Israeli authorities and secured by heavily armed Israeli forces.

Egyptian mediators were in contact with both Israeli and Palestinian groups in Gaza since Friday evening, seeking to mediate a truce. Israeli armed forces and Islamic Jihad members agreed to abide by a ceasefire on Sunday evening.  Despite 85 percent of Egyptians not supporting recognition of the state of Israel, the Egyptian government actively cooperates with Israel and gives cover to Israeli drone strikes in the Sinai peninsula. Like any act of international “diplomacy” between bourgeois governments, this cease-fire plays directly into the hands of imperialism. The Israeli settler state and its U.S.-backed military forces have shown that they are eager to take disproportionate military action at any sign of Palestinian resistance.

This is the usual attempt to cast Israeli military aggression as a kind of “clash” between two equal forces rather than the ethnic cleansing of Palestinians. Gazans are survivors of generations of Israel’s ethnic cleansing, having been expelled from their villages and confined to a thin strip of land to be replaced by foreign settlers, and constantly besieged from air, land, and sea. Palestinians have the right to defend themselves by any means necessary in the face of occupation and ethnic cleansing.

Palestinians in the occupied West Bank, Jerusalem and within Israel held demonstrations against the Israeli assault over the weekend, calling for an end to the aggression and for the release of political prisoners such as Khalil Awawdeh, who has been on hunger strike for nearly 160 days. International emergency demonstrations are being called in cities across the world, such as Germany, Canada, Belgium, Morocco, the United Kingdom and the United States.

One Gaza resident and teacher, Eman Basher, tried to keep her children distracted and calm during the attack, saying: “I’ve been telling them that it [the Israeli bombardment] is fireworks. I’ve been telling them that people are happy because of the high school graduation a few days ago.” For generations, Palestinians have been forced to grow up under a constant threat of attack by Israeli forces. Every child deserves a happy childhood, in which they are able to grow up, go to school, and envision a future for themselves. In the occupied Gaza Strip and West Bank, children live under a constant shadow of violence. The youngest victims in the latest round of attacks were 5 years old.

Biden, who visited Israel earlier this month as part of a tour of the Middle East that included Saudi Arabia, issued a statement defending Israel’s “right to defend itself”. Biden requested $3.3 billion in foreign military financing for the fiscal year 2022. Palestinians need an outpouring of international solidarity in the streets; people around the world, and especially in imperialist countries like the United States, must demand that not a penny more of their governments’ money go to the Israeli apartheid state.

An emergency NYC rally in support of Palestine is being called for this Monday August 8th at 6 PM in front of “The Friends of the IDF” headquarters 60 E 42nd St, Manhattan.