The success of Donald Trump’s campaign has left many in the US looking on in horror as he rose in the polls and moved on to dominate the primaries. His inflammatory, racist rhetoric drives many to label him “fascist.” 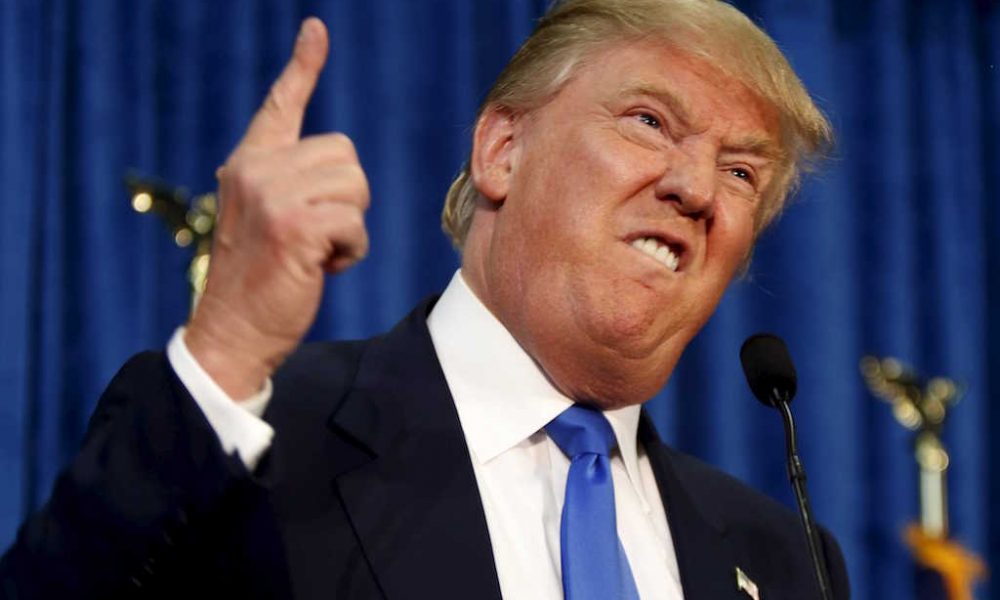 Lately, many posts on social networks claim that Trump is a fascist; many have even photoshopped his face onto Hitler’s body. Superficial comparisons between Trump’s racist rhetoric and Hitler’s have been made by many; even former Mexican President Vicente Fox jumped on the bandwagon, declaring that “Trump reminds me of Hitler .” Thus, the question has been posed on both sides of the Río Grande: is Donald Trump a fascist?

Recently, a video has been spread through social networks supporting the notion that Trump is a fascist. Shared in The Huffington Post, the video begins with this question — echoed by news agencies, talk shows, and pundits — and implies the affirmative by using clips of Trump saying, “I could stand in the middle of Fifth Ave., and shoot somebody and I wouldn’t lose any voters,” or labeling Mexicans as “rapists” and “criminals.” The video describes fascism as a system “marked by obsessive preoccupation with community decline, humiliation, or victimhood,” “positivity around and willingness to use violence, emphasis on meeting structure, symbols and political choreography, extreme stress on masculinity and male dominance, tendency towards an authoritarian, charismatic and personal style of command” and, surprisingly, “the use of racist rhetoric.” We will address this last part later on.

In Mexico, an article in Nexos Magazine titled “Trump, fascism and populism ” addresses a similar issue, stating that fascism and populism “have important historical connections,” concluding that “modern populism updated fascism, transforming it in an authoritarian form of democracy [but] this does not erase the possibility that populism becomes fascism once again or that it turns into a new form of totalitarian and undemocratic form of leadership.”

Many Americans believe in the idea that Hitler rose to power peacefully through elections, which is historically incorrect: the Nazis never gained enough votes to win the presidency

Fascism According to the Liberals

The problem is that both of these definitions follow the thesis of “creeping fascism” (as Ernest Mandel called it), which says that this dreadful system could take over through electoral means as a result of voters’ ignorance; before we know it, Hitler’s heir will be ruling once again. Many Americans believe in the idea that Hitler rose to power peacefully through elections, which is historically incorrect: the Nazis never gained enough votes to win the presidency .

If fascism could really be defined by meeting structures, symbols, political choreography, and the authoritarian rule of a charismatic individual, numerous regimes throughout history would very well be characterized as fascist — from Napoleon III in France to the dictatorship of the Kims in North Korea. On the other hand, the use of violence and male dominance have also been used in other “democratic” countries (didn’t Evo Morales in Bolivia say that “women are inferior to men ”?). Likewise, employing a rhetoric of victimization, humiliation and the decline of values has been used by other people who dreamed of returning to the good old days (Niccolo Machiavelli, for example, was nostalgic for the Roman Empire and supported the unification of Italy).

So What Is Fascism?

This question has been raised regularly since this system arose in the early 20th century and it is not the first time the left has been pushed to explain how fascism works: ever since this phenomenon was created it was important to understand it in order to combat it. Thus, it should be one of the first questions a person starting their political life (actively or passively) must ask her or himself.

“…A system of administration is created which penetrates deeply into the masses and which serves to frustrate the independent crystallization of the proletariat. Therein precisely is the gist of fascism.”

“The system of fascism is based upon the destruction of parliamentarism. […] When the ‘normal’ police and military resources of the bourgeois dictatorship, together with their parliamentary screens, no longer suffice to hold society in a state of equilibrium – the turn of the fascist regime arrives. Through the fascist agency, capitalism sets in motion the masses of the crazed petty bourgeoisie, and bands of the de-classed and demoralized lumpenproletariat; all the countless human beings whom finance capital itself has brought to desperation and frenzy. […] When a state turns fascist, it doesn’t only mean that the forms and methods of government are changed in accordance with the patterns set by Mussolini – the changes in this sphere ultimately play a minor role – but it means, primarily and above all, that the workers’ organizations are annihilated; that the proletariat is reduced to an amorphous state; and that a system of administration is created which penetrates deeply into the masses and which serves to frustrate the independent crystallization of the proletariat. Therein precisely is the gist of fascism.”

Franco, Hitler and Mussolini engaged in demagogic rhetoric centering on denouncing certain aspects of capitalism and “rebuilding their empires” to attract the middle-class masses impoverished by the economic crisis. They sat at the helm of fascism based on an apparatus that only a capitalist state with clear expansionist and colonialist policies could have; such was the case of the Italian invasion of Ethiopia and the consolidation of Spanish colonial presence in the Sahara. Fascism is also based on a nationalist ideology, which allows it to adapt to a country’s particular characteristics; Nazi Germany’s racist turn was the result of a long history of persecution and pogroms in reactionary times, but in Italy and Spain, racial minorities had been assimilated in their respective countries.

Racism and “purity” were not essential elements of all fascisms in the last century. If one were to study the cases of Italy and Spain, it would be apparent that there is little evidence to suggest they had a complex of racial superiority in their early years; policies allowing the persecution of ethnic minorities (Jews among them) in Italy and Spain began in the late 30s due to the nature and influence of Nazism, given that Germany was a major imperialist power. Before these racial policies were even thought of, fascist bands in Italy and Spain did not attack ethnic minorities, rather, they attacked workers on strike and leftist organizations.

Fascism in Italy, Germany and Spain was based on a repressive paramilitary apparatus: fascist bands (such as the Stalhelm) had strong ties to the army and police, allowing them impunity in the justice system. Fascism arose in these countries as a result of an extreme situation of economic crisis, which caused a wave of strikes that alarmed the bourgeoisie. Fascist leaders claimed to be the only ones capable of restoring peace and order while the hordes of Black Shirts and the Falange struck the worker movement by the means of gangster-like methods, attacking organizations like the Italian Communist Party and the anarchist CNT in Spain.

Is Donald Trump a Fascist!?

Donald Trump does not share almost any of the characteristics we mentioned earlier. His foreign policy is not expansionist, he does not want to create an autarchic system, and he does not present an alternative to the current neoliberal system. Instead, he seems to follow the “small government” line presented by the Tea Party. Trump is very far from signaling American democracy as a failed system and is not planning to overthrow the government, especially if one considers that in the last legislative elections, Republicans won the majority of seats .

Although Trump’s campaign speaks of “making America great again,” he is not presenting anything more than mere rhetoric; as we pointed out here , Trump’s social base is composed of “an alliance of millionaires with small business owners and sectors of the lower middle class, a combination which has already led to other monstrosities, like the Tea Party.” Here is where the accusation of Trump’s supposed fascism falls apart, since his social base is multi-class and not centered in the impoverished middle classes.

On the other hand, the US economy has seen relative improvement in the last months, and although the economic crisis that struck in 2008 is far from being solved, its effects have been mitigated enough to prevent large sectors of society from being unemployed and “de-classed.” For now, this has caused class struggle to concentrate within oppressed sectors like immigrants, black youth, women, and LGBT people. However, the US in recent years has yet to see massive examples of class struggle by the working class as a whole, including large sectors of the labor movement. As such, capitalism has not been forced against the ropes, and has not posited fascism as a solution to “anarchy” and “chaos” (read: revolution). The recent incidents in Chicago are evidence of this: Trump blamed the incident on Bernie Sanders and said he would ruin the protesters’ lives (which never went beyond mere verbage), but the current situation is far from a context of mass strikes and worker occupations (both of which tend to be blamed on “unruly communists”), rather, the protestors who crashed Trump’s rally came together around the idea of stopping his racist ideology, yet no class issue was seen among them. Moreover, the US Army has stayed loyal to the president (whoever he happens to be); there is no immediate threat of a coup d’état.

In short, saying Donald Trump is a fascist is gravely inaccurate. Is he reactionary? Of course he is. Authoritarian? Racist? Undeniably. However, claiming he is the new Hitler is blinding the eyes of thousands of people and sounding the alarm when the danger is not yet here. Trump’s attitudes and policies (such as his proposition of building a wall with Mexico) obviously must be rejected, but the danger lies in his social base and goes beyond the elections. As we said here , it is imperative that the various sectors oppressed by the current system in the US unite to face the xenophobic positions of the Republican extreme right.