Ilhan Omar has signed onto a letter from the American Israel Public Affairs Committee calling for the continuation of the UN’s arms embargo on Iran. This is an indefensible decision and a massive betrayal of Omar’s anti-imperialist rhetoric. 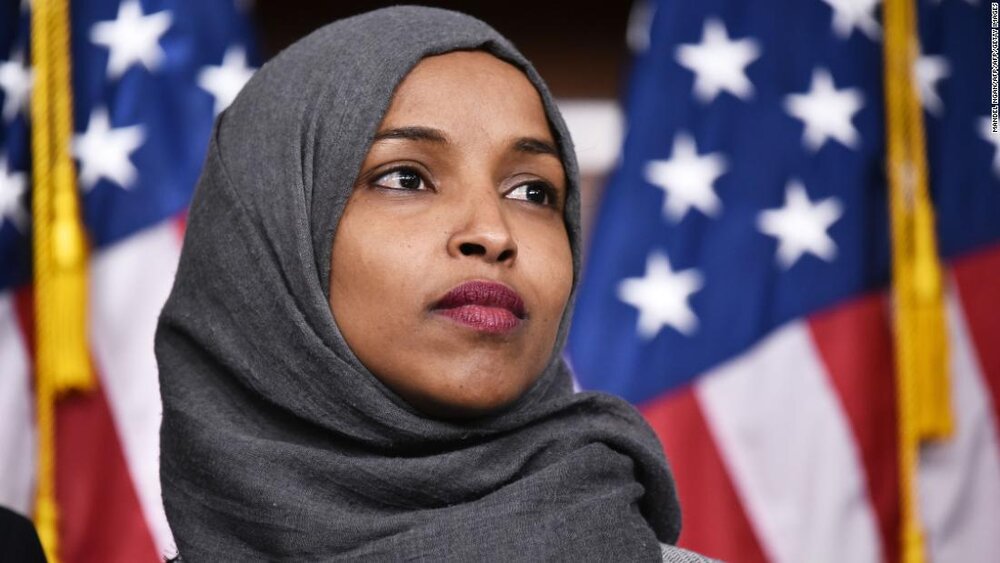 Since being elected to congress in 2018, Democratic Representative Ilhan Omar has made a name for herself as one of the more progressive members of the Democratic Party. She and Alexandria Ocasio-Cortez (AOC), Rashida Tlaib, and Ayanna Pressley have been deemed the “Squad” by the media and are known for their fiery speeches against various injustices of the U.S. state. Omar specifically routinely condemns U.S. imperialism and she has been very critical of Israel’s oppression of Palestinians, earning the wrath of the right wing and even death threats.

Given all of this, many were shocked and outraged when, earlier this week, Omar signed onto a letter from the American Israel Public Affairs Committee (AIPAC) supporting the UN’s continued arms embargo on Iran. She parted ways with the rest of the Squad and was the only one to sign the letter.

AIPAC is an incredibly right-wing institution that Omar herself has previously criticized. AIPAC’s stated goal is to lobby both the Republicans and the Democrats to support Israel financially and militarily. Bernie Sanders refused to attend their conference this year, calling it a “platform for bigotry.” At that conference, Israel’s far-right Prime Minister Benjamin Netanyahu used his speech to announce further annexations of Palestinian territory in the West Bank. Omar has signed a letter with a lobby that stands in firm opposition to Palestinan rights.

U.S. sanctions against Iran have always been harsh, but in the midst of the worst pandemic in a hundred years, they are proving deadly. The coronavirus is hitting Iran hard and international sanctions bar them from receiving any international aid. The Iranian regime is repressive, but imperialist sanctions imposed by the United States improversh and kill the working and poor masses in Iran. U.S. opposition to the Iranian government has nothing to do with elevated ideas of “democracy” and “freedom.” It is all about  an imperialist drive for hegemony over the Middle East. The U.S. is a capitalist empire that is more than happy to align itself with repressive governments like Saudi Arabia for geopolitical advantage.

For her part, Omar has opposed many of the sanctions on Iran, saying in March: “We need to suspend these sanctions before more lives are lost.” Yet, less than two months later, she has broken ranks with the Squad and joined both establishment Democrats and the Trump administration to support continued imperialist aggression. The letter than Omar signed calls for an extension of an existing embargo from the United Nations on Iran importing or exporting conventional weapons. This provision is designed to leave Iran defenseless against imperialist attacks from the U.S. and its allies.

This is not to say that we as socialists support the arms industry. Imperialist arms manufacturers like Lockheed Martin and Boeing profit from death and destruction. These companies sell billions of dollars of weapons to Saudi Arabia in order to wage war in Yemen, where more than half the population is suffering hunger as a result. These sanctions against Iran have nothing to do with preventing wars —  they are just another imperialist attack designed to strengthen the U.S.’ strategic position in the Middle East.

Omar’s only public statement on this matter came in the form of a retweet from Jeremy Slevin, one of her staff members, who said:

One of remarkable things about @IlhanMN is her consistency. She supports peacebuilding in all cases. She opposes punitive sanctions in all cases. And she opposes arming human rights abusers in all cases. People spinning this as anything different haven’t been following.

This explanation is just a rephrasing of U.S. propaganda and totally ignores the context. The embargo exists solely to protect U.S. interests and has nothing to do with human rights. Regardless of her intentions, Omar’s support of this embargo is a concession to U.S. imperialism and the Israel lobby. It is also a ridiculous claim for her to take credit for “opposing punitive sanctions in all cases” while also siding with a Zionist group to support the continued imperialist oppression of Iran. Her betrayal in this sense is double because she is both betraying her opposition to sanctions against Iran and her support for the Palestinian people.

This incident is just the latest in a series of betrayals from different members of the Squad. What these betrayals show us is that, for all of their progressive rhetoric and fiery speeches about injustice, they are all still Democrats. When they were first elected, some held out hope that these charismatic women could make the Democratic Party a more progressive institution or, failing that, at least be beacons of the Left within the party. This is similar to the thinking that led many to support both of Bernie Sanders’ failed primary campaigns.

But Omar’s betrayal shows us that this is impossible. The Democratic Party establishment will always be stronger than its internal critics. It has limitless forces to co-opt or silence forces that want to push it to the left.. This is why we see Omar supporting sanctions against Iran, AOC making excuses for the coup attempt in Venezuela, Rashida Tlaib voting for the military budget, and Ayanna Pressley voting to oppose the BDS movement. As the November election ramps up, we will surely see further concessions to the Right from all four women. AOC has already publicly endorsed Joe Biden and is standing by him, despite the accusation of sexual assault against him.

Working within bourgeois parties like the Democratic Party is a dead end. Progressive politicians who attempt this will always betray the principles that they claim to support. The solution to this is not to throw up our hands and declare that all politicians are traitors. Rather, this shows that the working class needs a party of its own — a party that is fiercely committed to anti-imperialism and internationalism, where all elected officials will be held accountable to the workers who elected them. A genuinely socialist party will consistently oppose the U.S. empire and all of its deadly machinations around the world.