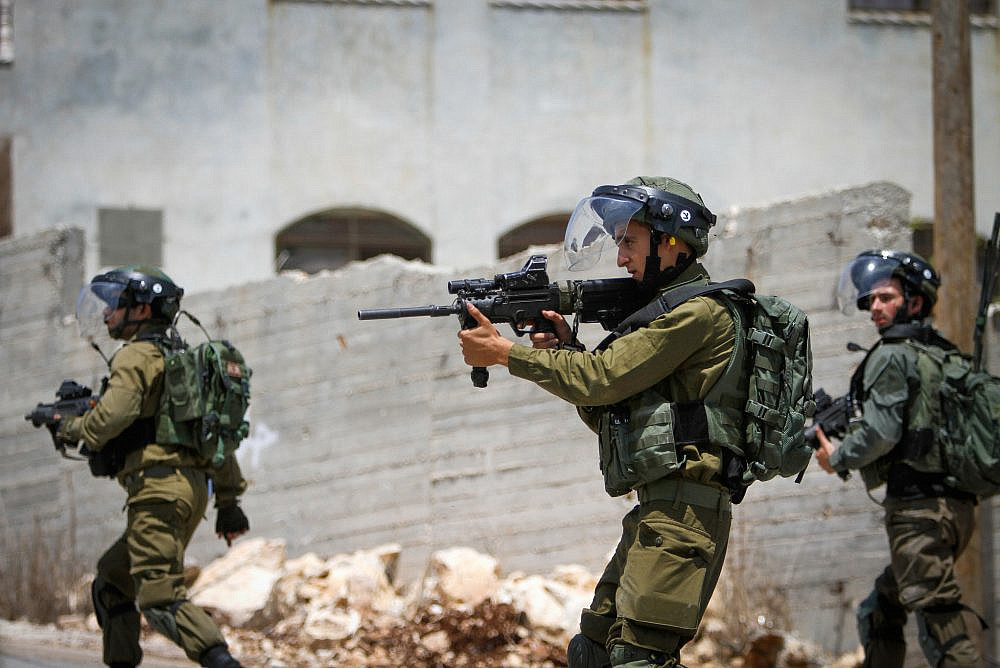 The Zionist state of Israel has long been in the leading ranks of countries when it comes to committing war crimes. In fact, this distinction predates Israel’s formal establishment as a state; the settler-colonialist terrorist militias that expelled Palestinians from their homes and lands to make that possible were notorious war criminals, often slaughtering entire villages in the process.

One of Israel’s most visible war crimes emerged during the First Intifada, the uprising of Palestinians in the “occupied territories” of the West Bank led by the youth. Against Israeli tanks, these courageous young people stood in the streets and threw rocks. The Zionist response was brutal; IDF soldiers would capture these teens and break their hands and fingers with clubs. Sometimes, they’d break their legs, too. Around the world, these actions were denounced as war crimes.

Lately, Palestinians have been fighting back against new settlements in the West Bank. Israel’s official response is to codify a war crime as official military policy.

Israel’s Channel 13 news recently revealed that the IDF’s rules of engagement (RoE) were changed a few weeks ago to allow soldiers to fire on Palestinians who have thrown stones — even when they no longer pose any “danger” and are “escaping.” Such a use of excessive force is explicitly a war crime according to international conventions.

The independent news/opinion website Mondoweiss makes clear just how this revision of the RoE — established as a “sop to settlers, the IDF’s clientele” — is part and parcel of the apartheid nature of the Zionist regime. Noting that the official RoE does not distinguish between settlers and Palestinians who may throw stones, “the rules on the ground certainly do.” As the Mondoweiss writer continues, no IDF soldier is going to

shoot to injure, much less kill, Jewish stone throwers. A soldier will not use live ammo, Ruger bullets, rubber-coated bullets, CS grenades, or stun grenades against Jews. He will not do so if even if the Jewish rioters personally attack him, run him over. Not only will he not shoot at them; he will not even detain them.

Stones thrown by Jews are as damaging as stones thrown by Palestinians, but the procedures — and how can that be otherwise, in an Apartheid regime? — change according to the ethnic origin of the stone thrower. And the Israeli public grows inured to that, day by day.

So, the war-crime state has given its soldiers the legal right to kill Palestinian civilians for throwing rocks, and by extension for simply being in a combat zone — because, after all, can the repressive forces of the Zionist settler-colonialist state be trusted to certify that its victims were actually throwing rocks.

As the Israeli human rights organization B’Tselem put it to Le Monde, “In fact, the situation is already catastrophic: we continually document cases of civilians killed, even children, when [the IDF was] in no danger.”

Israeli soldiers routinely attack civilians with deadly force. They are never held to account. Over the past week in the northwestern village of Burqa in the West Bank, IDF soldiers have been firing live rounds at protesters against the Homesh settlement — an outpost that many commentators in Israel, including some on the far Right, acknowledge will probably have to be dismantled. How soon before we read of some young Palestinian shot in the back and killed? Make no mistake about it: when that happens, it will be a tragedy prepared, sponsored, and funded by the imperialist powers that prop up the racist Zionist regime — especially the United States.

The Palestinian people have waged a heroic struggle against their oppressors for decades, without the benefit of a solid leadership committed to their cause, and without the unwavering support of the world’s masses. It’s high time for us to change that calculus.