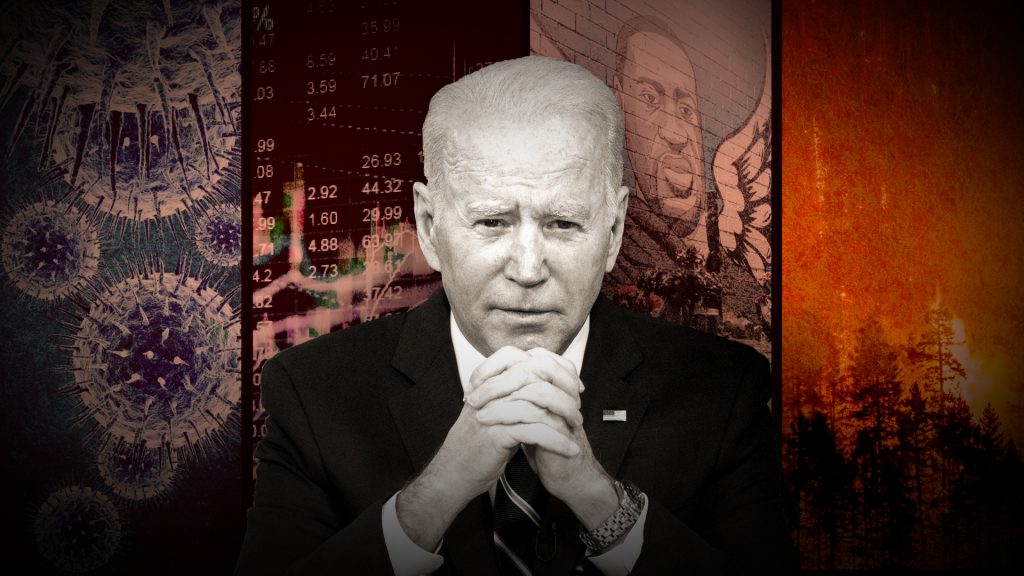 But anger expressed and translated into action in the service of our vision and our future is a liberating and strengthening act of clarification, for it is in the painful process of this translation that we identify who are our allies with whom we have grave differences, and who are our genuine enemies. — Audre Lorde

For years, there was a popular notion in American politics that we should “respect the office, if not the man,” meaning that, no matter who is president, we should extend them respect merely because of their position. Thankfully, in recent years social media has reflected a growing sense that we should respect neither the man nor the office. Like the Trump administration before it, the Biden administration has been subject to relentless cyberbullying on basically every social media platform. And while it is true that a fair share of the hate is coming from right-wing trolls pining for Trump’s return and suffering from delusions of a far-left Biden agenda, Biden and his ilk aren’t safe from criticism from the left either. From memes mocking government policy to tweets directly attacking Biden, millions of (mostly) young people are using the internet to express their anger at the Biden administration, the Democrats, and, to a certain extent, the institutions of the capitalist state.

And that anger is absolutely justified. Surely, the Biden administration has betrayed all its main promises and is currently overseeing a homicidally irresponsible policy with regards to Covid-19 — refusing any form of shut down and telling people to “just Google” where to find Covid-19 tests. When Biden finally decided to begin providing free at-home tests, he limited it to 4 per household, regardless of how many people lived in the household — an idiotic policy that disproportionally impacts poor households with many people living at one address.

It is perfectly normal and healthy to be angry at Biden and his government. However, as funny as they are, memes aren’t enough. We will not, as many suggest, be able to “cyberbully Joe Biden” into giving reforms.

Rather, we should take the examples of the Biden administration reversing course on unpopular decisions — refusing to extend the student loan moratorium, refusing to send masks, etc — as but a taste of the power we could have if we used our rage to get organized. Biden and his cronies are far more scared of our power as workers than they are of our tweets. So, what concessions have been given, have been given to stave off the birth of a social movement that could win a lot more.

Let’s take student loans just as one example. Biden and the Democrats in Congress won on a platform promising student debt relief — still far short of the total forgiveness which is needed — and, so far, have implemented no measures to meaningfully impact the growing student debt crisis. To add insult to injury — or, rather, injury to further injury — Biden was planning to restart loan payments on February 1, refusing to extend the pause that began at the onset of the Covid-19 crisis. However, after public backlash and the Omicron spike in Covid-19, Biden had to push the start date back to May. However, the loans still aren’t forgiven — an act Biden could do with one executive order — and Biden is hoping that he can push off the re-start date until he is on firmer political and economic ground. In this sense, we haven’t cyberbullied Biden into doing anything, we just kicked the can down the road.

Imagine, instead, if the millions of people impacted by the student debt crisis organized a debt strike or sit-in. Imagine a march. Imagine a strike. The millions of students in the United States drowning in debt could fight to cancel student debt for good and take back some of the power wrested from them by the capitalist state.  Resistance, then, would take on a material component. Put another way, angry tweets don’t sufficiently threaten Biden or the state but a combative social movement does. Because social movements — especially those that include or are led by the working class as workers — threaten capitalist profits and productivity.

The power of organization goes beyond any one issue, because organizing ourselves puts us in collaboration against a shared enemy. And that’s what Biden fears the most.

This idea of organizing to fight for our demands during the Biden administration isn’t a pipe dream. Under Biden we saw a limited resurgence of the Black Lives Matter movement after the police murder of Adam Toledo and the largest pro-Palestine movement yet in the U.S. This spirit carried over into the series of strikes, dubbed Striketober, that showed the labor movement beginning to flex its muscles again.

These strikes are incredibly important for two reasons: first, they show that workers are increasingly getting fed up with their increasingly declining conditions — the so-called “Great Resignation” and the rise of the “anti-work” subreddit are also indicators of this, though ultimately as “strategies” they are impotent, as they rely upon individual rather than collective action — essentially isolating each worker in their own individualized reaction to the current situation. Second, the strikes also showed that workers are willing to fight their established unions’ leaderships. In many of the strikes, such as the ones at John Deere and Kellogg’s,workers voted down traitorous tentative agreements that their unions’ bureaucracies offered to them in hopes of limiting the wins of the strike quickly and easily. Increasingly, more workers are realizing that their leaderships are, in fact, misleaders driving them towards reconciliation with the bosses. Breaking with these bureaucrats is a vital step in organizing against Biden because the leaderships of the unions are in bed with the Democrats and, so, are more interested in maintaining the status quo than they are actually winning better conditions for workers.

While Striketober is over, class struggle certainly isn’t. Right now, we are seeing what could be the beginnings of a new teachers’ wave of resistance, reacting to the lack of Covid-19 safety measures in schools and decades of overwork and underfunding.

Another positive example of growing organization against Biden is the recent wave of student walk-outs. Across the country, primarily high school students are walking out of their schools to protest the criminally insufficient Covid-19 policies at most schools. This wave of student activism — organized specifically as students — shows us both that young people are increasingly refusing to be de-politicized by a system that seeks to disempower them and also the power of a fighting solidarity — walking out to disrupt the status quo —, rather than a performative one such as banging pots and pans for essential workers, for example. From the climate struggle to Black Lives Matter to this new wave of student walk-outs, students are taking a greater role in political movements than they have in many years.

It is in this light that, on the anniversary of Biden’s inauguration, the Audre Lorde quote that opened this article rings particularly true. We are all (or almost all) so angry. All the time. Because it’s very clear that the government that swore it would protect us refuses to. The CDC is siding with the bosses to force us back to work, Biden wants to make us pay student loans when many are still out of work or underpaid, even the tepid reform of forgiving $10,000 of the debt isn’t being passed, the federal minimum wage is still $7.25, and the climate crisis still goes largely unaddressed. We should be angry. Our anger is healthy. Our anger tells us that we deserve a better world than this one.

One Year of Biden