MTA Temporarily Averts Austerity. A Wealth Tax Could Save It. 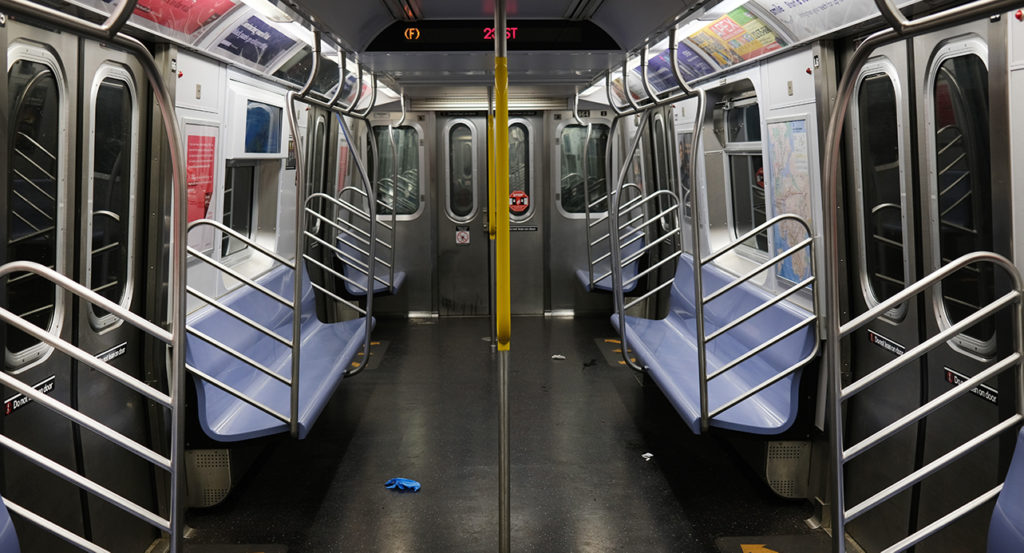 In late November, officials at New York City’s Metropolitan Transit Authority (MTA) announced their proposed budget for 2021. The proposal included a 40 percent reduction in subway and bus service and a 50 percent reduction in Long Island Railroad and Metro North commuter rail service, as well as layoffs and fare hikes. If passed, over 9,000 MTA employees would lose their jobs and commuters would be forced to pay more money for worse service on inevitably more crowded trains, a particularly dangerous possibility during a pandemic.

This Wednesday, as people gathered outside MTA headquarters to protest the proposed service cuts and fare hikes, the MTA board delayed this disastrous austerity measure, instead passing a status-quo-level $17 billion budget. This budget includes a loan from the Federal Reserve and will only balance if — and this is a big if — the MTA receives $4.5 billion from Congress in the next relief package “soon.” Despite the ongoing Covid-19 pandemic continuing to impact the housing, health, and employment of millions of people in the United States, Congress has failed to pass any relief measures since the initial CARES Act nine months ago.

There is another solution to the MTA’s (and New York City’s) enormous budget shortfall, rather than passing on the burden to the working class through job cuts and fare hikes or putting faith in an inefficient Congress. New York could impose a wealth tax. Throughout the streets of NYC and across the nation, the working class has shown up to protests, demanding relief with slogans like #MakeBillionairesPay and #TaxTheRich. While these campaigns have been taken up by the likes of Bernie Sanders and Alexandria Ocasio-Cortez on social media, there hasn’t been any real action on this front in Washington. Some unions have also expressed support for a wealth tax, but have so far failed to mobilize their members to actively fight for the measure. Words mean nothing until backed up with action.

New York City alone is home to over 100 billionaires, making it the greatest concentration of wealth in the world. Those billionaires could easily fund the needs of public infrastructure through a progressive wealth tax, but Governor Cuomo, cozy with the rich and powerful of New York, has constantly rejected the possibility of a budget fix that would impact his friends. And of course, billionaire capitalists aren’t going to voluntarily part with their wealth. So far, the state legislature and Cuomo, just like the MTA, have passed the buck to Congress to solve all of New York’s financial problems. This despite Washington’s total inaction on Coronavirus relief for the last nine months.

The impending austerity measures and debt-laden budgets of the MTA and New York City are not unique. Throughout the country, even before the pandemic, cities lacked funding for public infrastructure. Legislators perpetually threaten cuts to Medicare, Social Security, and education, while passing a $740 billion defense budget with bi-partisan support. Capitalists — Democrats and Republicans alike — are far more concerned with financing U.S. militarism and imperialism to protect the interests of multinational corporations than ensuring housing and healthcare for the working class in the middle of the worst health crisis in a century. A federal wealth tax would ensure funding for all our nation’s social safety net programs, as well as provide financial support to cities and states facing huge budget deficits in the coming years due to the economic slowdown throughout 2020.

The working class who rely on public transit to get to their jobs — the kind that generally can’t be performed from home — should not be the ones shouldering the burden of a budget shortfall that happened through no fault of their own. Even with the current budget, fare and toll hikes are still anticipated next year, though the exact numbers won’t be announced until January. With ridership anticipated to be well below normal levels for years to come, the MTA needs a more reliable funding source than a congressional relief package that isn’t guaranteed. (MTA president Pat Foye has said the agency will also need an additional estimated $8 billion to avoid the aforementioned service cuts in the coming years.) New York has the wealth to fully fund — and improve — MTA infrastructure, as well as make public transit free. Fully funded and free transit infrastructure must join the list of working class demands along with affordable housing, universal healthcare, and free public college, all of which could be paid for by implementing a tax on the wealthiest people in the wealthiest nation in the world.