Olaf Scholz has a good chance of becoming Germany’s next chancellor. Why has the media largely ignored his problematic record? 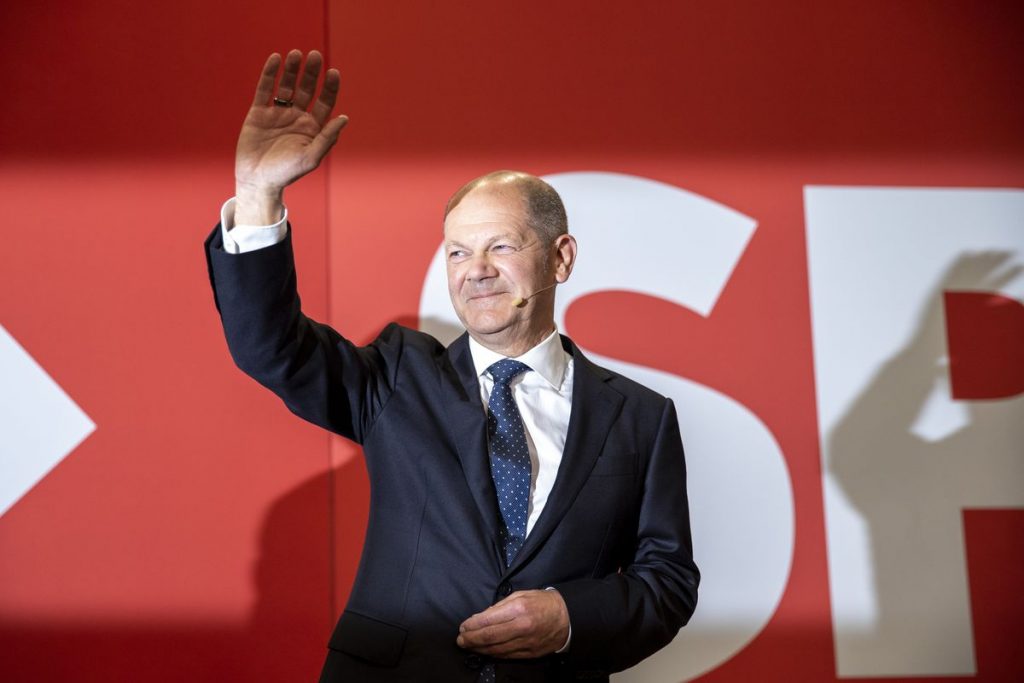 After winning 25 percent in the elections, Olaf Scholz has a good chance of becoming Germany’s next chancellor. The social democratic politician and current vice chancellor has long been known as the Scholzomat: while his rivals had to deal with humiliating gaffes, Scholz just keeps churning out the same old platitudes. His android-like diction would be a liability for most politicians — but at the moment, it seems like a big chunk of voters in Germany want their leaders to be as boring as possible.

It almost seems like Scholz is free of scandals. Armin Laschet of the CDU was pilloried for chuckling in the background during a press conference about the floods in his home state. Annalena Baerbock was accused of plagiarism because her book lists when different countries joined the European Union in the same order as a reference work. I don’t like either of these politicians — but I don’t understand how the media focus on these mini-scandals while largely ignoring the fact that Scholz has been accused of torture, corruption, and political violence.

You’re probably thinking this is just invective from a commie columnist. Scholz’s crimes have been documented by courts and parliaments. The following summaries are based entirely on reporting from mainstream sources.

Almost exactly 20 years ago, Achichi John was tortured to death. The 19-year-old Nigerian man was arrested in Hamburg on December 8, 2001, accused of dealing drugs. The Hamburg government had just introduced a new policy: suspected dealers were given ipecac to induce vomiting. John resisted, and five police officers restrained him on the ground so it could be forced into his stomach. John fell into a coma and died four days later.

German narcotics laws ban the possession of certain substances, but it is not illegal to have those substances inside one’s body. Police believed that dealers were swallowing their stashes when they got arrested — forced vomiting was supposed to secure evidence. Who was responsible for this horrific policy? Hamburg’s Interior Senator: Olaf Scholz.

After John’s death, other German states ended this cruel treatment. But not Scholz. Only in 2006, when the European Court of Human Rights ruled that this was torture, did Hamburg stop as well. Scholz has never apologised for having someone tortured to death. Henning Scherf was mayor of Bremen at the same time. Regarding a very similar police murder in 2005, Scherf has said: “I feel guilty that I made the death of this person possible, or at least justified this method.” What about Olaf?

17 days before the election, police raided Germany’s Ministry of Finance. They were investigating suspected money launderers — and the ministry’s Financial Intelligence Unit (FIU) was so incompetent that it appeared criminal.

As Finance Minister, Scholz has made sure Germany remains a paradise for money launderers, as the weekly Der Spiegel puts it. While just about every other country in Europe has limits on the use of cash, for example, in Germany it is still perfectly legal to buy an apartment building for millions of euros and pay with garbage bags full of cash.

This affects us all: in Berlin, the government has no idea who owns between 25 and 50 percent of the property in the city. Rampant speculation and money laundering is driving up rents and attracting criminals. The person defending this system is Olaf Scholz.

Corruption is rampant in Germany, but Scholz is in a league of his own. The biggest corporate scandal in Germany’s post-war history took place on his watch as finance minister. Wirecard, which had made it onto the DAX index of Germany’s top 30 companies, was revealed to be a house of cards with almost 2 billion euros in fictitious income.

When Scholz was mayor of Hamburg, banks across Germany were using a tax cheat called Cum-Ex to steal over 30 billion euros from public coffers. Hamburg’s Warburg Bank was among the many fraudsters. They were told to pay back €47 million they had stolen — until, mysteriously, the city decided to waive the bill. Around the same time, Scholz met with the bank’s owner. Today, he says he has no memory of what they discussed.

Scholz brought the G20 summit to Hamburg in 2017. The event brought 20 heads of government to the hanseatic city, and also up to 100,000 demonstrators. The summit was among the largest police operations in Germany’s history, with well over 30,000 officers from across the country shutting down Hamburg for five days, at a cost of €130 million.

Hamburgers obviously hated it. But their mayor got a nice career boost.

The scenes of police violence from those days are still hard to stomach. Numerous demonstrators had their bones broken, with at least 189 going to hospital.

Scholz justified this with bald lies: he claimed, for example, that over 500 police had been injured during the summit. When journalists started checking the numbers, the police were forced to admit that this included “Injuries” caused by standing in the sun too long, catching a cold, or breathing in their own tear gas.

Now, four years later, with endless hours of beatings available on Youtube, not a single charge has been filed against police officers. Instead, the courts are going after injured demonstrators. People have spent months in prison because they might have been in a large group from which an empty bottle might have flown in the general direction of police.

Such half-assed lies to suspend the right of assembly would likely make Vladimir Putin blush. But for Scholz, this is a high point of his resume.

Germany’s system is kind of amazing. A politician with a record like this would have trouble getting elected in Panama or Kazakhstan. Yet somehow German media are willing to act like this is absolutely normal.